BBG, the Germany-based developer and producer of molds, machines and end-to-end manufacturing systems for the plastics-processing industry, announced that it has successfully shipped an end-to-end production line for the series production of carbon-fiber reinforced plastic (CFRP) window frames for the Airbus A350.

BBG, the Germany-based developer and producer of molds, machines and end-to-end manufacturing systems for the plastics-processing industry, announced that it has successfully shipped an end-to-end production line for the series production of carbon-fiber reinforced plastic (CFRP) window frames for the Airbus A350.

The new line is headed for the town of Immenstaad on Lake Constance, the home of ACE Advanced Composite Engineering GmbH, a company that produces carbon fiber-reinforced plastics components for Airbus in Hagnau (Germany). As often is the case in metal-to-plastic conversions, the new CFRP frames are replacing the aluminum that used to be used for this application, for weight-saving purposes. 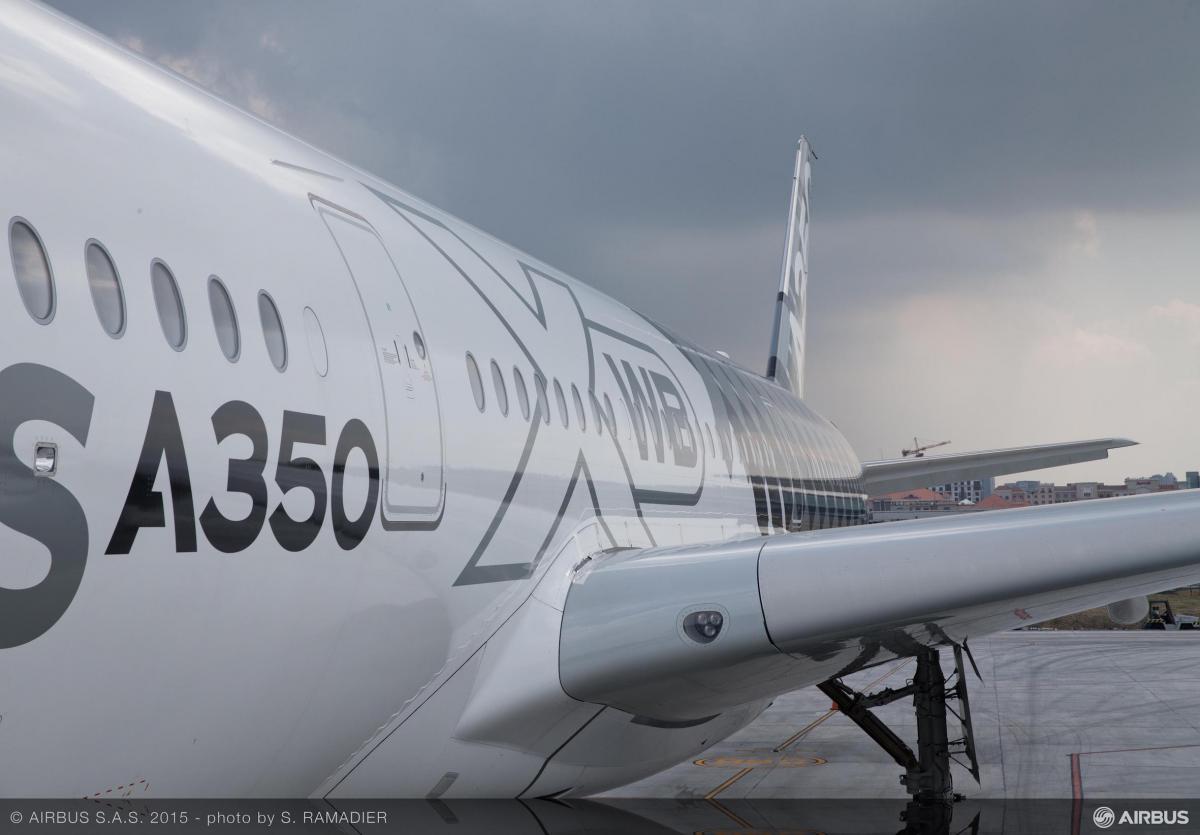 The first phase of the contract included two 1 meter x 1 meter BFT-C mold carrier systems, designed as a press with a clamping force of 100 t, an in-mold turning unit and a demolding unit. The delivery of another four BFT-C systems is scheduled in the near future.

This is the second major contract awarded to BBG for the delivery of production lines designed for the series production of fiber-reinforced plastic components for the aerospace industry; in 2012, the company also built and delivered an end-to-end production line for lavatory sheets to a Boeing supplier in the Philippines.

The mold is secured in the in-mold turning unit with the help of an automatic mounting system. To open, the two parts of the mold are lifted in a short parallel movement and then swung open 180 degrees. The ergonomic design conveniently allows the operator to place the prepared carbon fiber preforms in the mold.

The in-mold turning unit comes with a fully insulated heat chamber with integrated heating plates, so that any molds so equipped can be heated in an energy-efficient fashion. A special trolley is used to introduce the mold, including the preforms, into the BFT-C mold carrier, where the resin is injected, after which the component is baked. Finally, the mold is opened in the mold carrier and the component is demolded in the demolding unit. This unit, too, can be swung open 180 degrees so that the window frame is easy to remove.

The company can look back on over three decades of experience in the development of lightweight structures and the manufacturing of CFRP components for the aerospace, automotive and machine construction industries. ACE also boasts a great deal of expertise in the design and production of CFRP window frames.

According to the company, stringent geometric, mechanical and commercial requirements were laid down for the Airbus A350, all of which were successfully met. ACE developed the CFRP window frames with RTM technology, completed the prototype and created a concept for the series production of up to 8,000 CFRP window frames per year, for which they were awarded the contract by Airbus.