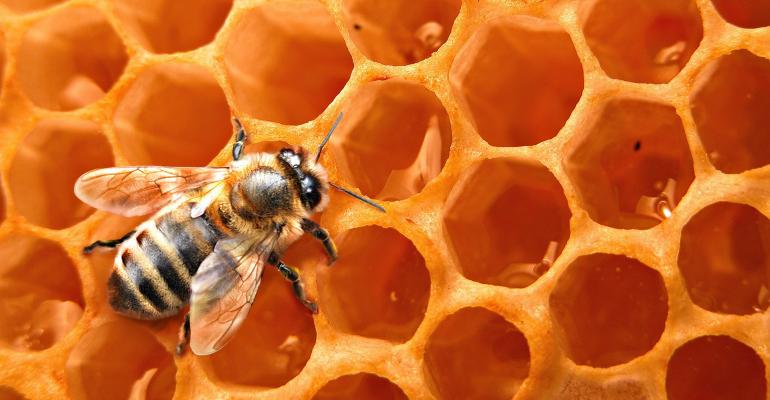 Waste plastic polluting the environment is a modern scourge, the adverse impacts of which have been frequently documented, sometimes in grisly detail. Now, however, Canadian researchers report that nature's ability to evolve and adapt may even extend  - in some cases - to plastic.

Waste plastic polluting the environment is a modern scourge, the adverse impacts of which have been frequently documented, sometimes in grisly detail. Now, however, Canadian researchers report that nature's ability to evolve and adapt may even extend  - in some cases - to plastic.

A recent article published in the journal Ecosphere authored by York University Faculty of Science PhD Candidate J Scott MacIvor and Andrew Moore of the University of Guelph, reported that two species of wild bees have been found to be using polyurethane and polyethylene to build brood cells in nests.

The researchers wrote that "The plastics collected by each bee species resembled the natural materials usually sought; Megachile rotundata, which uses cut plant leaves, was discovered constructing brood cells out of cut pieces of polyethylene- 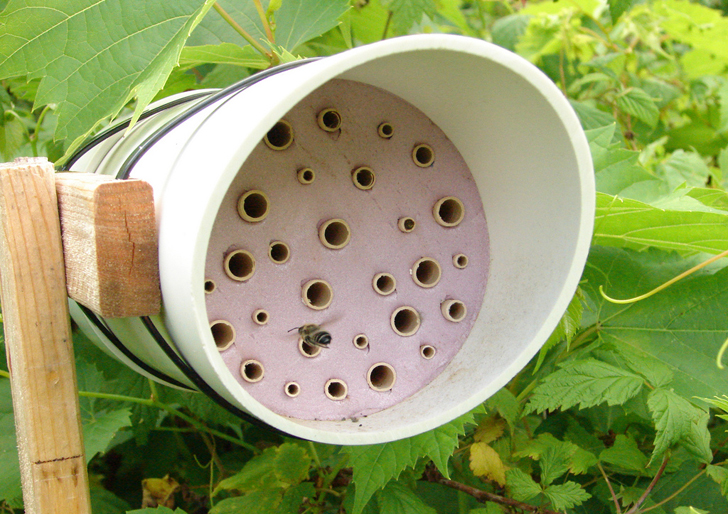 based plastic bags, and Megachile campanulae, which uses plant and tree resins, had brood cells constructed out of a polyurethane-based exterior building sealant."

The discovery that bees were incorporating plastic waste into their nests was made during routine inspection of the trap nests that had been set up in Toronto in 2012 for research investigating urban landscape factors influencing bee populations. "It was during inspection of the nesting tubes we discovered non-natural materials built into the nests of two different bee species," the researchers said, noting that, while birds have been documented as using plastics as materials in nest building, almost no examples of insects using manmade materials instead of natural nest-building resources exist.

Whether or not the bees intentionally collected the plastic when searching for their usual nesting materials is anyone's guess. As the researchers pointed out, polyurethane-based sealants are commonly applied to the exteriors of all forms of buildings, but plants and trees providing sticky sap and resin are also common in the city. Natural resins were found in the nesting cell series both behind and in front of the plastic material, indicating that the use of polyurethane-based sealants by Megachile campanulae might be incidental and not due to any lack of natural resin options.

The leafcutter bee species that were discovered using polyethylene bag pieces normally built their nests by chewing on leaves, producing juices and pulp which cause the leaves to stick together to form a brood cell. The plastic pieces incorporated into the bees' nest together with the leaves showed coarser and less uniform chew markings than the leaves from the same brood cell, and they adhered far less well. The bees apparently compensated for this by using the plastic pieces only near the end of the cell series, suggesting, according to the researchers that "bee naiveté does not appear to be the cause for the use of plastic."

While plastic waste in bees' nests might not provide optimum conditions for brood survival - examples of plastics inhibiting essential functions in other animals abound - all specimens in the study survived to adulthood after artificial rearing in the lab. What's more, the bees emerging from the polyethylene/leaf nests were all free of parasites (unlike the polyurethane-using bees), leading the researchers to hypothesize that "there may be some advantage in using plastic as a nesting material, as it might physically impede parasites infecting a recognized host."

As more human-made material and products build up in both urban and non-urban landscapes, it is interesting to discover how the natural world can adapt and integrate this into natural ecological processes. As these researchers wrote: "Although perhaps incidentally collected, the novel use of plastics in the nests of bees could reflect ecologically adaptive traits necessary for survival in an increasingly human-dominated environment."