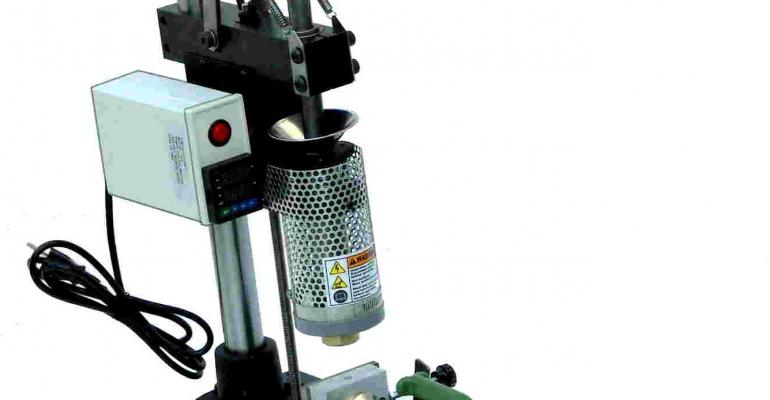 The company behind the bench-top hand-operated injection molding machine that launched in November 2011 and has seen 60 units sold is now trying to find funding for a larger, upgraded model.

The company behind the bench-top hand-operated injection molding machine that launched in November 2011 and has seen 60 units sold is now trying to find funding for a larger, upgraded model. LNS Technologies, the company that introduced the PIM-Shooter Model 20A is now hoping to launch the PIM-Shooter Model 150A, seeking investors on Kickstarter, the popular crowd-funding site (Kickstarter video at bottom).

"Many potential customers have been asking for a similar low-cost injection machine to the Model 20A, but with a larger shot capacity," PIM-Shooter creator John Warobi told PlasticsToday. "The new model is larger so that it makes bigger items."

In addition to an increase in its size, the newest version is also a self-contained unit, eliminating the need for the drill press, which was the operating mechanism for the Model 20A. 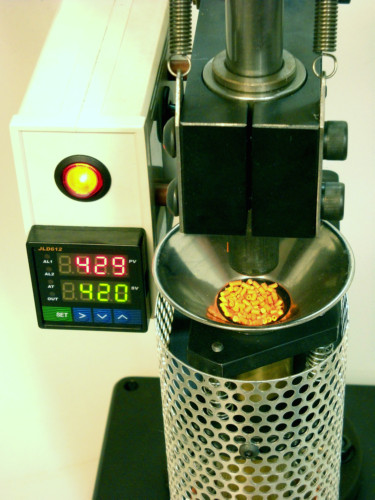 "As an accessory to the bench Model 150A, we are going to be selling a quick-release toggle clamp to reduce the time it takes to clamp and unclamp the mold," Warobi said.  "The second video on our Kickstarter project site shows the Model 150A producing three parts in one minute using the quick-release accessory. That translates into an impressive 180 parts per hour."

Materials that have been tested include ABS, acetal, PLA, HDPE, PS PP, LDPE, TPE, and EVA. Warobi's customers have used the 20A to make everything fishing lures and golf tees to guitar picks. Potential applications for the new, larger Model 150A include action figures, larger fishing lures, and more.

Plug it in and mold
The machine is simple to operate: just plug it in, set the temperature, add resin pellets, or you chopped up PET bottles, then clamp the mold and pull the handle. When the cycle is complete: release the toggle clamp; remove the part; degate; and you're ready for the next part.

The molds used in both the 20A and the 150A are aluminum, which offers good head transference and thus cools the part fairly quickly, Warobi noted. "We have found that one develops a certain rhythm when using the machine, since after each injection stroke, the operator needs to manually add more pellets for the next cycle. This seems to give just the right amount of time for the part to cool," he said.  "So the rhythm goes like this: insert and clamp the mold, perform the injection stroke, add pellets for the next cycle, unclamp the mold and remove the part, immediately repeat the cycle."

Nearing the Kickstarter goal
Warobi is looking for pledges of $1500 or $1800 on the Kickstarter, and at press time, he had 19 backers, putting up $6339, almost 64% of the goal with 32 days to go. Warobi only ships to U.S. addresses because of the 45-lb weight of the Model 150A unit, which is delivered in a wooden crate.

Warobi said that he needs the funding for the larger model because he would like to contract with a local CNC machine shop to machine the components of the PIM-Shooter 150A, in order to fill larger orders and get the price down.

Better detail than 3D printing
When asked how the PIM-Shooter compares with 3D printing, Warobi noted that while the 3D printers are "very popular" and "may seem like an attractive alternative to injection molding, since tooling isn't required, 3D printers in the same price range as our machines cannot produce the detail that one can get with hard tooling.

"But we feel that injection molding will always be at an advantage for any sort of actual production," he added.