All considering, 2014 was not at all a bad year - at least in terms of bioplastics innovations and applications, that is.

All considering, 2014 was not at all a bad year - at least in terms of bioplastics innovations and applications, that is.

As designers, processors and manufacturers cautiously adapt to the idea of green plastics, the use of renewably sourced materials is being introduced in more and more application areas. Looking back at some of the developments we covered over the past months, it was clear that, while packaging remains a key area for bioplastics, new applications are turning up at an increasingly rapid pace, ranging from the automotive industry - both under the hood and in the interior - to coffee capsules, air fans and even corks. 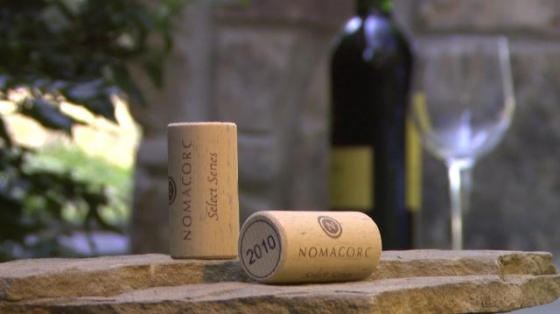 The latter story [Corked wine a thing of the past with a 'green' Corc] particularly generated a lot of interest this spring, when we wrote about this wholly new application for Braskem's green polyethylene developed by a company called Normacorc. In the 15 years since Normacorc was founded, its synthetic corks, initially developed in order to solve the problem of "corked" wine, have become the world's leading brand of synthetic wine closures. This year, motivated by a desire to develop a more sustainable packaging solution, the company introduced its first green Corc made of Braskem's I'm Green PE, which it called the Select Bio plant-based wine bottle closure. "The use of Braskem's green polyethylene made from sugarcane gave us the materials we needed to offer our customers carbon-neutral corks," said Olav Aagaard, principal scientist at Nomacorc. Braskem's green plastic is made from sugarcane ethanol, a 100% renewable raw material, and captures 2.15 kilograms of CO2 for every kilogram produced. It's a drop-in replacement in the plastic production chain - not biodegradable, but recyclable in the same recycling chain as used by traditional polyethylene.

Lego [Lego investigates shift to bioplastics] certainly caught our attention this year with its mention that it was looking at the possibility of using PLA for its iconic plastic blocks, as part of a long-term sustainability program. A volume application if ever there was one: as the world's premier construction toy brand, Lego annually consumes 60,000 metric tons of plastic, mostly ABS, at giant captive molding plants in Denmark, Mexico, Hungary and, as from 2017, China. "I know it will happen; it is just a matter of time," Alan Rasmussen, a materials engineer at Lego said at a presentation at the Innovation Takes Root conference early in 2014. However, although they look deceptively simple, Lego blocks are actually a very clever feat of plastics engineering. More research is required to solve the various issues seen with the blocks made of PLA and the various other bioplastic materials being tested.

Back when Bayer MaterialScience starting experimenting with ways to turn CO2 into useful plastics, the response from much of the industry was a polite guffaw. No more. With the first polyurethane matrass based on CO2 planned to sell in 2016, Bayer's 'dream' is starting to become real. And in 2014, we reported on the progress the company had made with this Dream Polymers project [Bayer MaterialScience dreams of expanding range of CO2-based plastics]: researchers at Bayer developed a new technology which involved incorporating CO2 at the precursor level, replacing 20% of the petroleum needed. Earlier technology had already yielded a 20% reduction in the amount of petroleum used. "We have now succeeded in reducing the petroleum content to just 60%," said Project Manager Christoph Gürtler. What's more, according to the company, the technology is suitable for the production of other plastics, as well.

And finally, perhaps the best news about bioplastics this year was the fact that, well, they're no longer real news. "At Interpack this year, one of the statements heard again and again was 'we are already working with bioplastics','" said Hasso von Pogrell, managing director of the European Bioplastics association. As bioplastics go mainstream, their use - in packaging applications [Bioplastics in packaging come into its own] at least - is apparently increasingly becoming a taken-for-granted reality.