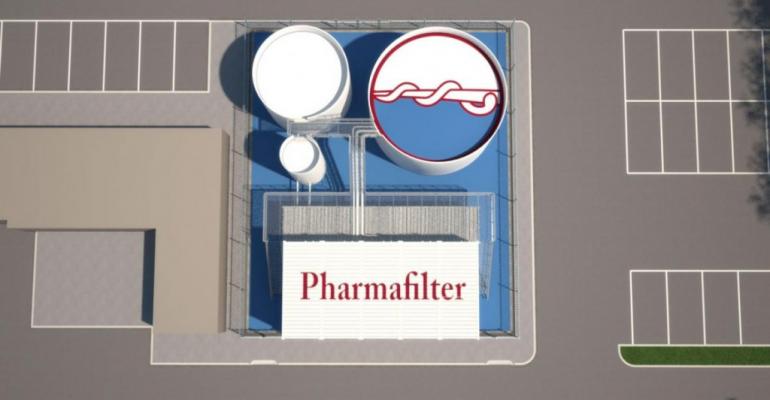 Healthcare activities generate a broad range of waste materials, from used sharps and dressings to pharmaceuticals, chemicals, body parts and other organic waste. It has been estimated that fully one-third of all movements in a healthcare facility are related to the transport of this waste, bio hazardous and otherwise. Hence stringent waste management procedures are crucial to ensure the safe and efficient disposal of hospital waste.

Healthcare activities generate a broad range of waste materials, from used sharps and dressings to pharmaceuticals, chemicals, body parts and other organic waste. It has been estimated that fully one-third of all movements in a healthcare facility are related to the transport of this waste, bio hazardous and otherwise. Hence stringent waste management procedures are crucial to ensure the safe and efficient disposal of hospital waste.

According to prevailing wisdom, this starts with strict segregation at the point of generation in order to keep the risk of contamination to a minimum.  However, a young Dutch company called Pharmafilter begs to differ. Why all the effort to segregate and transport the different waste streams in carts through the healthcare facility, potentially raising the risk of exposure of hospital workers, patients and visitors to hazardous materials, they asked. Why not combine everything into a single stream, treat all waste as biowaste and process it all together? At a hospital in Delft, the Netherlands, they put their idea to the test.

Pharmafilter devised a system that makes use of the hospital's internal sewage system to dispose of all waste - organic, biohazardous, sharps, plastic, everything. The company developed shredders, called 'Tontos,' which they have installed

at strategic sites around the hospital, into which all waste is deposited. On the wards, the Tonto takes the place of the traditional bedpan washing stations. The Tonto shreds all waste and conveys it through the drains and sewer of the hospital to the Pharmafilter installation, located on the hospital grounds. All further "contact moments" with the waste have thus been cleanly eliminated.

At the Pharmafilter installation, the water is separated out and the waste is further ground up, sieved, and anaerobically digested to produce biogas, which is used to run the installation. What is left is further decontaminated at 100oC and compressed into briquettes that can be used for industrial fuel. The water is completely purified -filtered using a membrane bioreactor, ozonified, and subjected first to activated carbon filtration in order to remove any metabolites resulting from the ozone treatment and then to UV radiation- and reused by the hospital as 'process water', i.e. for the central heating system, flushing and cleaning the Tontos, flushing toilets, container cleaning etc. The purification process used by Pharmafilter has proven to be highly effective in eliminating pharmaceuticals and other chemicals, more so even that most drinking water purification plants.

Amazingly, too, the entire Pharmafilter installation is completely stench-free: a highly effective air extraction and treatment system designed for odor removal and sterilization has been installed, among other things, to prevent potential pathogens entering the environment.

Next to developing a closed-loop system that, says Pharmafilter, offers a cleaner and cost-efficient hospital waste disposal solution, the company is also actively promoting the use of biopolymers in an area in which these are not yet common. In fact, these are an important key to the functioning of the system. Already, the company has introduced an innovative bedpan, called the Olla and a disposable urinal (the Botta), made of PHA, both of which are easily disposed of in the Tontos and digested in the digester. As the company points out, more organic waste means more biogas, on which system runs. The hospital is enthusiastic, citing advantages such as substantially lower cross-contamination risks, convenience and cost savings.

Working in close cooperation with the hospital, already a list of more than 200 products has been compiled, all of which are eligible for replacement by a bioplastic alternative. Pharmafilter is working to develop these products itself, as they are largely unavailable from conventional manufacturers of medical supplies.  To that end, the company is engaged in investigating and testing various bioplastics and bioplastic blends. One area with huge potential is that of incontinence supplies, says Pharmafilter. Replacing these with bioplastic alternatives would open up a new, very promising market for bioplastics. Ultimately, says the company, the ambition is to achieve an end-of-life closed loop.

And it's good news for biopolymers manufacturers, to whom it means new applications and new volumes in a market segment in which hitherto bioplastics had been relatively unknown.

The system has been successfully operating at the Delft hospital for the past few years, and is now also being installed at another hospital in Terneuzen, which is currently under construction. Facilities around the world have expressed great interest in finding out more about the system and the advantages it offers, and other projects are scheduled.