If You Think Plant-based Plastics Are Better for the Planet, You’re Barking Up the Wrong Tree 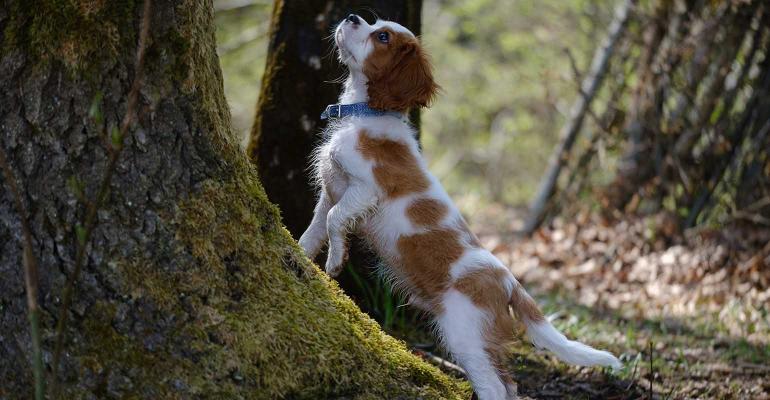 In honor of World Environment Day on June 5, the Plant Based Products Council is urging expanded use of plant-based products to help meet climate goals. But there are two sides to this debate.

The Plant Based Products Council (PBPC) is getting ready to celebrate World Environment Day on Saturday, June 5, and is encouraging “people across the world to be part of the restoration generation and take action to protect our Earth,” said an announcement from the organization. “Expanding the use of plant-based products is an important step toward meeting key climate goals.”

Obviously, the PBPC is promoting plant-based products as an eco-friendly alternative to “traditional products derived from fossil-fuels” (aka plastics). The PBPC notes that products made from renewable inputs such as algae, bamboo, and more, offer better end-of-life options “including composting and recycling.”

Plant-based plastics, while gaining in popularity to some degree, are also taking some hits for “greenwashing.” The PBPC denies that its member companies are engaging in such tactics. The group claims that the use of plants to make plastics won’t compete with food crops and threaten food security. “Bio-based plastics are made from plants that take carbon from the atmosphere and petroleum-based plastics are made from carbon buried deep in the ground,” said PBPC’s website on myths and facts. “Many bio-based products are compostable or recyclable and, thus, avoid being left in the environment for hundreds of years.”

Large trees among the best carbon sequestration tools we have

It’s true that plastics can be made from almost any type of carbon source, from canola oil (PHA) to corn (PLA), and any type of natural carbon source, including pulling CO2 from the atmosphere. Plants are excellent CO2 sinks, and large trees are some of the best carbon sequestration tools we have. So why do we want to process plants and trees, which release more carbon into the atmosphere (if, scientifically, someone is actually concerned about the trace CO2 gas)?

There are two sides to the tree debate, with some forestry companies wanting to cut trees and make wood pellets for heating fuel and some of the large oil and gas companies paying foresters not to cut the trees so they can be used as carbon offsets for getting to net-zero carbon by 2050.

Many consumer product companies are focusing their efforts on going back to paper and paperboard for packaging to replace plastics. Sweden’s PulPac AB, specializing in the Dry Molded Fiber process for packaging, uses paper or wood pulp separated into fibers at a mill. PulPac recently announced it has been granted support for barrier development within the Swedish strategic innovation program, BioInnovation. The goal of the project is to develop new materials and evaluate application methods that enable the integration of more environmentally friendly hydro- or oleophobic barriers in dry molded processes, said PulPac.

Working in collaboration with PulPac, Nordic Barrier Coating will contribute its expertise in the development of non-woven materials, integrating pioneering chemistry and lamination of barriers on cellulose-based materials. A successful outcome of the project will enable the creation of several types of completely sustainable packaging products with high barrier properties that protect against grease and moisture, for example, said PulPac.

PulPac recently partnered with Dan-Web’s extensive engineering capabilities and technologies to develop standardized machinery for Dry Molded Fiber processing to replace single-use plastics with affordable fiber-based alternatives. According to PulPac’s announcement, its patented Dry Molded Fiber technology results in a CO2 footprint that is up to 90% lower than plastic at the same or lower cost.

Sweden’s forests encompass approximately 57% of the country’s land mass. Sweden is the second largest exporter of pulp, paper, and sawn wood products in the world, which means it has a lot of raw materials to work with to rid the country of plastics.

But never fear — the tree huggers are not sitting idly by while deforestation happens. An announcement from Pack4Good on June 2 said that the “movement to save the world’s ancient and endangered forests from ending up as take-out containers, shoe boxes, or other paper packaging just got kicked up a notch.” Twenty-nine new brands, ranging from footwear and food and beverage to beauty and fashion companies, have committed to Pack4Good and will eliminate controversial forest fiber from their packaging while speeding the uptake of packaging made from things like agricultural residue. The Pack4Good initiative now comprises 156 brands, worth over $78.5 billion in revenue.

According to the organization’s announcement, roughly three billion trees are cut down every year for paper packaging. “That is 95 trees every second, over 5,000 every minute, over eight million every day, many from the world’s most integral forests. That’s a massive number of trees going into packaging that is often thrown out in seconds, resulting in major impacts to climate, biodiversity, and human health,” said Pack4Good, an initiative of Canopy (Toronto), a not-for-profit environmental organization dedicated to protecting forests, species, and climate.

“The companies that are joining Pack4Good are the out-of-the-box thinkers we need — leaders ready to transform paper packaging supply chains and scale up solutions to save forests and our climate,” stated Nicole Rycroft, Executive Director of Canopy. “We have so many solutions just waiting to be implemented; it’s time to take them from the margins to the mainstream.”

Back to the future in material science

More than 100 years ago, entrepreneurs researched and discovered a new material that would not only preserve trees but also save whales (bones used for corset stays and other items), elephants (ivory for jewelry and piano keys), thousands of animals killed for their pelts, and much more. Over the past 100 years, those materials have been developed to the point that today they provide food safety (no more tin cans welded with lead), lightweight vehicles (requiring less fuel), single-use medical devices (no sterilization needed), and much more. That was real progress.

Today, we find ourselves going back to the future by seeking to replace that miracle material — plastic — which uses natural raw materials from under the earth. Instead, some want to use natural materials on the earth, risking deforestation, increased CO2, and a negative economic impact. I know I’ve said it before — and often — but once again I’ll quote Jon Huntsman Sr.: “Use old dinosaurs — not new trees.”