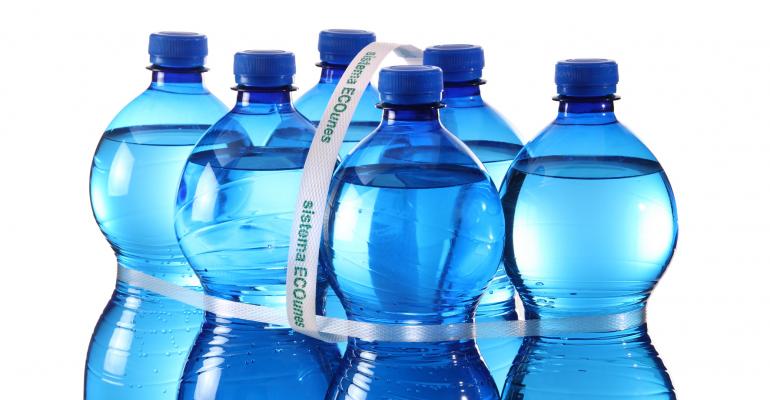 First to Swiss stretch blowmolding machinery manufacturer Magplastic (Switzerland), part of the SIH Group, which has launched what is claimed to be one of the most flexible PET bottle blowing machines available, capable of producing bottles sized from 40ml to 2 liters.

The new SSB03i was developed to cater to the demands of the Indian market, where Magplastic established a dedicated facility in Pune in 2004. Magplastic specializes in linear stretch blowmolding machines, as compared to the rotary high-volume models made by Sidel and Corpoplast.

The SSB03i was co-developed with beverage bottler Bisleri, which has a 40% market share for bottled mineral water in India. Traditionally bottled water sales in India have been in small bottles, but increasingly consumers are willing to purchase larger bottles too. While volumes as yet are relatively low for large bottles, Bisleri wanted a machine that was capable of producing a variety of sizes, both small and large, in order to be able to meet both current and future needs.

The Magplastic machine has an output up to 3800 bottles per hour (bph) in a 3-cavity configuration blowing bottles with volumes from 40ml - 1 liter, and 1800 bph for bottles from 1.25 - 2 liters as a 2-cavity machine.

Krones says the development was driven by its goal to create a resource-economical alternative to shrink film-wrapped packs. According to Krones, the LitePac strapping can be up to 50% less costly than shrink film.

[Editorial aside: Will consumers like the straps? That's the question on my mind. The savings may be extraordinary for the bottlers but, if no one buys his beverages, then all of the savings in the world won't get him very far. Shrink film wraps of PET bottle six-packs are hardly perfect, though, and my unscientific opinion is that thin gauging seems to be leading to more wraps tearing, usually as a person is in the middle of a parking lot heading towards his car. But if you've ever had a PET or nylon strap eat into the soft flesh of your palm, then you'll like me be in the Missouri camp ("Show me") on these straps.]

Special features on the unit include an extra long (144 inch / 3.65 m) stroke part takeout mechanism, as well as a remote operator station on wheels. The machine was programmed for robot sequencing by Graham with Mergon designed and installed robotic systems.

Mergon Automotive specializes in the design, development, and production of technical plastic moldings for the automotive industry. Its applications include air ducts and intake systems, windshield washer systems, reservoir bottles and expansion tanks, fuel filler pipes, load carrier and trim parts, seating applications, spoilers, and small off-road engine fuel tanks, made at its facilities in Ireland, the U.S.A. and the Czech Republic.