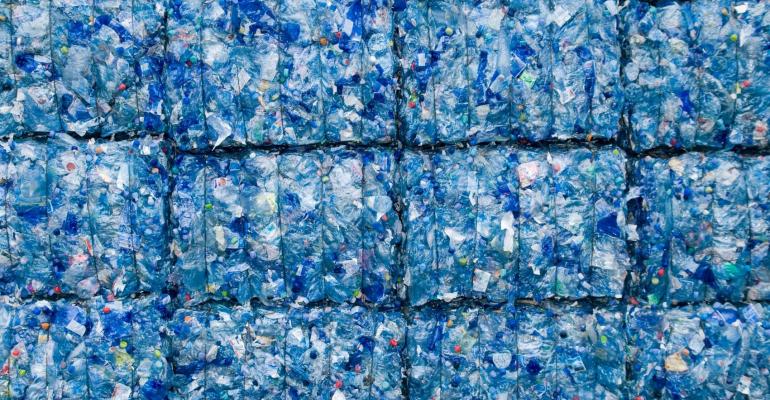 “The message to American consumers is that plastic bottles are valuable resources even after they’ve been used,” said Steve Alexander, Executive Director of APR. “Americans generated an estimated $730 million in recycled plastic bottles in 2014. The simple act of recycling helps generate local revenue, supports recycling jobs, and enables us to continue to benefit from these useful resources.”

In 2014, the collection of high-density polyethylene (HDPE) bottles—milk jugs, bottles for household cleaners and detergents—climbed to nearly 1.1 billion pounds, a gain of over 62 million pounds from 2013. The recycling rate for HDPE bottles rose to 33.6%.

A higher percentage of all postconsumer plastic bottle material was processed by domestic reclaimers in 2014. Exports of all postconsumer plastic bottles rose slightly (in pounds) but fell to the lowest percentage of exports in six years (21.9%) as the amount of bottles collected increased faster than did exports, according to the report. The drop in exports may reflect the strength of the U.S. dollar and growth in domestic reclamation capacity.

“This report clearly illustrates 25 years of year-over-year growth in recycling plastic bottles,” added Steve Russell, Vice President of Plastics for the American Chemistry Council. “Plastics help reduce energy use and conserve resources—and after use, these efficient products and packages are increasingly valued as recycled materials. We’re confident that plastics recycling will continue to grow, and we will continue working to accelerate that growth.”

Together, polyethylene terephthalate (PET) and HDPE bottles continue to make up nearly 97% of the domestic market for plastic bottles with PP comprising 1.9%, LDPE 0.8% and PVC 0.4%.

The 25th annual National Post-Consumer Plastics Bottle Recycling Report marks the twenty-fifth consecutive year that Americans have increased the pounds of plastic bottles collected for recycling since the survey began in 1990.