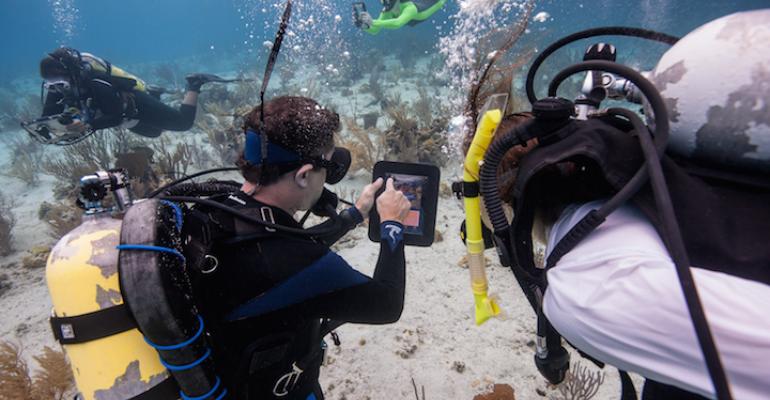 For decades, the plastics processing industry has known that new applications abound for those who are innovative and creative. The International Association of Plastics Distribution (IAPD; Overland Park, KS) announced the recent winners of the third annual IAPD Plastics Application Design Competition, selected during IAPD's 59th Annual Convention and Plastics Showcase in San Diego, CA. Four finalists—three in the Corporate Division and one in the Collegiate Division—were selected to present their applications to convention attendees.

For decades, the plastics processing industry has known that new applications abound for those who are innovative and creative. The International Association of Plastics Distribution (IAPD; Overland Park, KS) announced the recent winners of the third annual IAPD Plastics Application Design Competition, selected during IAPD's 59th Annual Convention and Plastics Showcase in San Diego, CA. Four finalists—three in the Corporate Division and one in the Collegiate Division—were selected to present their applications to convention attendees. The delegates then voted for their favorites and the winners were announced. 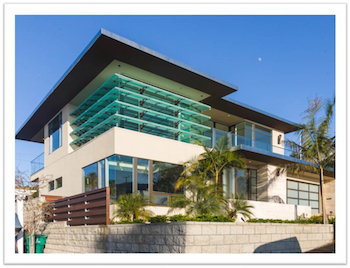 The first place award in the Corporate Division went to IAPD distributor member ePlastics, a Ridout Plastics Co. (San Diego, CA), for its "Louvers by Design" project. The project was installed on a custom home in the suburban town of Point Loma, CA. The home's design required a custom solution that would diffuse sunlight coming into the main living area, while offering second-floor residents a clear view of the Pacific Ocean. The project's complexity comes from the combination of its visual impact on the house and its requirements to be strong, durable, and be able to withstand varying temperatures and tolerate fluctuations in the weather. LuciteLux Frost was selected because of its opacity level and color, which blends in nicely with the ocean. The material has a high thermoform tolerance, enabling it to be heated and wrapped around a frame in a controlled and uniform manner, while avoiding kinking and cracking.

Second place went to distributor member Curbell Plastics Inc. (Orchard Park, NY) for its solution to a bridge construction project. The application consisted of ultra-high molecular weight polyethylene (UHMW-PE) slide rails that were used as an element of accelerated bridge construction (ABC) methodology for the Cottonwood Creek bridge replacement in Yale, OK. The structure was built in 1961 and had become badly deteriorated. The ABC approach was embraced because a road closure would result in a 29-mile detour for the residents of the town. Traditional bridge replacements take 180 days, but by building the new bridge on UHMW-PE slide rails adjacent to the old bridge, then moving the new bridge into place, the bridge replacement required only seven days of road closure. This was the first time that "bridge sliding" was used in the state of Oklahoma. The UHMW-PE provided the necessary low friction, compressive strength and toughness that this project required. 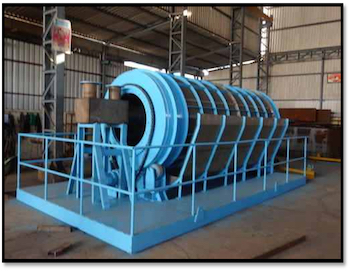 The third place award went to IAPD distributor member Cope Plastics Inc. (Alton, IL) for a metal-replacement application, a cover for a large barrel used to clean root vegetables in a food processing operation. The barrels spin at a high speed to wash mud and dirt from the vegetables. Once the vegetables are clean, the cover is removed from the barrel and the vegetables are sorted. The previous barrel cover had been made from aluminum, but it was difficult to wrap around the large barrels, and the workers were cutting themselves on the sharp edges. Tivar H.O.T. from IAPD manufacturer member Quadrant Engineering Plastic Products (Reading, PA) was selected as the replacement material because it could withstand the high temperatures when the barrel is spinning, plus its chemical resistance properties allow it to stand up to the chemical wash applied between uses. In addition, is it an FDA-compliant material. 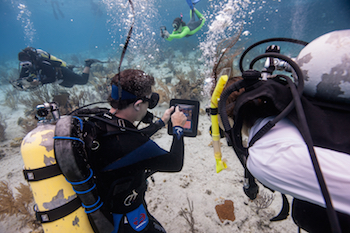 First place in the Collegiate Division went to Art of Mass Production (San Diego, CA) and iNova for their iDive application, a waterproof housing for the iPad. The project began with Professor Michael Berumen, a marine biologist at King Abdullah University of Science and Technology (KAUST) in Saudi Arabia. He and his students and research associates needed a way to use an iPad under water to perform data collection in real time, rather than collecting data by hand using a grease pencil and underwater slate and later inputting it into a computer system. By using a digital collection device, these tasks can be much more efficient and the volume of data can be substantially increased. The iDive device provides functionality for most standard iPad applications, including photography and video. The development team selected Makrolon 2805 PC from IAPD manufacturer member Covestro (former Bayer MaterialScience) for the main body of the housing because of its corrosion resistance and cost effectiveness.

"I congratulate ePlastics, Curbell Plastics, Cope Plastics and the iDive team, and thank them for participating in the IAPD Plastics Application Design Competition," said IAPD CEO Susan E. Avery, CAE. "Our distributor, manufacturer and fabricator members are involved in many innovative projects, and these entries show four very different ways in which plastics are being used. This competition is a wonderful way to celebrate all the positive aspects of plastics. Plastics have incredible application stories to tell and the competition will help IAPD promote the uses and benefits of plastics to a broader community."