A booming economy and an already record-breaking NPE—what could possibly go wrong? 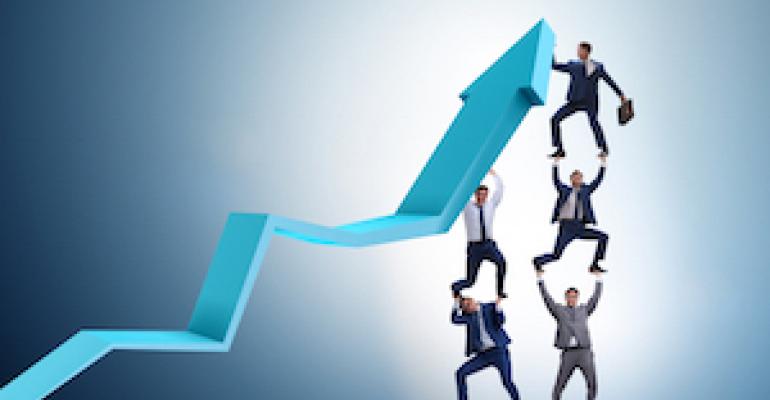 Since its inception in 1946, NPE has unfolded under all manner of economic cycles—the good, the bad and the meh. 2018 has the potential to be a banner year for the economy as well as the show, but a possible trade war and the outcome of the NAFTA negotiations could derail that outlook. 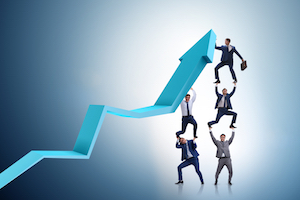 Since its inception in 1946, NPE has unfolded under all manner of economic cycles—the good, the bad and the meh. During a webinar on the state of the plastics industry near the end of last year, Perc Pineda, Chief Economist for the Plastics Industry Association (PLASTICS; Washington, DC), forecast a robust 2018 for the economy at large and the plastics industry specifically. Improving economic conditions and strong fundamentals domestically will result in a ninth straight year of expansion for the plastics industry, said Pineda. “I don’t see any headwinds in the next 12 months,” he added. In a rare instance of what has been called “global synchronous growth,” the international outlook appeared equally promising for 2018. Those forecasts came before President Trump made good on his campaign promise to get tough on trade, slapping tariffs on imported steel and aluminum and engaging in a (thus far, rhetorical) trade tiff with China. In light of these developments, and the NAFTA negotiations that seem to be stuck in neutral, I wondered if Pineda had any second thoughts. Not in the least, he told PlasticsToday. I also posed the question to folks in the industry. While all expressed some concerns, the consensus is that, ultimately, cooler heads will prevail and the economy, along with the plastics industry, will keep humming along.

“The latest economic data continue to reflect more visible signs of U.S. economic growth momentum,” Pineda recently told PlasticsToday. “The latest report from the Bureau of Economic Analysis shows that in 2017, corporate spending increased $91.2 billion, in contrast to a decrease of $44 billion in 2016. Personal income increased $67.3 billion in February. The basis for investment spending on the business side and consumer spending on the household side are both strong,” said Pineda.

While the steel and aluminum tariffs have the potential to affect plastics machinery and molds, numerous exemptions have mitigated their impact. As for China, “long-standing concerns regarding intellectual property rights and China’s currency have put U.S. exports at a disadvantage, and should certainly be addressed,” said Pineda. How the trade spat will impact the U.S. plastics industry, however, is uncertain, he added.

“Considering that markets are dynamic and that demand and supply functions change, in addition to the fact that the long-run relationship between U.S. retail sales and U.S. plastics shipments remains stable, the underlying growth trend in the plastics industry this year remains positive,” said Pineda. “Any pushback the industry will experience because of tariffs remains to be seen, but will likely show up in the apparent consumption of plastics, which PLASTICS annually quantifies in its Global Trends Report.” The most recent report, which looks at 2016, can be downloaded from the PLASTICS website.

“None of us can know with certainty, but we feel a positive tail wind remains for our 2018 economic outlook,” Preusse told PlasticsToday. “Our quote levels and sales began strong and any taper is a short reward to knock down our impressive backlog across our three product sectors of robots, molding machines and material handling/auxiliaries.”

I’m sure the weaker U.S. dollar, trade policies and conflicts, the constant media attacks on the White House as a reality show gone bad, and now privacy laws activity will stir up some market swings or profit margins, but we’re just not ready to offer any negative outlook yet,” said Preusse. “We’re still upbeat, [and the] NPE Show will add more positive buzz.”

Similarly, Morgan acknowledges that “Washington’s recent protectionist maneuvers present an element of uncertainty for many industrial sectors, including plastics, one of the few goods where we have a sizeable trade surplus.” Ultimately, Morgan believes that market forces will prevail in the global economy. “The U.S. plastics industry is among the most competitive in the world. We are optimistic about the outlook for our industry, regardless of the near-term politics.”

Mark Bonifacio, President of Bonifacio Consulting Services in Boston, MA, cautions that tariffs have the potential to be a “slippery slope.” They should be applied with “surgical precision rather than in a carpet-bombing approach,” Bonifacio told PlasticsToday.

Trade imbalances exist and intellectual property protection should be dealt with, he acknowledged, but these issues need to be addressed at the “bargaining table with people who have direct knowledge of the nuances of global commerce and the respective markets. Many executives of U.S. corporations, especially in plastics and automotive, will tell you that many of the trade agreements have benefited their companies in various ways,” added Bonifacio.

The other known unknown that could have a profound impact on the domestic plastics industry is the outcome of the NAFTA negotiations. If they were to go south, if you’ll pardon the expression, it would be severely disruptive.

“The U.S. plastics industry has its largest trade surplus with Mexico—$10.7 billion in 2016 (our most recent data),” noted Pineda. “While there’s no doubt that NAFTA needs some tweaking to account for changes in the economic environment, a total revamp of the whole agreement has created market anxieties surrounding an agreement that has had a net positive effect on the U.S. plastics industry,” said Pineda.

The takeaway of all this, to my mind is that, barring any impetuous decisions from the White House—like that could happen—or elsewhere, 2018 has the makings of a very good year, indeed, for the economy and NPE. Well before the show even opens its doors, we received one sure sign that this could be a banner year: With 1.2 million square feet of exhibition space booked, NPE2018 is the largest NPE show in history.