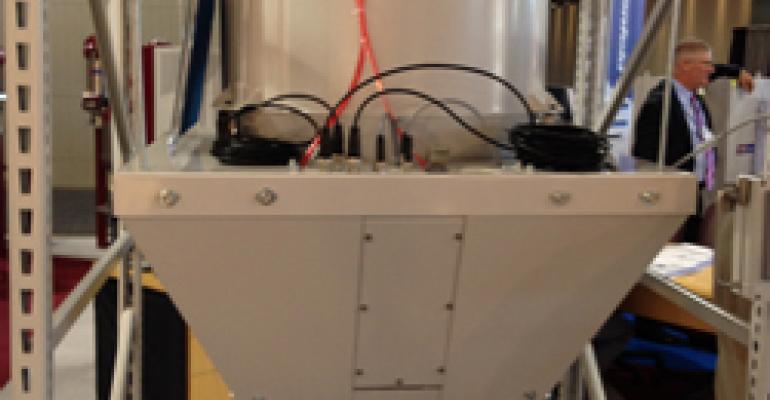 On the eve of the opening day of Plast-Ex in Toronto, the Canadian Plastics Industry Association (CPIA) honored industry's best and brightest during a dinner reception on June 15, 2015, at the Sheraton Toronto Airport Hotel.

On the eve of the opening day of Plast-Ex in Toronto, the Canadian Plastics Industry Association (CPIA) honored industry's best and brightest during a dinner reception on June 15, 2015, at the Sheraton Toronto Airport Hotel. A keynote by Scott McGillivray, host of the popular HGTV reality show, Income Property, engaged the audience by recounting adventures in remodeling—vinyl, you will be pleased to know, often provided a happy ending. Then, it was on to the awards themselves, which were handed out to nine honorees in five categories.

Judith Nancekivell, former publisher of Canadian Plastics, shared a lifetime achievement award with Vic De Zen, a titan of the Canadian plastics industry with a rather remarkable resume.

Named publisher of Canadian Plastics in 1989 and now retired, Nancekivell was recognized for her contribution to industry as the head of the "second oldest print publication for the plastics industry in North America," noted CPIA President and CEO Carol Hochu. Although she has retired from publishing, she has not retired from life, noted Hochu: Nancekivell is going back to school to study music.

De Zen has a storied past and, perhaps, surprising future. He founded plastics company Royal Group Technologies in the Toronto area in 1970, which he built into a $2.3 billion company with operations in 65 countries until he was forced to leave under allegations of fraud. He and five former executives, who were also charged, were ultimately vindicated in 2010, when a judge found no evidence of wrongdoing, reports the Globe and Mail. Even before the verdict, De Zen was engineering his comeback, launching a real estate and property development company as well as the Vision Group to renew his love affair with plastics. Headquartered in the suburbs of Toronto in Vaughn, the company operates nine plants producing windows, doors, fencing, decks and other plastic products. Accepting the lifetime achievement award from Steven Del Duca, Minister of Transportation for the province of Ontario and Member of Parliament representing the community of Vaughan, the energetic septuagenerian noted how fortunate we were to be in proximity to the United States, "where we export 70% of our products."

The Leader of the Year award was given to Jim Ellies, Chief Operating Officer of Gracious Living Innovations (GLI; Mississauga, ON, Canada). A banker who "jumped ship in the late 1970s to start a career in plastics," Ellies has seen GLI grow to become the largest extruder of home products in Canada. The company combines capabilities in custom plastic profile extrusion with one of the country's largest injection molding plants.

Wittmann Canada Inc., part of Wittmann-Battenfeld, was recognized for the development of the RotoLoad, a powder dispense system for rotomolding that automates a labor-intensive and imprecise process. The automatic weigh powder dispense system with PLC invented by Wittmann Canada provides precise dosing every time, Rob Miller, President, told PlasticsToday from the Plast-Ex show floor, where Wittmann Canada displayed the system. "When it's done manually, operators don't always measure the precise amount—it might be a gram or two off. That doesn't happen with the RotoLoad," said Miller. The system is available in 50-, 150- and 300-lb models, and is exclusively distributed through Optimax Plastic LLC (Kent OH). "We didn't want to distract our own salespeople with a product that is not within our core businesses," he explained.

Also earning a nod for innovation were: