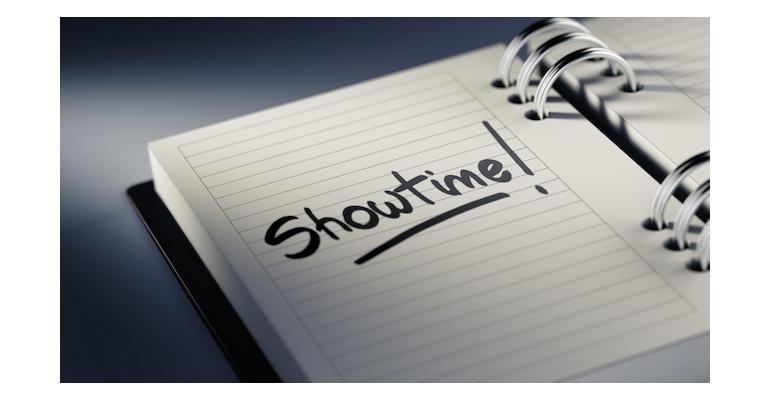 The war that changed the world also heralded the plastics era.

The war that changed the world also heralded the plastics era.

The plastics industry came of age during the Second World War. Copper, aluminum, steel, and zinc all became precious metals allocated for military use. Desperate fabricators, who had never thought of plastic as a manufacturing material, began to reconsider. Cellulosics, acrylic, nylon, and especially phenolic and polyethylene became valuable materials. Production was increased. Material manufacturers, machine builders, moldmakers, and processors all prospered. That was a terrible war that changed the whole world, but it was the coming of age of the plastics industry.

The origins of SPI and NPE

In 1937 a group of plastics processors and material suppliers held the first meeting of The Society of the Plastics Industry (SPI). Those farsighted pioneers believed plastics would become an important industry. The original objectives were to create a trade association that would provide leadership for the advancement of the industry and promote cooperation among the members.

In 1939 Germany invaded Poland, initiating WWII. On Dec. 7, 1941, Japan attacked Pearl Harbor. A few days later the U.S. declared war on Japan and Germany. By that time SPI was well enough constituted to act as the focal point for the ensuing materials allocation and the buildup required to support the war effort.

Five days before Japan’s surprise attack, another group of farsighted pioneers met in Detroit, MI. These were salesmen who shared a spirit of friendly rivalry and companionship due to their mutual frustration in trying to sell the then-new and unproven plastics to skeptical automotive engineers. They enjoyed meeting and sharing technical information on plastic materials and processes. Out of these meetings grew the concept of a technical society with the purpose of distributing technical information that would allow the promotion of the plastics industry.

In February 1942, they incorporated the Society of Plastics Sales Engineers. Later that year the name was changed to the Society of Plastics Engineers (SPE) to encompass a more diverse membership. During the war years, SPE promoted the development of standards and the distribution of technical information while helping to educate those who were manufacturing components for the military.

The emergence of Antec and NPE

The SPE’s first Annual Technical Conference (Antec) was held in Chicago, IL in 1947. The Antec’s peer-reviewed technical papers quickly became the gold standard for the latest in plastics technology. As a result, Antecs enjoy the largest attendance of any plastic-related conference.

With the end of WWII in 1945, many companies were out of business. The SPI foresaw this situation and took action. There was a tremendous market for consumer products that were unavailable during the war years. The plastics production capability developed during the war could be used to satisfy this pent-up demand.

The industry was eager to fill this need, but there was skepticism as to whether or not plastic products would be acceptable in peacetime. At the time, plastics were regarded as substitutes for traditional manufacturing materials that were unavailable during the war. This was the beginning of the “cheap-imitation-substitute-plastic-material era” that was to haunt the industry in the future.

The SPI concluded that one way to improve plastic’s image would be to showcase the wonders of plastic, and invite the public to come and see that these synthetic materials could be of great benefit to mankind in peacetime, as well as in war. It was within this context that the first National Plastics Exposition (NPE) was held at the Grand Central Plaza in New York City in April 1946. This was less than one year after the end of WWII.

The public was invited and the response was overwhelming. People queued up four abreast for several blocks, waiting for the gates to open. Attendance grew to 87,000, a number not exceeded until 2000. Overcrowding caused New York City officials to threaten closure of the Exposition. That bittersweet experience, coupled with long waiting lines and complaints from both attendees and exhibitors, convinced SPI to never again open the exposition to the public.

In the beginning, NPE was held in different major cities. In 1968 Chicago was chosen as NPE’s permanent home due to its central location. This exposition was originally scheduled annually and then biannually before establishing the current triennial cycle in 1973.

Since their WWII beginnings, SPI and SPE have continued to support the plastics industry. SPE remains the primary source for the dissemination of cutting-edge technical information. SPI promotes and protects markets while providing industry leadership. These two organizations have contributed greatly to the continuing development of the plastics industry. The first NPE in 1946 and the first Antec in 1947 were milestones in the evolution of a great industry.

Another important milestone will be passed June 22-26, 2009 at McCormick Place in Chicago. For the first time ever, SPI’s NPE and SPE’s Antec will be colocated. Bringing together Antec, this country’s largest plastics-related technical conference, and NPE, its largest plastics exposition, creates an educational extravaganza.

This year SPE reviewed around 800 technical papers. It chose 750 of the best technical presentations for this Antec. Adopting the latest technology is one of the ways America competes in the global economy. Attending the Antec gives your company an opportunity to keep ahead of the competitors who don’t attend.

SPE also offers 30 single- and multi-day technology seminars taught by seasoned industry experts. Many of these intense seminars provide practical “hands-on” information that can be used tomorrow to improve your company’s productivity.

The new technology from the SPE and SPI conferences can, in many cases, be seen and sometimes touched at the NPE. This year’s exposition will feature approximately 2000 suppliers, roughly one-third of whom will be from outside of the United States. This means that the newest and best technology in the whole world will be on display at NPE.

Of special interest to the product design community is the first ever “International Plastics Design Competition” and a display of the entries. This will be an opportunity for OEMs, engineers, and processors to see what product designers are creating, and it will be a good place to get an idea for a new product or for the contemporary shape and color for a redesigned product.

Moldmaking Expo, Time Compression Expo, Latin American Plastics, Packaging Strategies, and Coating of Plastics conferences will all be at McCormick Place with NPE and Antec. If a restricted travel budget allows only one trip this year, Antec-NPE is the place to be.

Why you should attend

I attended my first NPE as a wide-eyed novice in 1958. I was equally impressed with my first Antec in 1960. I expect to be awed again this June. Over the years I have been at every NPE and all but one Antec. Why? Because these were not-to-be-missed learning opportunities. Many of the leaders in academia and technology development will be presenting the results of their research work. Antec provides an opportunity to question the results or future implication of that research.

Walking the exposition can bring you into contact with industry experts who would never bother to return your phone inquiries. Yet, the exposition creates an atmosphere that is conducive to the free exchange of nonproprietary technical information. It is not uncommon to have a free chat with a consultant who might have invoiced you $1000 for the same discussion a week earlier. I continue to be impressed with how many of my unanswerable questions get resolved at Antecs and NPEs.

I expect the same thing to happen again this June. I hope you have an opportunity to attend and be a part of this never-to-be-repeated industry milestone.

For more information on these events, go to www.4spe.org or www.npe.org.