If tariffs are not the answer to the China problem, what is? 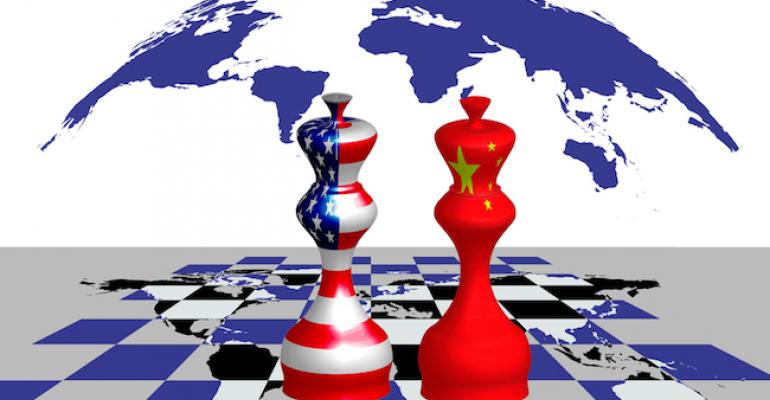 Escalation of the tariff war is not healthy for the overall global economy, and it’s hurting the plastics industry, according to M. Holland’s Dwight Morgan. Blogger Alan Tonelson has a different take. Tariffs are bringing back a good deal more production to the U.S. than widely supposed, he argues.

About seven years ago, when I first read Peter Navarro’s The Coming China Wars, it all sounded pretty far out there. I understood several of the eight major China wars already underway.

The air pollution war is yet another one Navarro warned us about. At the time of the book’s fifth printing in 2007, Navarro noted that 16 of the world’s 20 dirtiest cities were in China, with “China’s prodigious toxic emissions” making their way around the world on the jet stream, something I’ve read about for many years as a cause of air pollution in the western United States.

China’s wars from within have escalated dramatically since Navarro wrote his book. While we don’t hear a lot about it, China experiences civil unrest in the form of protests and riots in many parts of its country. Navarro probably could have predicted the riots in Hong Kong, where anti-government protesters have demonstrated for nine straight weekends. Given China’s internal problems on the country’s western front with the Uighurs, Turkic Muslims who’ve lived in the region for centuries, it becomes apparent that China has plenty on its hands.

In comparison, the trade spat with the United States might seem small, but it’s escalating in importance and having a global impact. Dwight Morgan, Executive Vice President of Corporate Development at M. Holland, told PlasticsToday in a recent telephone interview that the “escalation of the tariff war is not healthy for the overall global economy” and it’s hurting the plastics industry.

“We’re seeing slowing everywhere and this adds further uncertainty,” said Morgan. “There’s a tremendous amount of pain being suffered in the industry that goes unreported. We’re not a big importer of materials from China, but this past month we just passed the million-dollar mark in terms of tariffs on the goods we’re bringing in. That’s just one example of what we’re dealing with as a company.”

In one report from Aug. 5, it was noted that all but one in the President’s economic advisory circle were against placing additional 10% tariffs on Chinese goods. The lone holdout is Peter Navarro, Assistant to the President and Director of Trade and Manufacturing Policy. Articles about Navarro over the past two years have called him various other things, including Trump’s trade warrior, and the Economist called him “an eccentric economics professor.”

His animosity toward China and America’s trade deficit with that country are well known to us in the manufacturing sector. And, mostly I’ve agreed with his stance. We’ve gone along with China’s entry into the WTO, allowed U.S.-based companies to take cutting edge manufacturing technology and innovation to China, known as “technology transfer” because China now claims that technology as its own. We didn’t see the dangers in letting China own our debt—some $1.123 trillion as of December 2018.

Alan Tonelson had a different take on his RealityChek blog, “(What’s Left of) Our Economy: More Evidence that Trump’s Trade Wars are Winning for America.” Looking at the June Dallas Federal Reserve Bank manufacturing report, Tonelson found “considerable evidence that domestic U.S. manufacturing is withstanding President Trump’s trade wars quite well, thank you—at worst—and that his tariffs are bringing back a good deal more production to the United States than widely supposed.”

The Dallas Fed covers Texas, northern Louisiana and southern New Mexico. Texas being such an important manufacturing state, Tonelson considers the Dallas Fed reports “especially important in judging the health of American manufacturing as a whole.” Tonelson made a couple of points: “. . . the so-called headline figure—which purports to measure district manufacturers’ perceptions of overall industry conditions for a particular month—not only worsened for the second straight month. It sank even deeper into numerical territory that supposedly signals manufacturing contraction.”

However, in a bit of a dichotomy, the “sentiment” of the companies surveyed “rose slightly higher into the numerical territory signaling manufacturing expansion. As did the ‘new orders’ indicator, though it was slightly weaker in absolute terms." (That is, it wasn’t signaling expansion as strongly as the output indicator.)

Tonelson found something “really weird” when it came to questions about the impact of President Trump’s tariffs. “The responses from 115 companies made clear they believed that the levies’ effects were more damaging than last September, when they previously answered those questions (and when Texas and national manufacturing was going great guns). . . . By many key measures, strong majorities reported that the tariffs had ‘no impact’ on their fortunes. The companies expected the tariff damage to fade considerably within two years. And many were responding to tariff pressures they faced by replacing foreign suppliers with domestic suppliers. In other words, they were replacing imports with domestic orders and production.”

The biggest impact tariffs were having on these manufacturers in the Dallas Fed report was on capital spending—from 69.4% to 64.9%, “when 20% of the manufacturers responding reported that the tariffs were leading them to cut such investments.” Job growth slowed in that district from 82.1% to 78.3%, which is still a really good number in spite of things.

Tonelson noted that the share of companies reporting benefits from the tariffs declined from last September’s report, “but much more modestly.” In the June report, they still averaged close to 10%. Tonelson’s conclusion is that Trump’s tariffs have not instigated a “tariffmageddon.”

M. Holland’s Morgan didn’t sound quite as hopeful when I spoke with him today. “Any escalation and prolonging of this tariff fight is not healthy for the industry,” Morgan said. “We’ve seen a number of major producers reporting disappointing results in earnings for the rest of the year citing a slowing global economy and uncertainty. Some companies made significant bets on the U.S. economy and low-cost feedstock—hundreds of millions of dollars—and this puts those at risk. The industry generally has been critical of the tariffs.”

Morgan sees all of this as “a terrible distraction” that in the long run erodes business and changes market dynamics, creating imbalances. “We’ve been pretty deft at managing all of this, but it’s a distraction we don’t need,” said Morgan. “All the tentacles of this trade war reach into many industries and ultimately to consumers, where the buying power has barely budged. Now we’re suffering inflation and debt levels. There’s a misconception that somehow China is paying these tariffs—we’re all paying these tariffs. It’s not an efficient way to tax.”

Perhaps it’s too little too late for the United States to do anything about the China situation, because other administrations have failed to address all of these concerns, including monetary manipulation. If tariffs are not the answer, what is?