Here we go again! The on-again, off-again R&D tax credit is once again being debated in Congress. The House of Representatives passed a bill in May with a 274-145 vote permanently extending the credit. While the bill hasn't yet been addressed in the Senate, the U.S. Senate Finance Committee passed bipartisan legislation on July 21 by a vote of 23-3 to extend the credit as well as provide startup companies and small businesses greater access to it. Congress has been extending the R&D tax credit "on a stop-and-go basis for almost 35 years," commented an article in The Hill.

. That is one of the primary problems with this program.

Paul Ryan (R-Wis.), a big supporter of the R&D tax credit, is quoted as saying in The Hill: "This is something we think ought to be a permanent feature of our tax code." And there are a lot of others who agree with that line of thinking. 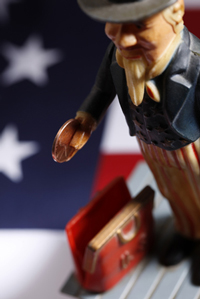 Called the Innovators Job Creation Act, the Senate bill would help startups and other small companies take advantage of valuable R&D tax credits that are currently unavailable to them in certain instances. The legislation, led by U.S. senators Chris Coons (D-Del.), Pat Roberts (R-Kan.) and Chuck Schumer (D-N.Y.), now heads to the full Senate for consideration.

The bill is promising, according to Chad Paul, Senior Director for BDOUSA, a tax and business consulting services company. "Last year the Senate came out with a similar bill that had a lot of the same provisions," Paul told PlasticsToday. "It's a great bill and stands a greater likelihood of passing than the House bill aiming to permanently extend the credit."

Paul explained that the fact that the R&D tax credits are impermanent and need to be reauthorized every year or so is one of the biggest problems. "There have been some efforts to make it permanent and President Obama has, in the past, supported such efforts. More recently, he said he will veto any such attempts because there is no revenue offset, and extending the credit without such offsets is estimated to increase the deficit to the tune of $188 billion or so," he said. "A permanent credit may be unlikely, but an impermanent one does put business taxpayers in a world of uncertainly and makes tax planning more difficult."

Another problem is that the R&D tax credits can be used to offset only regular taxes. "R&D tax credits provide no current benefit for start-ups or small family-owned, privately held companies in which the owners are paying the alternative minimum tax (AMT), which means the R&D tax credit doesn't count," he said. "Larger corporations and ultra-successful businesses that generate regular taxes often are able to get more benefit from the credit. AMT taxpayers have to wait until they're paying regular income tax before they can benefit."

For molders and moldmakers, the R&D tax credit program can become a hornet's nest of problems if they don't have a good tax accountant who understands the nuances of this program. Yet, as Paul points out, "the R&D Tax Credit offers a huge opportunity for moldmakers developing new products and manufacturing processes, because almost all work they do in the normal course of business meets the criteria for the R&D tax credit," said Paul, who is based in Wisconsin and has worked with the industry in that state. "The opportunities for them are as great as they are for high-tech and pharma companies. In some instances we're able to include the cost of the mold as a prototype, so the result is they can have really large R&D tax credits."

AMT taxpayers who attempt to develop or improve their products and processes can benefit if they are in states that offer refundable or salable credits. Almost every state has an R&D tax credit. Additionally, many states provide credits which are either 1) paid to taxpayers when they exceed their liability or 2) may be sold or transferred to others (called refundable credits). These states include AZ, CT, HI, MA, NE, NY, VA, WV, NJ and PA.

Paul noted that, according to IRS statistics from 2012, an estimated $10.8 billion in R&D tax credits were reported by corporations, with 61% claimed by manufacturers. However, because the rules for what qualifies are fairly technical and highly fact-sensitive, a level of uncertainty remains about what qualifies and what doesn't. This is a specialized area of tax law that requires an accountant with a thorough knowledge of the R&D tax credit. There are some things that can trip up even sophisticated tax professionals," said Paul.

Paul believes action will be taken on the R&D tax credit this year, but what it will look like is uncertain. Will it be closer to the Senate bill or closer to the status quo? Stay tuned.