Throwback Thursday: Things you might not know about 'The Graduate' 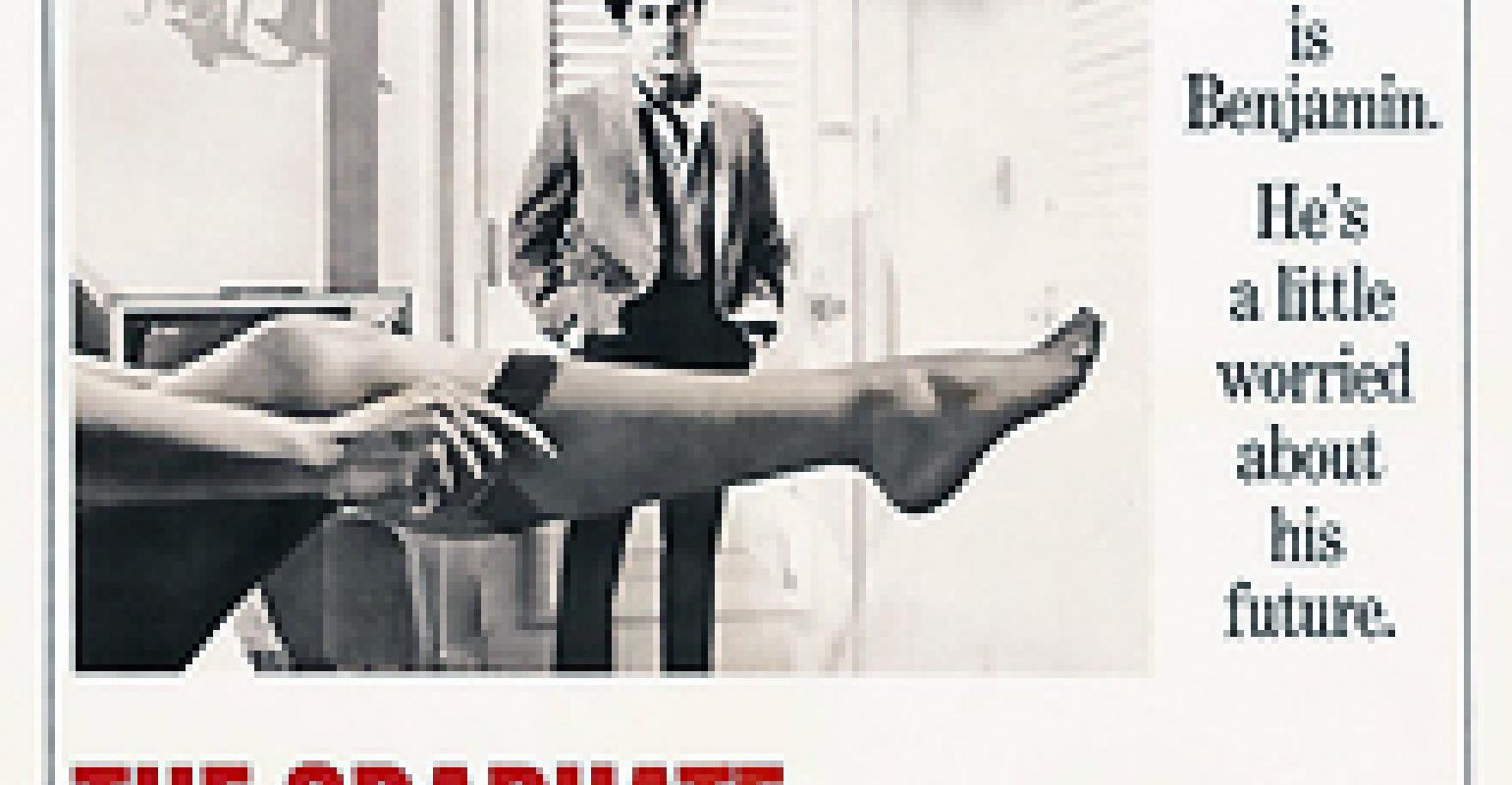 "The Graduate," which turned 50 last December, has almost totemic status in the plastics industry because of the famous “just-one-word” exchange. You could probably recite that bit of dialogue by heart. But here are a few pieces of trivia related to the film that you might not know.

Mike Nichol’s film The Graduate, which turned 50 last December, has almost totemic status in the plastics industry thanks to that memorable exchange between Ben Braddock (Dustin Hoffman) and Mr. McGuire (Walter Brooke) out by the pool. To wit:

I just want to say one word to you. Just one word.

Exactly how do you mean?

The dialogue was written with an intent to mock, but it turned out to be seriously sage advice. In fact, as noted on the IMDb website, “within a year of the movie's release, plastic manufacturing companies became enormously successful. Many people attribute this to Walter Brooke's quote about "plastics.” Brooke himself once told his nephew that he would have invested in plastics, if he had known that the remark would lead to such success.

That might be a stretch—I'm pretty sure the plastics industry would have soared regardless—but it makes for a good anecdote. Here is some more trivia about the half-century-old movie that you might not know for this Throwback Thursday.

Next: Will the real Ben Braddock please stand up?

The Graduate made Dustin Hoffmann a star, but it almost didn’t happen. Burt Ward, who played Robin in the Batman TV show in the 1960s, was up for the part, and he wanted to do it, but his studio, ABC, nixed it. “We’ve got the hottest show on television [Batman], and we don’t want to dilute you doing something else, so you can’t do it,” Ward recalls the studio telling him during an interview with Fox News. “I was really dejected. I thought I should do this. So I called [Graduate producer] Larry [Turman] and . . . I told him I wanted to do it so badly, but I can’t. He said, ‘Don’t worry about it. It’s a small movie,' " reported Fox News. The Graduate turned out to be the highest grossing film of 1967.

Next: But wait, another much more famous actor also wanted that part . . .

Robert Redford did a screen test for the lead role, but director Mike Nichols rejected him because he did not have the “underdog qualities” that the character required, according to IMDb.com. Redford reportedly asked him what he meant.

“Well, let’s put it this way,” said Nichols. “Have you ever struck out with a girl?”

“What do you mean?” asked Redford.

Still, Redford wouldn’t give up, insisting that his acting chops were up to the challenge. Finally, Nichols told him, “Bob look in the mirror. Can you honestly imagine a guy like you having difficulty seducing a woman?"

Next: A movie that only stoners or idiots can love?

Although the movie was very well received by most movie reviewers, Pauline Kael, one of the foremost film critics of her time, famously took exception with what she called a “very commercial piece of work.” On Slashfilm.com, Kristin Hunt writes that Kael thought it was “corny American” and couldn’t believe that young, hip audiences were falling for its slick entertainment that sold “youthful narcissism.”

Kael got a few other things wrong during her career. Notably, she called Stanley Kubrick an “amateur” and dubbed 2001: A Space Odyssey a “monumentally unimaginative” film that could only be enjoyed by viewers who are “stoned or idiots.”

Next: Where have you gone, Joe DiMaggio?

Simon and Garfunkel earned a massive hit with “Mrs. Robinson,” a song that is synonymous with The Graduate, but it didn’t please a certain Joe DiMaggio. As recounted in the recently published Paul Simon: The Life by Robert Hilburn, Simon had learned that DiMaggio had been offended by the reference to him and had even considered filing a lawsuit. The song includes the couplet:

Where have you gone, Joe DiMaggio?

A nation turns its lonely eyes to you.

When Simon and DiMaggio happened to meet in an Italian restaurant, Joe was charming, much to Simon’s relief. He did bring up the song, however. “What I don’t understand,” he told Simon, “is why you ask where I’ve gone,” writes Hilburn. “I just did a Mr. Coffee commercial. I’m a spokesman for the Bowery Savings Bank. I haven’t gone anywhere.”