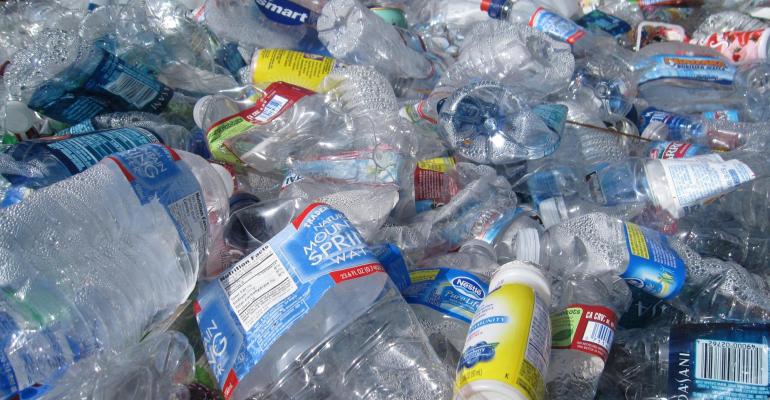 It was just about a year ago that California Senate Bill 1454 was vetoed by then Gov. Arnold Schwarzenegger. SB 1454 would have prohibited the sale of any plastic product labeled as "biodegradable, degradable or decomposable or any form of those terms, or in any way imply that the plastic product will break down, fragment, biodegrade or decompose in a landfill or other environment." 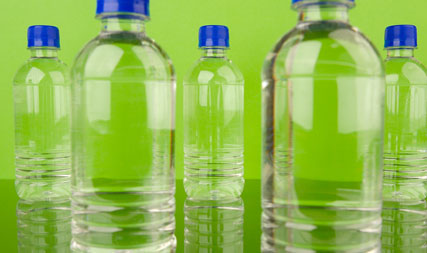 Last month, Gov. Jerry Brown signed into law SB 567, which expands the scope of the current plastic end-of-life claims labeling requirements from bags and food packaging to all plastic products. The bill's description from the Californians Against Waste web site, noted that, "Due to the exceptional harm caused by plastics litter, and the increase in littering associated with labeling a product as 'biodegradable', end-of-life labeling of plastics warrants special attention. 'Biodegradable' is an inherently deceptive claim for plastic products as 'biodegradable' denotes that a product will completely break down in a short time period. Plastics products do not meet that threshold. SB 567 restricts the labeling of plastics as 'biodegradable', regardless of plastic type, and allows only verifiable claims that do not deceive consumers."

Green in a "state of flux"

Sheila Millar, an attorney with Keller and Heckman LLP's Washington, D.C. office and who works with the plastics industry on various issues, noted in a telephone interview that while she cannot comment specifically on the California lawsuit, she does think "the whole area of green claims remains in a state of flux," and while the FTC received a lot of very good input with regard to improved guidance for "green" products, "a year later they still haven't finalized these new guidelines, which demonstrates the complexity of this issue."

Danny Clark, president of ENSO Plastics LLC (Mesa, AZ), said in a prepared statement in response to the lawsuit, that while ENSO can't specifically comment on the suit as they have not had an opportunity to read it, "We strongly believe in our company's mission to rid the world of plastic pollution and been dedicated for the past three years in bringing the most sound environmental plastic solutions to market.

"We stand behind our technology and the claims that our company makes in stating that standard plastics enhanced with our biodegradable additive are fully recyclable and if placed in an environment with microbes, will naturally biodegrade."

ENSO's PET water bottles use the EcoPure additive, for which the company is a North American distributor. The carrier for EcoPure additive that promotes biodegradability and also allows for recyclability in the PET recycling stream, is PET. Bio-Tec Environmental LLC (Albuquerque, NM) manufactures the EcoPure additive. They have also blended EcoPure with PP and PS. PP had a 45% loss of mass of the original sample after just 14 days [read the full article].

"We in no way claim that our technology is the silver bullet to solving the massive plastic pollution issue our world faces," Clark said in his statement. "It is however a huge step in the right direction and a cost effective solution that can be implemented within today's manufacturing and end-of-life options."

Clark believes that the laws that the State of California has passed are anti-competitive, and will "kill other technologies" such as biodegradability, because "it allows product packaging that is compostable to be labeled as 'compostable', but for competing technologies such as ours, makes it illegal for companies to properly label their packaging as 'biodegradable'."

Clark adds that "It is unfortunate that such a law could get passed that would inhibit biodegradable technologies from being labeled as such," Clark commented. "We fully support the premise of the law to prevent 'greenwashing', but do not agree that banning or preventing the use of proper labeling of a packaging as a step toward solving that problem. We believe consumers should be allowed to know if their product packaging is biodegradable and if so, provided with the details of how and in what environments the packaging will biodegrade."

Clark sits on the ASTM subcommittee that is currently working to develop the industry standard for additives, and have brought together leading academics and scientists to develop the standard specifications for the landfill biodegradation of plastics.

The Plastics Environmental Council (PEC) released a statement this week announcing the sponsorship of a research study to produce the first standard specification for the landfill biodegradation of petroleum- and natural gas-derived plastics that have been treated with additives that enhance biodegradation. "The PEC is undertaking the development of the biodegradation standard specification to build confidence in the efficacy of plastics additives with regulators, consumers and businesses," said the PEC. "Plastic additives that speed up the breakdown of plastic in landfills, without affecting their performance during use, are critically important to helping reduce the volume of plastic waste in landfills."

Clark acknowledges that more has to be done about the end-of-life issues than simply disposing of plastic products into the landfills, and is big fan of recycling PET bottles. "PLA will negatively impact the PET recycling stream if it enters it, but 99.5% of our bottles are the same as PET - the .5% of our additive is inert and won't affect the PET recycling process," he said in a telephone interview. "However, the information out there is confusing. We're interested in working with any recycler to show that our bottles will recycle with PET - we're not a contaminant. But because the issue is clouded, recyclers lump us in with the PLA or plant based or bio-plastic."

ENSO Plastics intends to work with the California Attorney General to comply with the labeling law, and "will continue forward with pursuing our mission to help solve the world's plastic pollution issues and continue to improve the science and validity of our young industry," the company stated. "We would invite everyone to join with us in our efforts towards a cleaner future."