Can PLA take the next big step?

NatureWorks LLC and its Ingeo polylactic acid (PLA) bioplastic have reached a tipping point, according to company president and CEO Marc Verbruggen, finally winning the over enough big brandowners, OEMs and retailers to take the next step in the development of the bioplastics market, although some large hurdles do remain.

NatureWorks LLC and its Ingeo polylactic acid (PLA) bioplastic have reached a tipping point, according to company president and CEO Marc Verbruggen, finally winning the over enough big brandowners, OEMs and retailers to take the next step in the development of the bioplastics market, although some large hurdles do remain. "We've been in business 15 years," Verbruggen said, "and we've probably spent 13 of those trying to get these." The "these" Verbruggen referred to was a list of Ingeo's biggest customers, all household names, which had their logos displayed on the presentation screen. 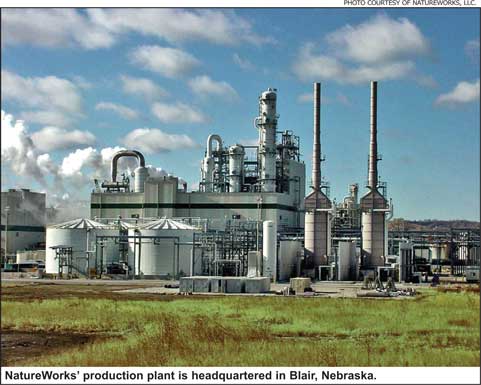 Verbruggen's discussion of where NatureWorks and the broader bioplastics market were, are and will be kicked off IntertechPira's 2011 Biopolymers Symposium (Sept. 27-29; Brown Palace Hotel, Denver). Verbruggen noted that some 5 billion products would be "biopackaged" by end of 2011, with names like Coke, Pepsi, and Danone on board.

"Our next fight, our next big battle, is not on resin, it's downstream," Verbruggen said, noting the disadvantage bioplastics often face against more established fossil-fuel based materials which have built up capacity and capabilities at every stop along the supply chain.

"There are applications where we could give Ingeo away for free, and you're still going to pay a premium," Verbruggen said, explaining that his company and other market players now need  economies of scale with converters and brandowners. "We want to be a high volume player, and we will be a high-volume player."

Verbruggen said the top three issues for bioplastics in the near term are:

In response to the first two items, Verbruggen said that NatureWorks, which is seeing 25%/yr demand growth for Ingeo, will likely be doubling its capacity over the next five years after it already doubled production at its existing facility in Nebraska over 2008 and 2009.

In addition to new capacity, with already announced plans for a second plant to be built and running in Southeast Asia in 2015, the company is looking to transition its feedstock sources. That region was chosen for the new plant over Europe and South America, which rely on sugar beats and sugar cane, respectively, for the ethanol used to make Ingeo, for its access to sugar cane and cassava.

Today for feedstock, Verbruggen said Ingeo utilizes dextrose from corn starch, but soon it will source dextrose from cane and cassava. The future will be dextrose from biomass in the form of agricultural residue like corn stover, switch grass, and rice straw. Verbruggen said NatureWorks' hope is that future plants beyond the pending Asian site are based on cellulosic feedstocks, but for that to happen, the industry will need to see significant investments in biofuel refineries.

Just as fossil-fuel based plastics grew in market size and influence with the scale that came out of large refineries built up for gasoline production, bioplastics will need to piggy back on the growing biofuel market, particularly as it shifts to non-food sources for fuel. Verbruggen noted that currently, if oil is at $80-$90/bbl and corn is at $5-$6/bushel, PLA roughly achieves parity with its fossil-fuel based counterparts.

"We always talk about food vs. fuel, but we never talk about food vs. plastics," Verbruggen said, noting that the industry's silence while corn-based ethanol became a target when food prices rose in recent years was a "huge mistake". As it stands, fuel ethanol uses up anywhere from 25-40% of available feed corn, while Ingeo consumes .11%. Just based on annual gains in crop yield, Verbruggen said NatureWorks could build 20 plants in Nebraska and not see the impact that fuel ethanol has. If it were to replace every pound of polystyrene in North America, it would need 15 plants and would still only use 1.65% of today's sugar production.

Of the three issues facing bioplastics, Verbruggen said end of life is "probably the most frustrating." Bioplastics originally started as an end-of-life solution, but are now seen as a problem, with recyclers and composters alike largely shunning the materials. Verbruggen said that NatureWorks is "agnostic" as to what means are chosen to deal with its material once its service is done, but he noted that feedstock recovery is appealing, since little energy is needed to polymerize and hydrolyze lactides back into PLA. "Long term, we expect a significant portion of our PLA to come from reclaim," Verbruggen said.