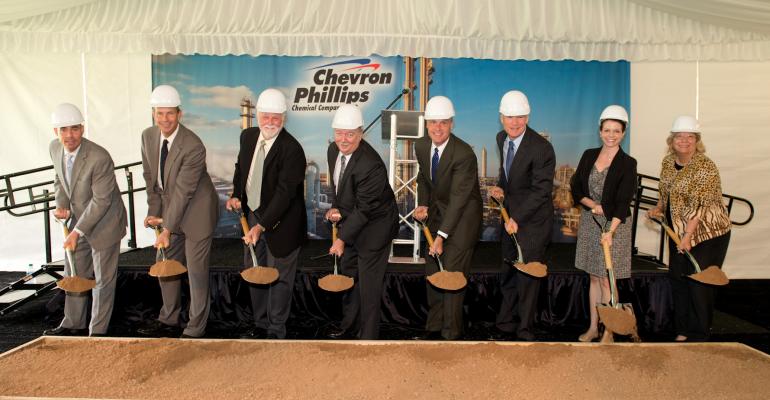 The resin from the PE units will be used for a variety of products, including new flexible packaging options for fruits and vegetables, as well as in the creation of plastic piping, merchandise bags and bottles. In addition to constructing the production facilities, 45 miles of railroad track will be installed on-site to hold and transport the output of these units. 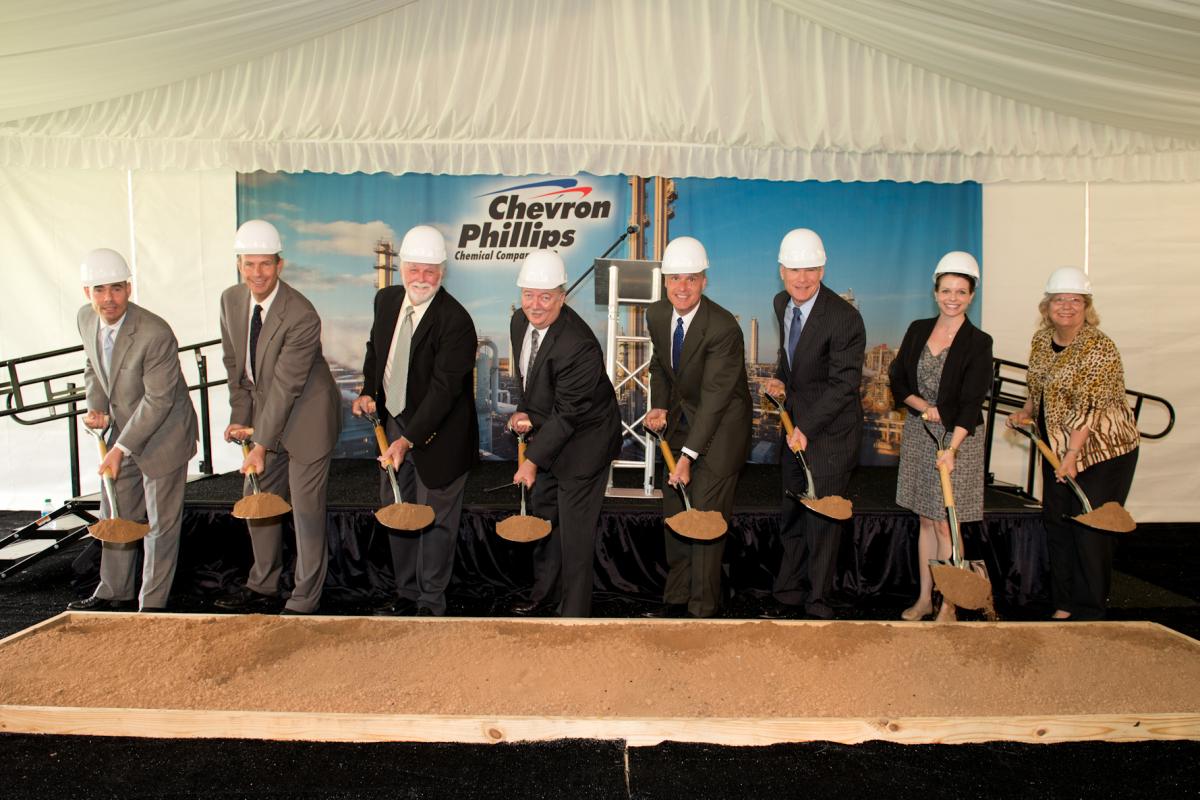 "With the construction of this mega project, we will be in a position to better serve the growing needs of our customers around the globe. This entire project is made possible by advances in technology. First, through innovations within the E&P industry to unlock oil and gas trapped in shale rock. Second, by the research and brilliance within Chevron Phillips Chemical to develop high-performance polyethylene resins," said Peter Cella, president and CEO of Chevron Phillips Chemical.

The economic impact is estimated at 400 long-term direct jobs and 10,000 engineering, construction and fabrication jobs as a result of the Chevron Phillips Chemical USGC Petrochemicals Project.

David Morgan, VP of polyethylene for Chevron Phillips Chemical, told PlasticsToday  that Chevron was the first chemical company to announce plans to build an ethane cracker and derivatives facilities on the Texas Gulf Coast when they announced its feasibility study back in March 2011.

"There is no question that this is a significant time for the petrochemical industry in the U.S.," Morgan said during an interview in 2013. "Just look at the recently announced investments here in the U.S. driven by shale gas and liquids production. Chevron Phillips Chemical's announced investments might be just the beginning. Our owners support an aggressive growth strategy and we plan to deliver."

If this new investment exceeds the demand growth in the U.S., Morgan believes the U.S. will grow its position as a net exporter of olefin derivatives. Chevron estimates that global demand growth for ethylene over the next 10 years could support the equivalent of four to five new crackers per year.

Shale gas resources have certainly contributed to the industry's growth and have created great challenges and opportunities for Chevron Phillips Chemical, especially in the workforce area, he said.

"Right now, we are long and aggressively pursuing new team members to be part of an exciting time for the plastics industry," he said. "I've been in the industry for years, and this is the most exciting time of my career as we build new facilities, implement new technologies and people build careers in this sector of the economy."