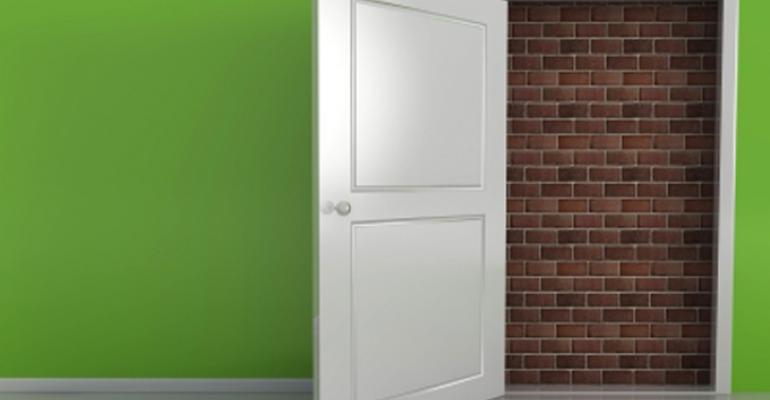 The remarkable rise of China's middle class, which by some accounts is equivalent to the entire population of the United States, has created massive consumer demand where there was none just a couple of decades ago. In the medical device space, this economic and demographic shift has led many medtech manufacturers with a presence in China to place greater focus on producing goods for the domestic market than for export. The Chinese government, however, has increasingly put pressure on hospitals and other purchasing groups to favor devices made in China by Chinese companies.

The remarkable rise of China's middle class, which by some accounts is equivalent to the entire population of the United States, has created massive consumer demand where there was none just a couple of decades ago. In the medical device space, this economic and demographic shift has led many medtech manufacturers with a presence in China to place greater focus on producing goods for the domestic market than for export. The Chinese government, however, has increasingly put pressure on hospitals and other purchasing groups to favor devices made in China by Chinese companies. A similar move is underway in Russia, where a draft regulation published in March 2014 seemed to presage an almost complete ban on the purchase of foreign medical devices. A new draft tones down the restriction, but still places obstacles in the path to market for foreign-made medical products.

The initial draft regulation in Russia was, to put it mildly, harsh. It seemed to mandate a "virtually complete ban on foreign medical devices from state and municipal purchases," writes Sergey Klimenko of the Pepeliav Group (Moscow), a law firm that provides legal support for foreign direct investment projects, on www.lexology.com. However, it avers that the draft was meant more as a conversation starter for stakeholders, and a second, more-nuanced draft was published a little later.

The new draft generally allows for medical devices of foreign origin to be offered during a public procurement procedure, writes Klimenko. "However, if the public consumer (a hospital, a regional ministry of health, etc.) receives at least two other offers with medical devices originating from Russia, Belarus, or Kazakhstan (the member states of the Eurasian Economic Union, or EurAsEc), which meet the tender requirements and are produced by different manufacturers, the offer of the foreign devices must be rejected." There is a loophole, of sorts: if substantial value has been added to those devices within one of the member states, even if those devices originate outside of the EurAsEc bloc, exceptions can be made. Also, if no domestic company is able to meet the technical specifications set by the buyer, then foreign manufacturers may not be excluded.

"The localization of listed foreign devices may solve the problem," writes Klimenko. But don't assume that a simple repackaging or assembly operation will suffice to get the local designation, he cautions.

"Localization at a deep level will require years, thousands of man-hours, and substantial monetary resources," he writes. "At the same time, there is reason to expect that the government will draw up special rules for determining the country of origin, with these being tailored to this particular situation."

Klimenko notes that the government probably will clarify what a "foreign company should do if it wants to keep its medical equipment available to be sold through public procurement channels." To guide foreign medical device manufacturers in their Russia strategy, he points to a legal toolkit—"On the Fundamentals of the Governmental Industrial Policy"—which, it is claimed, will be provided once the law has passed the Duma (state assembly) and has been adopted.

"It will be possible to enter into a `special investment contract' with the Russian Federation, under which a foreign manufacturer undertakes to localize its manufacturing facilities, to create new vacancies, and so on, while the government guarantees reduced tax rates, land fees, and the like," he predicts. In addition, this instrument will be immune, in theory, to legislative revisions and, thus, create greater certainty in the business climate.

It should also be noted that none of this is set in stone, as discussions continue at the federal level. And there is a silver lining, according to Klimenko: "Even though the conditions for entering the market have been reshaped, the legislation is about to provide investors with valuable tools they did not have previously."

Be that as it may, regulatory uncertainty and the overall political situation has dampened enthusiasm among U.S and European companies looking to enter the Russian market, acknowledges Ann Marie Boullie, VP, Business Development, at Emergo, a global consultancy serving the medical technology industry. "Even before the situation with Ukraine, the Russian government was placing more emphasis on developing domestic production as a way to reduce the country's reliance on imports," she told PlasticsToday. "However, even with government initiatives, nobody expects the reliance on imports to diminish quickly. Despite the challenges, Russia still presents good long-term growth prospects for companies that can look past the political turmoil," she adds.

Buy China policy
China, too, has sent signals that it wants to give domestic medtech manufacturers an advantage. Last month, the head of China's National Health and Family Planning Commission (NHPC) told attendees of a medical device conference in Beijing that "we want to strongly advocate health ministry organizations to use domestically made medical devices," reported Reuters. Global medical device makers account for approximately three-quarters of China's medical device market, which was worth $34.5 billion, adds Reuters, citing the Hong Kong Trade and Development Council.

One important aspect of the NHPC statement is that it places an emphasis on pushing top-level Class III hospitals to use domestically made devices. As Shobert notes, these top-tier hospitals increasingly will be negotiating on behalf of the country's smaller hospitals. So, this can be a winner takes all situation in terms of market share and reimbursement.

"The combined effect of favoritism toward domestic-manufactured goods and the consolidating pressures set in motion as public hospital tenders grow broader in scope will require foreign device companies to develop their China manufacturing and sales capabilities much faster than many have expected," notes Schobert.

Despite these and other challenges, it would be shortsighted for medtech manufacturers to neglect the China market, says Ames Gross, President, Pacific Bridge Medical, a consulting firm that assists medical companies in Asia. "Yes, the Chinese government is trying to grow its Chinese medical device sector, and [regulatory agency] CFDA is making registration of foreign medical devices in China more difficult," says Gross. "But there will always be a need for better, more cost-effective medtech solutions in China. As long as the products are a step above others and reasonably priced, both big and smaller foreign medical device companies can succeed in China," Gross told PlasticsToday.

To succeed in China, foreign medical companies need to engage in serious market research and due diligence, and establish key relationships, recommends Gross.

"They also need to spend more time determining which Chinese medtech distributor to work with—too often, the distributor screening process is done poorly—and consider setting up their own office rather than going into a joint venture. So many companies call me with JV problems, and divorce in China is not easy," says Gross.