Chinaplas: BASF is working to change the ‘waste mindset’ of China

Shanghai, China — By 2030, China is predicted to produce 480 million tons of solid waste each year, according to the World Bank, if current trends hold up. A majority of the waste is sent to landfills. But how do you solve such a looming crisis? Where do you start? Simply the thought of that seems overwhelming.

Shanghai, China — By 2030, China is predicted to produce 480 million tons of solid waste each year, according to the World Bank, if current trends hold up. A majority of the waste is sent to landfills.

But how do you solve such a looming crisis? Where do you start? Simply the thought of that seems overwhelming.

This is why a project from BASF that was talked about at last year's Chinaplas immediately caught my attention. Last year, Daniel Hebert, BASF head of regional business management of biodegradable polymers Asia-Pacific, talked about how the company was working on a pilot composting project in the Wanke community of Wuhan. The project employes certified compostable and biodegradable plastic bags made of BASF's ecoflex and Ecoplast's PSM. The compost generated from the pilot project serves as organic fertilizer that is used in the Wanke community and on farms in Wuhan Xingzhou.

Hebert said the first phase of the project was successful, with about 1,000 homes using the compostable bags. 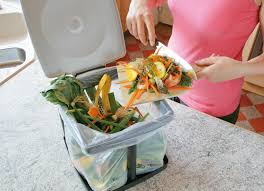 I was curious about how the project was going. So when I attended Chinaplas 2014 in Shanghai, I sat down with David to receive an update on the project and also about the company's other waste initiatives in the country.

"It's definitely still moving forward," he said, in regards to the Wanke project. "We're currently working with more households to collect the organic waste and we're working more closely with waste management to build in the necessary infrastructure. Once this is proven to work, we're quite confident we can roll this out to other cities."

While in the past, reports were the government hasn't taken a leading role with managing waste, Hebert believes the dialogue and action is moving forward. But one challenge the maker of ecovio polymer, a completely compostable plastic, has to overcome is perception. There are cases where people confuse composting or biodegradable with oxo-biodegradable bags. Unlike biodegradable plastics, oxo-degradable plastics fragment and disintegrate into fine particles of plastic, without degrading into water, carbon dioxide and organic matter.

"The challenge is when something becomes popular, like the composting program, people will see an opportunity to try and come in with a solution that's a short term interest - such as introducing the oxo-biodegradable bags that don't compost," he said. "We have to do a lot of explaining that the bags are different and why they are."

China emerged as the leading consumer of agricultural films and accounted for more than 61 percent of the total demand in 2012, according to a report from Transparency Market Research. Growing food demand globally coupled with advanced farming techniques is expected to mushroom the market growth. In addition, it is expected to be the fastest growing market at an estimated CAGR of 6 percent from 2013 to 2019. The consumption of greenhouse films has been predominant in Asia-Pacific due to rising demand for ornamental crops.

But much of the conventional PE mulch film just becomes waste. 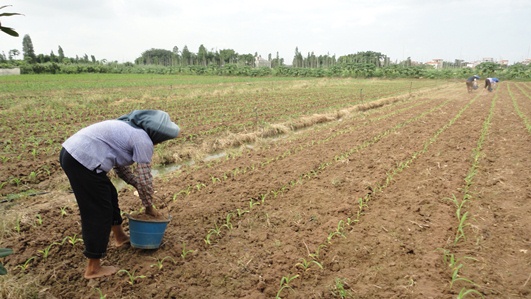 As such, BASF sees a market opportunity for its ecovio-based biodegradable mulch film, where using the biodegradable material instead of conventional PE mulch film enables the farmers to plough it into the soil along with what remains from the plants, which can help preserve soil quality, the company said.

BASF is working with the Chinese Academy of Agricultural Sciences to bring the biodegradable much film to a community in China. They have started trails and Hebert said it's projected to be a big story next year.

"This could be quite significant," he said.

Thinking outside the box 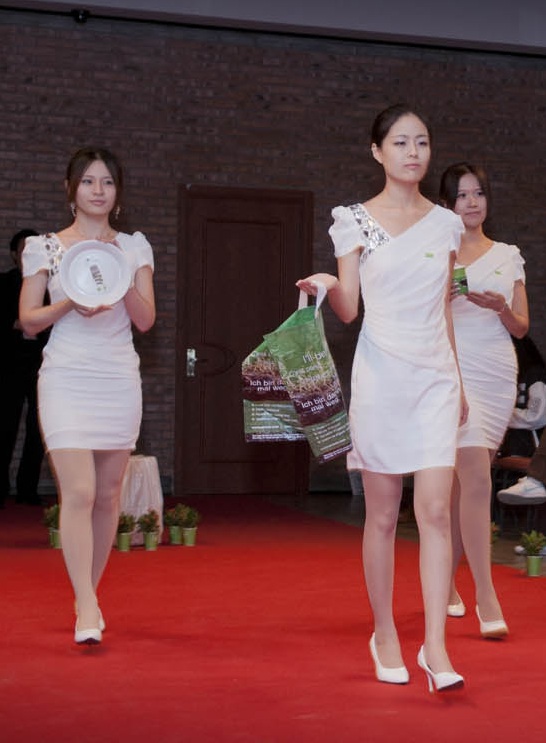 Last year, Hebert talked about the challenges of changing a lifestyle. After all, how do you influence a society to think differently of waste?

So the chemical company took a different approach and partnered with China Fashion Week. All food and drinks at the event venue were served in cups and plates made from ecovio. The dishes were then disposed together with any leftover food or organic waste in certified compostable waste bags made with ecovio. The organic and biodegradable waste collected from the event was to be converted it into compost. Non-organic and non-biodegradable waste, such as sweet wrappers or drinking bottles, were disposed of in separate bins.

"It was a big media opportunity," he said. "So people watching on TV could see what composting is and it could in turn serve as a leading example in responsible organic waste management."

Hebert said the event went well and the company is looking into more 'thinking out of the box' ideas to help bring awareness to sustainable practices.

Overall, Hebert is optimistic that China will take the right steps to reduce its waste.

"The decisions for China are coming fast and we believe the changes will come and be quite significant in the next five years," he said.