Clear Lam Packaging, Inc., a manufacturer of rigid and flexible packaging, has created a new film structure made partially from plant-based plastic, which is being used for all varieties of Lactalis' Precious Sticksters branded cheese sticks.

"Retailers, consumer packaged goods companies, as well as packaging material developers and manufacturers such as Clear Lam, are working together to minimize carbon footprint," he said. "Lactalis is a leader in the cheese industry and recognized the need to innovate and to move forward with new technologies." 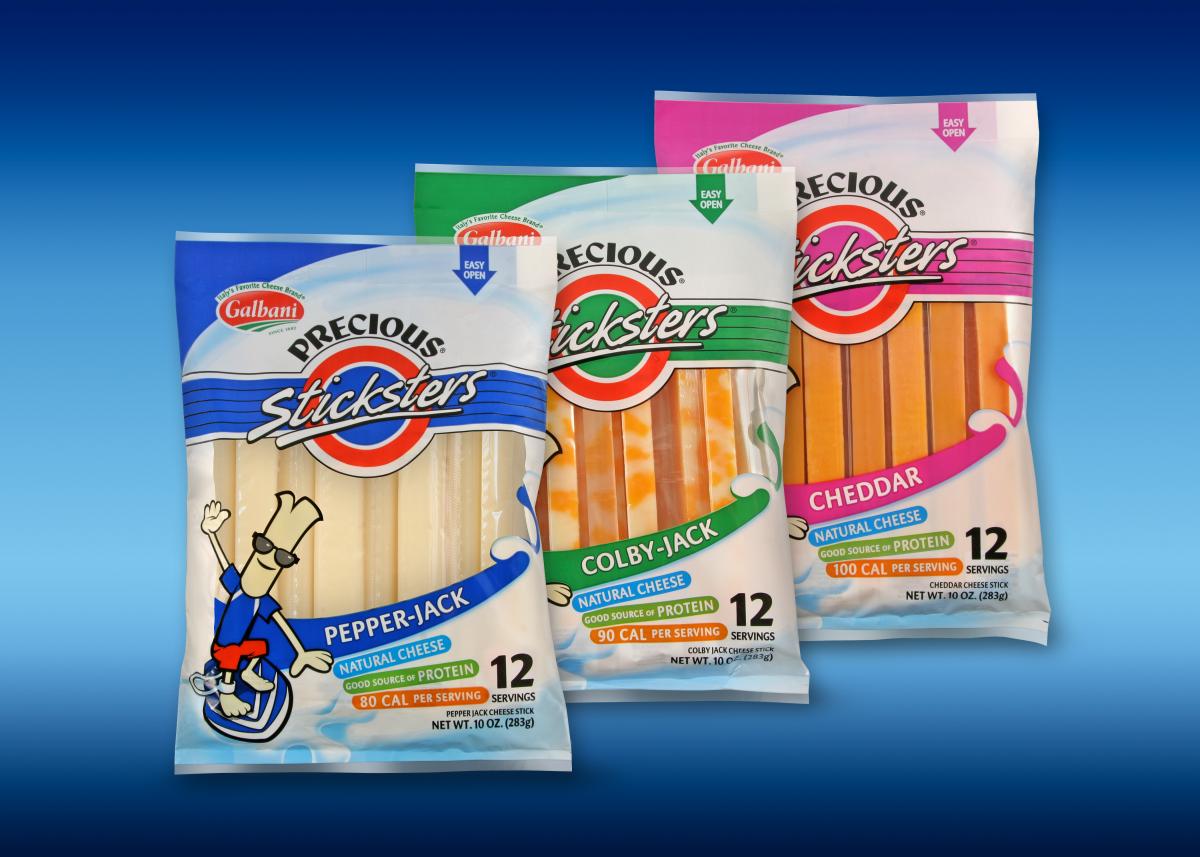 The package, which holds individually sealed cheese sticks, is made from a lamination of a 50% plant-based, renewable plastic and an outer layer made from traditional petroleum-based plastic. It is produced from plant-based bioplastics derived from Natureworks' Ingeo PLA (polylactic acid) along with ingredients that enhance performance, Forowycz said. The material is then laminated to a polyolefin that is printed by Clear Lam.

The material extrudes at lower temperatures than traditional petroleum-based plastics, Forowycz said. On the packaging lines the new material seals and cuts at speeds that equal or exceed the traditional materials that it is replacing. The new material generates up to 35% fewer greenhouse gases and uses up to 36% less energy than the conventional petroleum-based material, the company stated.

The finished film is shipped to a Lactalis production facility where its Precious Sticksters products are packaged on horizontal form, fill and seal machines.

The bags perform well under typical distribution conditions and meet all FDA requirements for food use, according to a news release.

Lactalis made the packaging change as part of its corporate sustainability commitment.

For a decade, Clear Lam has invested in research and development to commercialize new packaging technologies that minimize the impact on the environment.

Today, Clear Lam is one of the world's largest extruders and thermoformers of plant-based Ingeo PLA, the company stated.

"There are various new projects that will be coming to market in the next year that will incorporate both flexible and rigid packaging derived from renewable raw materials," Forowycz said. "Sustainable packaging is becoming part of the normal course of doing business. CPG's and retailers are launching new products with sustainability in mind."