Econic Technologies, a spin-out company from Imperial College in London that is developing catalysts that enable the production of plastics, such as polycarbonates and polyurethanes using CO2 as one of the feedstocks, has secured UK £1.1 million (over $1.72 million) in new funding in an investment round led by Imperial Innovations Group.

Econic Technologies, a spin-out company from Imperial College in London that is developing catalysts that enable the production of plastics, such as polycarbonates and polyurethanes using CO2 as one of the feedstocks, has secured UK £1.1 million (over $1.72 million) in new funding in an investment round led by Imperial Innovations Group. The two investors:  Imperial Innovations, founded in 1986 as a vehicle through which to promote the commercialization of technology developed at Imperial College and now an investor in companies based on technologies from or associated with in total four universities; and the Norwegian firm Norner Verdandi AS, launched in 2011 to develop businesses based on technology and knowledge present within parent company Norner or derived from other companies, have each committed UK £550,000 (around $864,000), with the new funds to be used for research and development purposes as well as scaling up production. 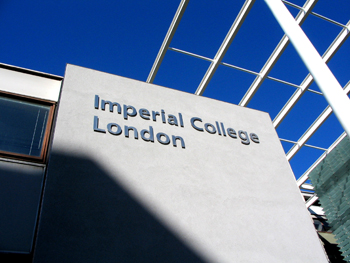 Likewise, the innovative chemistry on which the Econic catalyst is based is a polymerization catalyst, but, additionally, it enables a proportion of the hydrocarbon feedstock used in the production of the polycarbonate polyol and polymer to be replaced by CO2. It is therefore referred to as a co-polymerization catalyst, as two feedstocks are being used to create a single product.

The Econic catalyst and the process which uses it will enable polyurethane and polycarbonate producers to replace some of their raw materials with CO2 captured from waste. Hence, in addition to lower costs, plastics produced using this process would also contain a significant proportion of sequestered carbon dioxide, meaning the technology could play a role in carbon capture and storage. This will offer substantial benefits in terms of both operating costs and carbon footprint.

All three parties expressed their satisfaction with the deal and the opportunity it presents to share and mutually benefit from the contributed expertise. Plus for Norner, joining forces with Imperial is an important step forward towards the commercialization of CO2 based products that have been a key research field during the last 5 years. "Econic has the potential of becoming a superior catalyst producer within the CO2 plastics field, and Norner is proud of delivering expertise to make this happen," says Tine Rørvik, Chief Executive Officer, Norner.

As a result of the investment, Imperial Innovations holds a 43.3% stake in the business, while Norner Verdandi's share comes to 30% of Econic Technologies.