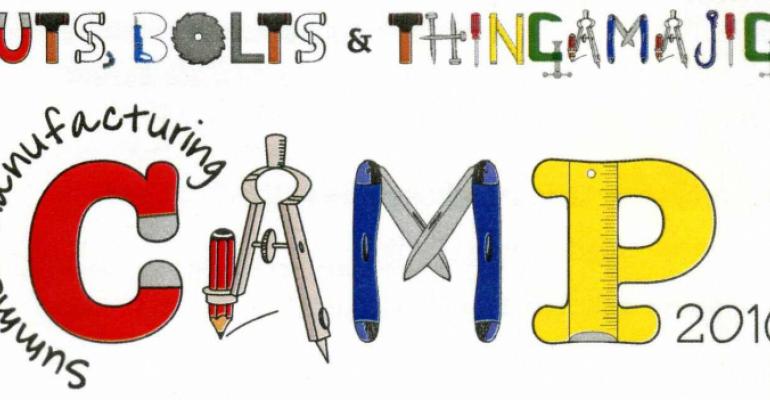 Harper College has addressed issue in three ways, including creation of an advanced manufacturing track for students; collaboration with other area schools; and a drive to entice young people to enter the field. That last effort has been an uphill battle given the recent history of manufacturing in the U.S. and the effect its downturn had on the parents of the youth being targeted today.

"The reason that getting kids interested in manufacturing has been a stretch is the same people who were in manufacturing and they were laid off, down sized, outsourced," Coons said, "it's difficult to tell their kids to enter the manufacturing field."

Coons cited several studies to characterize the breadth and depth of the issue in Illinois and elsewhere, noting that 82% of U.S. manufacturers surveyed by Deloitte said there was a shortage of skilled workers, and that 56% of those actually believe it will get worse. A further 64% said the workforce shortages are affecting their business. As finding workers gets harder, the need for more staff will not go away. According to a separate Reuters study, manufacturers anticipate a 38.7% increase in job openings.

College credits and a paycheck
Coons said a coalition of stakeholders developed a program to address the issue at the heart of which is a principle they dubbed "earn and learn."

"This is what we want to do and why the Department of Labor loves us," Coons said. "We encourage our students to earn and learn as they go through, and then continue to keep their skill level up. Once employed, they have to stay on top of newest technologies."

While taking classes, students also start internships at partnering manufacturing companies, gaining experience and money. At this point in time, 20 colleges across the entire state from the southern tip up to the northern reaches in Lake County, IL are participating in the program. A key point of the initiative is that it allows a company to "try out a student," while the "student tries out manufacturing." Once enrolled, students are asked to choose one of four focus areas:

This enables the students to complete their studies with a ready-made job title, key in today's market. "Students want to graduate as something, particularly from a community college," Coons said, "and be able to say I'm a nurse, etc."

The students also take some "core" classes, like applied math, English, so that once they complete their associates degree they can go onto a four-year school if they so please.

Starting younger
While Coons said the Harper College program is important for helping the state's manufacturers address the greying of their workforce, to truly recruit the next generation of skilled workers, efforts will have to start even earlier.

"What we've found out is high school is too late," Coons said. "In high school, you've already decided on a general career path. We have to get them younger."

To do that, Harper established a Summer Manufacturing Camp. Called, "Nuts, Bolts, and Thingamajigs." Middle schoolers, aged 11-14 years old spend mornings in a classroom, working with tools of the trade, creating CAD models for instance, and every afternoon, they have a field trip.

On one, the students went to a pizza plant, where they made their own pizza, before watching how they're cranked out on the factory floor. On another excursion to a CNC machining operation, the owner took down all the kids' name beforehand and when they arrived gave them each personalized metal engravings of their names. On a robotics themed trip, students worked in groups to try to stack boxes before being shown how an advanced robot could be programed to do so.

"It came to life for the students," Coons said.

So far so good
Thus far there are 70 students in program. Of the 14 that have interned, all but two were hired on full time where they interned, and the two that didn't had chosen to change their focus and are still in the program.

Through this effort, Coons hopes manufacturing can overcome the three D's that have discouraged kids from entering the field: dirty, dead end, and dark. Part of that is emphasizing that these aren't mindless jobs for people who can't hack it in other lines of work.

"This is not an unskilled labor force," Coons said. "People have to learn something to run a million dollar machine. We have to re-package and re-market manufacturing."