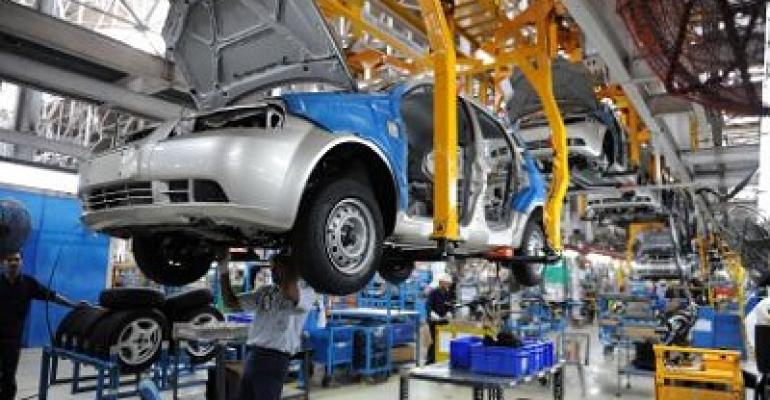 Styrenic resin and compound supplier Ineos Styrolution plans to increase its compounding capacity for acrylonitrile butadiene styrene (ABS) and acrylonitrile styrene acrylate (ASA) plastics by an additional 34,000 tonnes per annum at its Moxi plant located in Gujarat, India. Slated for completion in 2019, this expansion will grow Ineos Styrolution’s compounding capacity to 100,000 tonnes/year at the site. Two new extruders will be installed at Moxi, in addition to various infrastructure upgrades to support the additional site capacity.

This expansion will involve a capital expenditure of $20 million, which also includes the upgrading of site infrastructure. Additionally the company has sanctioned a detailed engineering study to evaluate doubling the overall production capacity for ABS in India over the next years.

The planned capacity expansion intends to meet the growing demand for styrenic polymers across key growth industries in India. ABS resin demand, for example, exceeded 200,000 tonnes in 2016 and consumption is growing at more than 10%/year. Indian vehicle production, meanwhile, grew by 7.9% in 2016 to total almost 4.5 million vehicles 2016, ranking the country sixth globally and overtaking South Korea in the process.

Sanjiv Vasudeva, Managing Director, INEOS Styrolution India Limited, says: “This expansion follows our earlier R&D facility upgrading investment in Moxi. It will enable us to better support the success of our customers in India by providing them the best solutions and a stable local supply, therefore paving the way for further growth together.”

“India is one of the key strategic markets in Asia where Ineos Styrolution plans to accelerate growth and expand our manufacturing footprint over the next years. The intended doubling of our production capacity in India is being substantiated with a major engineering study and will ultimately give us additional resources to meet the demands of a fast growing Indian market, further enhancing our position as the market leader for ABS and SAN (styrene acrylonitrile) in India,” comments Steve Harrington, President Global Styrene Monomer and Asia-Pacific.

“This investment follows previous growth investments including the acquisition of the global K-Resin [styrene-butadiene copolymers (SBC) business of Chevron Phillips Chemical] business [in October 2016] and, most recently, the planned ABS and ASA capacity increase in the Americas,” says Kevin McQuade, CEO Ineos Styrolution. ”Our investments very much reflect our focus on the overall global market potential for styrenics as well as supporting higher growth regional markets.”