Star Wars: May the plastic merch be with you

Star Wars: The Force Awakens is coming to a theater near you this week, and it looks set to demolish box office records. It's also manna from a galaxy far, far away for toymakers and the plastics industry, since plastic is the material of choice for toys. Star Wars–branded toys are marquee items this holiday season for both Hasbro and Lego, and analysts project that some $3 billion to $5 billion globally are tied to products connected with the latest film.

Star Wars: The Force Awakens is coming to a theater near you this week, and it looks set to demolish box office records. It's also manna from a galaxy far, far away for toymakers and the plastics industry, since plastic is the material of choice for toys. Star Wars–branded toys are marquee items this holiday season for both Hasbro and Lego, and analysts project that some $3 billion to $5 billion globally are tied to products connected with the latest film. 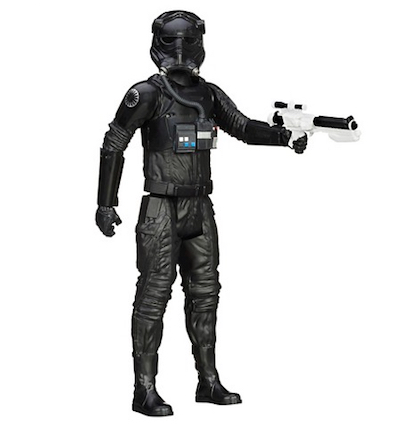 Toyland is a plastics wonderland! Just peruse the aisles of any toy store and you'll see more plastics molded into more exciting playthings than you can imagine. The shift began in the 1950s, when manufacturers of all types of consumer goods began exploring this fantastic new material for new applications. Toys were an obvious choice.

Many of the toys my brothers and I received for Christmas were made of metal—I had a stamped metal doll house—and wood. We had wooden building blocks and, of course, a large set of Lincoln Logs, a company that today is part of the K'NEX family, which manufactures the iconic wooden logs at a plant in Burnham, MN. Of course, K'NEX toys are injection molded in the USA. Dolls were often created out of ceramic (the head) and cloth, or rubber and a type of papier maché.

Mattel debuted the Barbie doll in 1959, and plastic became popular for figures with moveable arms and legs, and could be molded with minute details for a life-like look. A number of years ago, while doing a plant tour of an injection molding facility near Burbank, CA, I learned that Molding Corporation of America and several other injection molding and moldmaking companies in Southern California were involved in the toy industry in that region.

Over the past few decades, the toy industry has consolidated. Hasbro bought Cincinnati-based Kenner, which had a molding facility in Mexico. Mattel did its share of acquiring as well, and eventually moved work from molders in Southern California to proprietary facilities in Tijuana, Mexico, in 1991. An LA Times article from that time noted that the company "employs up to 2,500 people during peak production periods." The article went on to say that "Mattel and other U.S. toy manufacturers have steadily increased their Mexico operations in recent years," adding that the total value of toys exported from Mexico in 1990 was $161.4 million, according to the U.S. Department of Commerce.

Ultimately, many of the toy manufacturers headed to China to take advantage of low-cost labor. Toys made in Mexico represented only a fraction of "toys made in Far East countries such as Taiwan, China, Korea and Malaysia," wrote the Times, adding that toy production in China exceeded $1 billion annually, where workers were paid "as little as 35 cents an hour, a third of the typical Mexican wage."

Things have changed. As the myriad Star Wars toys and other products hit the shelves just in time for the holiday season, we're reminded of several things. First, we can think about how plastics have contributed to the longevity of toys and allowed intricate design configurations. I remember a molder in Southern California who used to mold toys for Mattel telling me that the molds for all the parts and components for toy cars, trucks, construction sets and dolls had such intricate details and complex geometry that they are designed and built with the same attention to exactness as any medical device.

Secondly, as we explore the shelves of toy stores and check out the country of origin on the packaging, we are also aware that a once-burgeoning U.S. manufacturing sector has slowly slipped through our borders, first to Mexico (not too bad, as a lot of moldmakers serve OEMs that manufacture there) and then across the ocean to China. We can remember, too, that reshoring has become more than anecdotal in recent years and Chinese labor costs are on the rise as are shipping costs, as well as the cost of IP theft and toy recalls.

Third, remember that in the face of global manufacturing, things will change. As Shmi Skywalker said in Star Wars Episode I - The Phantom Menace, "You can't stop change any more than you can stop the suns from setting." So embrace change, develop strategies to be competitive and let technology help drive your success.

Someday, toy manufacturing may return to the United States in a big way and, once again, offer opportunities for molders and moldmakers to grow their business in this ever-expanding and really cool industry sector.

Until then, may the force be with you.