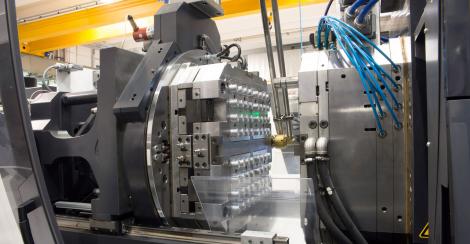 Conventus Polymers Opens Chinese Subsidiary
Jun 01, 2020
Based in Shanghai, the legal entity strengthens the company’s position in the Chinese market and allows it to serve both local converters and US-based OEMs that it currently supports.

Smurfit Kappa Launches Vitop Blue Tap for Bag-in-Box Cleaning Products
May 28, 2020
The new Vitop Blue tap was first introduced for hand sanitizer packaging, one of the most sought-after products during the COVID-19 pandemic.

China in the Firing Line
May 26, 2020
A webinar held by the Alliance of American Manufacturing provided a forum for four members of Congress, a business owner, and a representative from the United Steelworkers to talk about bringing manufacturing back to the United States.

Faster, More-Efficient Chemical Recycling Process Keeps Bioplastics in the Mix
May 21, 2020
UK researchers have shown that a chemical process using a zinc-based catalyst and methanol can break down consumer plastics and produce a biodegradable solvent with applications in cosmetic and pharmaceutical products.

NFL Prototypes Face Masks to Protect Players from COVID-19
May 21, 2020
The masks could include N95 or medical-grade materials and cover the full area behind a typical helmet face guard.

Business Is Booming for California-Based Flexible Packaging Company
May 20, 2020
Emerald Packaging’s bookings were up 100% in March, as its customers began buying more bags for produce because people were buying more vegetables and cooking at home.

COOL Online Act Proposes Updating Labeling Laws for E-Commerce Era
May 19, 2020
Websites are not required to show a product’s country of origin because labeling laws were written before internet shopping existed. This bipartisan proposal would ensure that online retailers abide by the same rules as brick-and-mortar stores.

Micelli Mold Has Chocolate to Thank for More than a Century of Sweet Success
May 18, 2020
Micelli Mold Co. has been making chocolate molds since 1917. Today, it is the only company in North America producing these high-tolerance molds, which are supplied to some 700 chocolatiers.
Load More