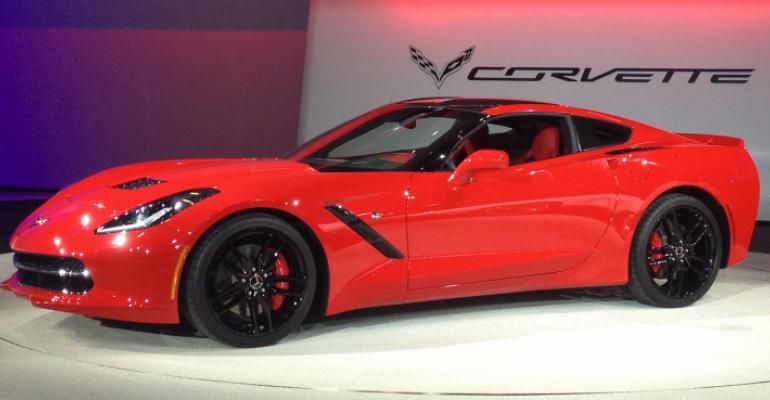 For the second time in three weeks, Continental Structural Plastics (Auburn Hills, MI) has been recognized by the composites industry for its TCA Ultra Lite material, winning the Materials category and receiving  the Grand Award from the Society of Plastics Engineers at last week's 2015 SPE Automotive Innovation Awards event.

For the second time in three weeks, Continental Structural Plastics (Auburn Hills, MI) has been recognized by the composites industry for its TCA Ultra Lite material, winning the Materials category and receiving  the Grand Award from the Society of Plastics Engineers at last week's 2015 SPE Automotive Innovation Awards event.

In late October, the 2015 CAMX Steering Committee awarded CSP its Unsurpassed Innovation Award at the CAMX Expo in Dallas, Texas. TCA Ultra Lite is a revolutionary, 1.2 specific gravity material that offers as much as a 40 percent weight savings over standard density advanced composite materials.  It is currently in production on the major body panels of the 2016 Chevrolet C7 Corvette.

"When we launched TCA Ultra Lite last fall, we knew it would be a game-changer for the composites industry, but we had to prove that it could withstand e-coat and paint oven processes," explained Frank Macher, chairman and CEO of Continental Structural Plastics. "Now that it is in production on the Corvette and accepted as an approved material by several OEMs, the industry is taking note. TCA Ultra Lite truly is a cost-competitive alternative to aluminum. It's just as light, and brings all of the benefits that come with using a composite instead of a metal."

The SPE Automotive Innovation Awards involve several phases. During the competition phase, dozens of teams made up of OEMs, suppliers and consultants work for months to hone submission forms and presentations describing their part, system, or complete vehicle module and why it merits the claim as the year's "Most Innovative Use of Plastics." Following this, teams must survive a pre-competition review and two rounds of presentations before industry and media judges. To win the Grand Award, CSP's TCA Ultra Lite beat out more than 30 award finalists.

Because there is no degradation of mechanical properties, lighter parts molded with TCA Ultra Lite do not have to be made thicker, or incorporate structural reinforcements, to maintain the  desired performance qualities. Specifically, Ultra Lite technology uses treated glass bubbles to  replace calcium carbonate (CaCO3), allowing the resin to adhere to the matrix and increase  the interfacial strength between the bubble and the resin. This is a patented treatment technology that results in a more robust resin mix that makes molded parts more resistant to handling damage, and prevents the micro-cracks that cause paint pops, pits and blistering.

TCA Ultra Lite offers automakers an opportunity to achieve a Class A finish with a material that is resistant to corrosion, dents and dings, ultimately providing the consumer with a vehicle that doesn't rust, and won't be subject to the scratches and dings that mar the surface of any vehicle panel made of metal. In addition, TCA Ultra Lite provides the benefits that come with using a composite over a metal, including significantly reduced tooling costs (50 percent or more, depending on production volumes) and the ability to achieve unique design cues such as deep draws that can't be achieved with a stamped metal.