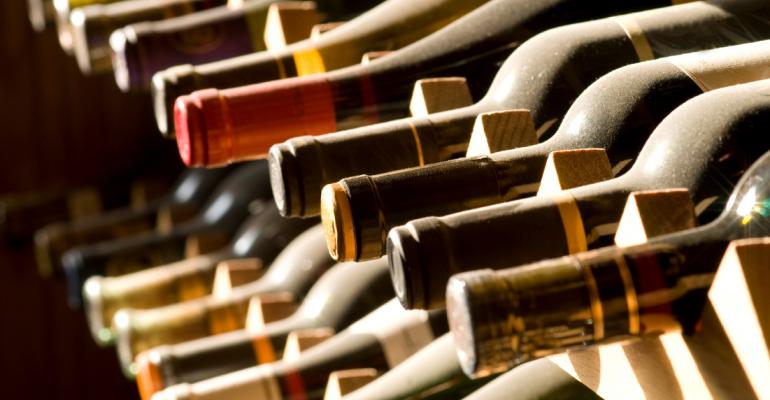 Among the numerous chemical compounds that go into the making of great wine, one family of chemicals that was never supposed to be a part of the wine drinking experience was that of the phthalates. Yet, a new study from France reveals that many of the wines and spirits produced there are to some extent contaminated by these compounds.

Among the numerous chemical compounds that go into the making of great wine, one family of chemicals that was never supposed to be a part of the wine drinking experience was that of the phthalates. Yet, a new study from France reveals that many of the wines and spirits produced there are to some extent contaminated by these compounds.

It's a finding that merely fans the flames of a problem that has already been causing discord within the EU. As I wrote in an earlier article this month "EU phthalate flap pushes industry to innovate" the phthalate issue is a highly sensitive one, but it is also one about which decisions are taken on a European-wide basis. However, a number of countries, including Denmark, Sweden and France, have made it clear that in their opinion, the EU is dragging its feet when it comes to regulating these substances. Denmark in particular has been extremely vociferous on the subject, even going so far as to attempt to impose a unilateral ban on a number of these compounds.

Why? Concern about the widespread exposure to phthalate compounds has be growing, and with reason: a number of phthalate compounds still used by the industry today are thought to have adverse effects on reproduction and development in humans, and have been accused of causing diseases ranging from cancer to diabetes. And while the toxicity of these compounds, and particularly their carcinogenic potential is controversial, some compounds are fairly unanimously considered to have major potential as endocrine disruptors.

Phthalate are known as "plasticizers" because they are used in the production of plastics to help make then soft and pliable. They are also found in many cosmetic and personal care products as fragrances. They occur widely in the environment, making exposure to these compounds well nigh unavoidable.

But how did they find their way into wine and spirits?

According to a French study entitled "Contamination of wines and spirits by phthalates: types of contaminants present, contamination sources and means of prevention" (Food Additives & Contaminants: Part A, DOI) and carried out by Chatonnet,  Boutou & Plana (2014),  the main problem is the containers used to store the beverages. The authors of the paper analyzed several materials frequently used in winery fermentation and aging facilities and polymer compounds likely to contain phthalates in order to identify the major source(s) of contamination in wines and spirits. They found that some of the vats in which the wines or spirits were kept, especially those that were 10 years or older, were coated with an epoxy resin coating, from which the phthalate compounds migrated. In the light of the findings, their advice is to end the use of such containers or "envisage renovating them with modern resins that comply with the current regulation, or, better still, products that do not contain any phthalates or bisphenol-A and its derivatives, in anticipation of upcoming changes in food-contact regulations around the world. The latter option is, of course, the best but also the most expensive."

How bad is it?

About 59% of the wines analyzed contained significant quantities of one particular form of phthalate, dibutyl phthalate (DBP), and only 17% did not contain any detectable quantity of at least one of the reprotoxic phthalates.

Perhaps a more worrying statistic the research brings to light is that 11% of the wines analyzed did not comply with EU specific migration limits (SML) for materials in contact with food, as they exceeded the SML for DBP; just under 4% were close to the SML for Di-ethylhexyl phthalate (DEHP).

Due to their higher ethanol content and the solubility characteristics of phthalates, spirits were likely to contain larger amounts of these compounds. About 19% of the samples analyzed were considered non-compliant to the SML for DBP and nearly 7% were close to the SML for DEHP. What's more, the aged spirits analyzed were frequently excessively contaminated with Di-iso-butyl-phthalate (DiBP), a phthalate compound that is not even permitted for items in contact with food. This implies that these had been stored in contact with a material that did not comply with the current regulation on materials in contact with food and should not, therefore, be marketed for human consumption.

Obviously, some kind of action is needed. The researchers themselves suggest that producers conduct a risk assessment on a case-by-case basis as soon as possible. "The elimination of all materials containing significant quantities of phthalates from winemaking premises is advisable and possible in the short-term," they write. An applaudable conclusion, indeed. But perhaps the EU should indeed stop dragging its feet on the subject of phthalate compounds.

After all, it's hard to believe in the much-extolled health benefits of wine drinking when drinking wine that is possibly contaminated. And the fact that the contamination percentage of the French wines and spirits analyzed, which, it should be noted, were all being marketed in Europe or intended for export was so high, is downright unnerving. The report makes it clear that the current EU regulations on phthalates and food contact, at least in this area, are simply not good enough.

So tomato juice anyone? Cheers!