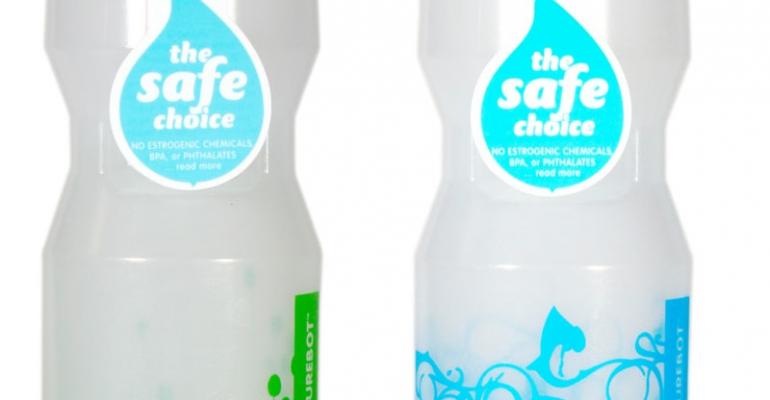 Due to these concerns, Congress passed the Food Quality Protection Act and the Safe Drinking Water Act Amendments in 1996 requiring that EPA screen pesticide chemicals for their potential to produce effects similar to those produced by the female hormones (estrogen) in humans.

This act also gave EPA the authority to screen certain other chemicals and to include other endocrine disruptors. EPA developed the Endocrine Disruptor Screening Program (EDSP) specifically to assist in identifying and assessing chemicals that may act like naturally occurring estrogens and exhibit other endocrine activities. The agency is in the process of implementing the testing program.

The science in this area is still developing, but the EPA said it is engaged in collaborative research and will incorporate new information as it is validated.

"The fact that a chemical has a demonstrated endocrine activity does not necessarily mean that it is an endocrine disruptor and may pose adverse health or other environmental risks," an EPA spokesperson told PlasticsToday. "The EDSP utilizes a two-tiered approach to assess potential activity in a battery of validated assays and a set of comprehensive and definitive tests to ascertain possible adverse consequences to realistic exposures. Information from EDSP studies will assist the EPA and FDA in determining whether there are unacceptable risks and, if necessary, any appropriate regulatory actions needed." 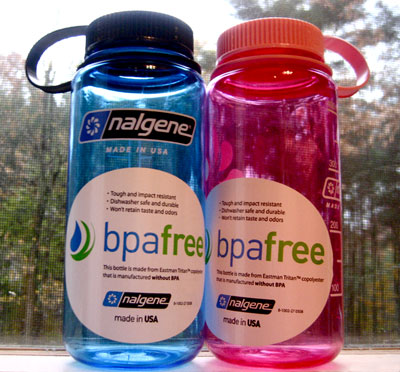 Many decisions about whether chemicals in the U.S. are safe or not, comes down to the Food and Drug Administration (FDA).

A FDA spokesperson said that the organization is fully aware about chemical agents that can affect hormone signaling, including estrogen signaling, being present in the environment, packaging materials and foods.

"While there has been extraordinary attention paid to BPA, FDA is certainly aware that this is only one of many such agents," the spokesperson said. "New information is always evaluated with an eye to incorporating that information into their testing guidance.â€¨"

The FDA believes while the PlastiPure and CertiChem study did report estrogenic activity in an in vitro assay in extracts of plastics, this in itself, does not provide sufficient information for a safety assessment.

Without information on the identity of the active agents, level of exposure, absorption and metabolism, it is not possible to evaluate the potential risk, the spokesperson said.

For instance, one can look at some of the hormonally active agents that were and continue to be intensely evaluated, including dioxins, phthalates, soy isoflavones, atrazine, and BPA to understand the complexity of evaluating the potential risk of exposure to such agents.

In the case of BPA, a consensus on the risks posed to humans has certainly not been achieved despite enormous research efforts, although regulatory agencies have come to similar conclusions based on existing data.

In March 2012, the FDA opted not to ban BPA in food packaging as the scientific evidence at this time does not suggest that the very low levels of human exposure to BPA through the diet are unsafe.

Moving forward with BPA, an effort funded by the National Institute of Environmental Health Sciences (NIEHS) and the National Toxicology Program within NIEHS is underway to collaborate with multiple academic laboratories to broaden the scope of endpoints covered, such as molecular, morphological, and functional endpoints, and evaluate how these non-traditional endpoints can better be incorporated into safety assessments.

"There is much confusing information presented to the public regarding estrogenic agents, including BPA, and it is important to work toward trying to better educate the public on the nature of the scientific issues involved," the FDA spokesperson said. "Our approach is to work on coming to a resolution of the existing controversy surrounding the well-studied agents such as BPA.  As mentioned previously, the data provided by the referenced study are insufficient to evaluate any potential risk."

Complicated subject with no conclusion yet

John Spevacek is a polymer scientist whose specialty is in polymers and their rheology, chemistry and physics. In March 2011, he wrote an article on his blog, entitled, "Estrogen Activity in Plastics Report Has Many Flaws."

Spevacek said he wrote the article because while he had many issues with the study by CertiChem and PlastiPure, it came down to the fact the researchers never identified what the EA compounds were.

While he has not personally done any research in EA, Spevacek said the issues that he is raising are not just about EA. Rather, they are first about ensuring that the samples that are tested are proper samples, and then secondly, ensuring that what is reported elsewhere is what was actually stated in the article.

"While that may seem like a picky point, my concern is that the plastic materials were put through some very abusive conditions before the EA tests were run," he said.

CertiChem used a roboticized MCF-7 cell proliferation assay, according to the company, which it calls a very sensitive, accurate, and repeatable method, to quantify the EA of chemicals leached into saline or ethanol extracts of many types of commercially available plastic materials. They were exposed to common-use stresses such as microwaving, ultraviolet radiation and/or autoclaving.

Spevacek said the samples were exposed to extreme UV light with a wavelength of 254 nm.

"This is a wavelength that is thankfully never present in natural sunlight here on Earth or we would all have skin cancer and cataracts by age 20," he said. "It is well known that exposing plastics to UV light leads to chemical reactions within the plastic, meaning that the UV light created new chemicals in the plastic."

It may well be the new chemicals are the ones showing EA and not what was in the original plastic, but Spevacek said that it needs to be verified that these EA chemicals were originally in the plastic, and at a level of concern, not introduced through "artificial aging."

The researchers may argue that their UV exposure merely accelerated the UV exposure that the plastic would normally encounter, but that statement needs to be supported with data, not just asserted, Spevacek said.

"It is a very complicated subject, you just can't turn up the intensity of the light bulb and be indiscriminant with the wavelengths that are being used, or you will get false results," he said.

Spevacek emphasized that he does not have competency to judge the test used by PlastiPure and CertiChem, but said he suspects, however, that Eastman's issues are that the test is qualitative, not quantitative, and that a minimal level of the EA chemical needs to be present in order to have an effect on humans.

"Also, calling a product 'EA-free' is a bad idea," he said. "A proper analytical test report will never say a material is EA-free, or lead-free, but will instead state that the EA was below the detectable limit."

"As analytical testing technology improves, the detection limit drops continually," Spevacek continues. "A product that today has no detectable EA may well end up showing EA in the future with more-sensitive analytical techniques, meaning that a product that is EA-free today may not be EA-free in the future. That would be some pretty serious egg to try and clean off one's face, but this again clearly shows the profit drive behind these two companies."

Spevacek said he's keeping an open mind on the subject and that if PlastiPure and CertiChem can run the tests he proposes, which is to identify the EA chemicals and show that they exist in the virgin samples and appropriately aged samples at a sufficient level to cause EA, he will have no problem accepting the results.

"I am not in any way saying that these plastics do not have EA activity, only that the testing here was so poorly done that it cannot be used to support the conclusions of the researchers," he said.

While Spevacek believes EA is something to be concerned about, he said decisions must be made thoughtfully and rationally, rather than emotionally.

"If changes are made to start using new materials, the new materials may end up being worse than what is currently being used, and it would be pretty unrealistic to expect us to go back to what was previously banned," he said. "So the only option will then to be to go on to a third material and then a fourth ..."

Editor's Note: This is the third of a three-part comprehensive report on estrogenic activity (EA) in plastics. The earlier parts included an in-depth look at what EA is and the implications it holds for chemicals that are accused of provoking it and an examination of the Eastman Chemical v. PlastiPure lawsuit.