With more companies placing a greater focus on packaging sustainability, sugar cane is making it easier to go green. AT&T joins Procter & Gamble and Heinz in an effort to use plastic derived from sugarcane.

With more companies placing a greater focus on packaging sustainability, sugar cane is making it easier to go green.

AT&T joins Procter & Gamble and Heinz in an effort to use plastic derived from sugarcane. 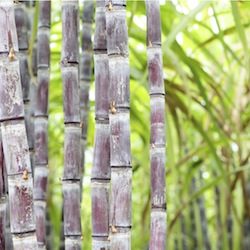 The telecommunications provider is now using Klöckner Pentaplast's TerraPET films for all of its branded wireless accessories.

Klöckner Pentaplast's TerraPET films are made in part from sugarcane, which can allow customers to replace fossil fuel based material with up to 30% plant based material.

"As a company we are committed to minimizing our own environmental impact, and we see the introduction of this plant-based plastic as an important step in the right direction," stated Jeff Bradley, senior vice president for devices, AT&T in a press release. "We are actively working with our accessory suppliers to incorporate both less packaging and more sustainable plastic and paper."

The TerraPET film is sourced from ethanol harvested from sugarcane. Since sugarcane is a semi-perennial crop, the same plant can harvest and re-grown for up to seven years.

"KP's TerraPET film offers the same clarity and performance as APET," she said. "They process on existing equipment in the same thermoforming range and with the same cuttability as standard APET."

With a heat-deflection temperature of over 145°F (63°C), no special handling or logistics are necessary to process TerraPET, she said.

As with standard APET films, packages produced with these films can be marked with SPI resin identification code 1, and waste from thermoforming operations is compatible with existing pre-consumer recycling streams.

The TerraPET films can be used for food and general-purpose thermoformed packages, such as blisters, clamshells, and trays, as well as non-thermoformed applications, including transparent boxes and windows, box lids, and rounds.

AT&T became the first U.S. telecom company to use this type of plastic in its packaging. P&G began using sugarcane-based plastics for some of its products, and Heinz announced it would license The Coca-Cola Company's PlantBottle technology to use for its ketchup packaging.