Editorial: Can the U.S. government do better in additive manufacturing than it did in solar?

A recent headline in Manufacturing & Technology News, caught my eye: "Government Is Pushing Full Speed Ahead On Additive Manufacturing." The editorial by Richard A. 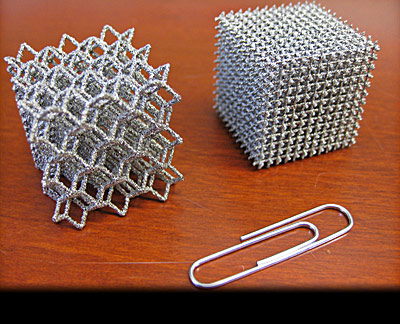 According to McCormack's information, the "center is expected to be funded at $45 million with money that has already been appropriated by Congress. Of the total, $30 million will come from the Department of Energy" (well known for making wise decisions when it comes to funding projects, i.e. Solyndra and Solar Trust of America) "and Defense, of which up to $15 million will be used to buy equipment." (I can see EOS, 3D Systems, Stratasys and others drooling over the RFQs already.) "Another $10 million will be provided by the DOD ManTech program. The National Institute of Standards and Technology (NIST) will contribute $5 million. NASA is also involved."

This news came just before the Rapid 2012 Additive Manufacturing conference held this week in Atlanta. Attendee interest no doubt piqued when they heard that this government AM pilot center "will be a step to get additive manufacturing from a niche to the mainstream," McCormack quoted Phil Spampinato, Director, Government Business Development for ILC Dover, an engineering company that makes space suits for NASA, respirators used by soldiers in Afghanistan, and other equipment. In fact, so far, ILC Dover which has used AM for 20 years, "is the only vendor that has expressed interest in operating the center."

Here's the real kicker. According to Spampinato, "The government has to play a role because industry is not going to invest in the developmental side of it beyond parochial interests." (I'll bet Greg Morris of Morris Technologies in Mason, OH is really happy to hear this!) "The government or some strategic entity has to take it to the next level. If our government doesn't do it, then the Chinese, Indians, Brazilians or others will." (Hm-m-m, how dare those Chinese, Indians, Brazilians or others get ahead of us in AM!!)

Supposedly, the proposed Additive Manufacturing Pilot Institute will develop open architecture processes 'that have flexibility in starting raw materials, insitu metrology and process controls for quality,' says the solicitation announcement. It will work on fabrication of new materials that have properties such as tailored stiffness, electrical conductivity and cooling passages. It will try to improve deposition rates, surface finish, manufacturing throughput, process reliability and lower energy density. It will develop 'additive manufacturing enterprise methodologies for enabling rapid design and functional fabrication of current and future DOD platforms through integration of digital designs with reverse engineering techniques using computational tools.' And it will try to develop methods to 'rapidly and affordably quality additive manufacturing processes.'"

Excuse me? Correct me if I'm wrong - and I certainly want to hear from you if I am mistaken - but aren't AM companies, equipment manufacturers and people like Terry Wohlers already doing most - if not all - of these things? Didn't Wohlers Associates work through the Society of Manufacturing Engineers (SME) and the ASTM International to develop the first standard for AM - a universal language for AM? According to an article I wrote back in January 2010, the ASTM formed the Committee F42 on AM with the SME's Rapid Technologies & Additive Manufacturing Community. Obviously the government doesn't know anything about the 20-year history of AM and all that's been accomplished. Does this surprise anyone?

Now for the best part: "The government hopes the institute will become self-sustaining in five years."  Haven't we heard that word "hope" somewhere before? And five years? Wasn't that supposed to be Solyndra's time line?

Before the taxpayers are asked to throw more money at another government boondoggle, we'd better all write our Congress people and let them know that AM is already on the fast track to developing materials, equipment, reverse engineering, design and development of end-use products and much more.

The more big government gets its hands into things of which it knows nothing, the more money we see dropping into the black hole. Let the AM industry - private enterprise where the goal is to be profitable and develop a sustained business model - do its job. We'll be far better off.  Whenever the government pushes "full speed ahead" on anything, the taxpayers are the ones who get pushed over the cliff.