Greenwashing continues to be an issue even though many people in the plastics industry are aware of the science that often refutes the hype behind bioplastics. On Oct. 1, the Federal Trade Commission released is Green Guides to steer the bioplastics industry away from the fiction of biodegradability of materials, including plastics, in landfills by prohibiting deceptive, unqualified degradable claims.

Greenwashing continues to be an issue even though many people in the plastics industry are aware of the science that often refutes the hype behind bioplastics. On Oct. 1, the Federal Trade Commission released is Green Guides to steer the bioplastics industry away from the fiction of biodegradability of materials, including plastics, in landfills by prohibiting deceptive, unqualified degradable claims.

The Plastics Environmental Council (PEC) responded to the new Green Guides favorably, noting in a release that "Degradable claims should be qualified clearly and prominently to the extent necessary to avoid deception about: 1) the product's or package's ability degrade in the environment where it is customarily disposed; and 2) the rate and extent of degradation," according to the new Guides. 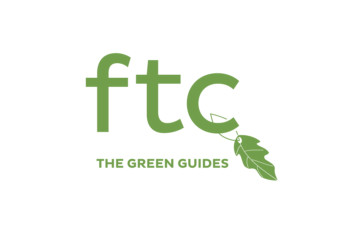 Charles J. Lancelot, Executive Director of the PEC and a veteran of over 40 years in plastics technology, said, "This is an important distinction, and the new Guides come at an auspicious time. We have worked long and hard over the past year with the ASTM to develop a new standard specification that determines exactly that: the rate and extent of degradation of materials in landfills using the published methodology of Morton Barlaz, a world-renowned authority on landfill technology." The new standard will soon be available to document conformance to the Guides.

Unqualified degradability claims
The FTC states that it is deceptive to make an unqualified degradable claim for items entering the solid waste stream if the items do not completely decompose within one year after customary disposal, which includes landfills. That has caused some controversy with Lancelot noting in the release that "most common wastes including garden and food wastes, newsprint, office paper, and others in fact take many years and in many cases several decades to biodegrade in landfills, quite contrary to some consumers' beliefs." Thos "beliefs" were laid out in 2006 when a survey was taken as to what people believed happens to biodegradable materials. "What this means," said Lancelot, "is that the requirement to provide qualified claims clearly stating the rate and extent of biodegradation of plastic packaging or products in a landfill puts them on the same footing as any other common waste."

Who's to blame for a misinformed public?
And so what about the misconceptions, misinformation and misguided understanding of the abilities of any material labeled "bioplastics" to disappear from the landscape in any environment, whether that's a landfill or a roadside ditch? Some lay the blame at the feet of the trade news media which they claim perpetuate the "bioplastics" myth by continuing to write about and thus promote, bio-plastic products.

One of those who criticizes we journalists in the plastics trade media is Igor Catic, a professor at the University Zagreb in Croatia. He recently wrote to me noting that while he's sent commentary to us before, he didn't get the reaction he expected. "Some [journalists] threw [his comments] into a garbage bin. With some of my good colleagues I stopped communicating. Some said they had to publish texts on bioplastics because of commercials."

He noted in his letter that his article titled Bioplastics, yes but . . . was published in a magazine, and that editor agreed that bio-plastics needs to be positively promoted, but not at the expense of other plastics. And in fact, Catic points out, in 2011 there were 280 million tons of "fossil plastics" produced and only 1.2 million tons of bio-plastics produced. "Besides, bio-plastics should be separated from biodegradable plastics, especially referring to oxo-biodegradable bioplastics.

Catic argues that his "initiative was right" as shown by the statement in the September 2012 European Bioplastics issue that read: No Greenwashing with Bioplastics. He believes that it will be a long time before bioplastics will become an important part of plastics production as a whole, nothing that in 2011 it was still only 0.47% of plastics produced.

Certainly, there are news stories almost every day from companies claiming to make some type of new bioplastic material from some type of algae, weeds, or other natural products. But, as Catic argues that doesn't necessarily mean it's "natural."

Industry process, natural decomposition
As I recall Ramani Narayan, professor of chemical engineering and materials science at Michigan State University, saying at a conference over a year ago that because plastics is created by an industrial process, you can't break it down in a natural environment. Narayan railed against the improper use of the term 'biodegradable', with which I'm sure Catic would agree.

"The problem is that people are claiming that all you do it put in an additive into the plastics and the material will magically disappear," said Narayan. "Biodegradable is a misused and abused term. What we need is an end-of-life strategy."

Let's hope that the new Green Guides from the FTC will help solve both Catic's and Narayan's frustration with the term "biodegradable" and replace the hype with solid science.