European Bioplastics report: The end of the oil age and rise of bioplastics 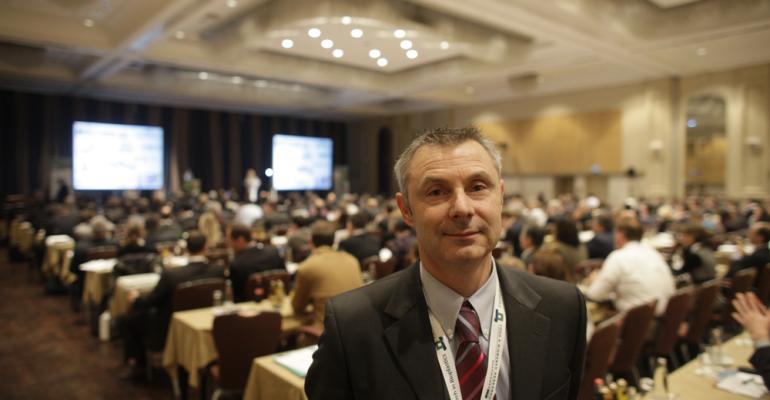 With 420 attendees, the 6th European Bioplastics conference in Berlin could rightly be termed a major success. This year, more than 80% of the participants came from Europe, 10% from Asia, and the better part of the remaining 10% from North and South America. Established players ranging from BASF, DSM, PolyOne, NatureWorks and Dow to Novamont, BioAmber and the World Wide Fund for Nature offered insights and information on new materials, environmental aspects and strategic market development.

With 420 attendees, the 6th European Bioplastics conference in Berlin could rightly be termed a major success. This year, more than 80% of the participants came from Europe, 10% from Asia, and the better part of the remaining 10% from North and South America. Established players ranging from BASF, DSM, PolyOne, NatureWorks and Dow to Novamont, BioAmber and the World Wide Fund for Nature offered insights and information on new materials, environmental aspects and strategic market development.

'The oil age will end long before we run out of oil' -Maurits van Tol, DSM

Worldwide, numerous industrial sectors are building sustainability into policies, leading some to proclaim that the transition from a fossil-based to a bio-based economy is already underway. Not only are rapid strides being made in the development of materials based on renewable resources, the market for compostable materials is also set to grow strongly. Major brand owners are moving into the use of bioplastics, with a focus on renewable materials. As Andy Sweet, chairman of the European Bioplastics Association said, "The world wants to do things in a green way. It's a world of opportunity!"

It's also an idea companies are increasingly warming up to.

According to Maurits van Tol, DSM Bio-based Products & Services, the oil age is nothing but a blip on the screen. Summing up a number of key trends and drivers that today are helping to bring bioplastics to scale, he argued that the transition to a bio-based economy will bring multiple benefits in terms of jobs, innovation, energy security and economic growth. He also made the point that "renewability is not enough as a value proposition". In other words, added value must be provided through demonstrable benefits such as improved performance, cost and better LCAs,

A good example of a company that has gotten the value proposition right is Dubai-based Taghleef Industries. This company specifically targeted the end-of-life problems surrounding flexible packaging when launching their biodegradable biaxially oriented polylactic acid (BoPLA) Nativia range of packaging films in 2010. With these films, they have successfully brought multi end-of-life options for flexible packaging within reach. And more is still to come: the company announced in its presentation that it was now working with German barrier film manufacturer Extendo to develop a more sustainable solution for modified atmosphere packaging.

NatureFlex, a company that produces cellulose-based barrier films that have been tested and proven to provide an effective barrier against mineral oil residues. Mineral oils became a concern in food packaging in 2010, when a Swiss team for food control measured the presence of these oils in various packaging materials, deriving from such sources as recycled fibers in paperboard. Conventional plastic liners in, for example, cereal boxes offer a temporary barrier (lasting from a few hours to up to one month). NatureFlex films have been found to offer a barrier lasting five years or longer.

Dow presented details about the joint venture with Mitsui & Co. in Brazil to build the world's largest integrated facility for the production of biopolymers made from renewable sugar cane derived ethanol.  The annual targeted capacity of the new facility in 400,000 tons. This will give the company access to new, biomass-based feedstock while diversifying the raw material streams from traditional fossil fuels.

BioAmber, a U.S. producer of biosuccinic acid in France discussed this company's partnership with Mitsui & Co. and the plans to build plants in Ontario and Thailand for the production of 1,4 butanediol (BDO) and biosuccinic acid. It's not the first time BioAmber, a company that believes in open innovation, has gone the partnership route: earlier partners include Cargill, Lanxess, PTTMCC Biochem and Mitsubishi. BioAmber's biosuccinic acid is the first commercialized biobased, cost-competitive chemical to directly substitute its petrochemical equivalent. Mitsubishi uses BioAmber's biosuccinic acid to produce PBS, a renewable, biodegradable thermoplastic that Babette Pettersen of BioAmber described as a 'drop-in designed for food contact. Semi-durable and durable materials are a future goal.'

At Toray, the company's "Green Innovation Products" program implemented in April is starting to show results. The focus of the program is two-pronged: expansion of the bio-based polymer range by means of the production of drop-in polymers made from renewable resources (integrating biotechnology with chemical conversion technologies), and the use of its proprietary membrane technology to improve the biological and chemical processes - fermentation, biomass conversion, saccharification  - involved in the production of biomonomers and biopolymers. The program was instituted as part of the company's management policy that all business strategies must place priority on the global environment in an effort to help realize a sustainable low-carbon society. Just recently, Toray has achieved an important success in this direction with the production of laboratory-scale samples of the world's first fully renewable biobased PET fiber based on fully renewable biobased PET. Samples of the fiber were exhibited at the company's stand at the conference.

In a presentation by Rhein Chemie, the company discussed its additive approach to overcoming PLA's inherent hydrolytic weakness and to improve long-term stability for consistent and easier processing. The new product line was launched earlier this year under the trade name BioAdimide and enables the production of renewable, bio-based polymers for durable applications with a lower environmental impact. This constitutes a true innovation for the third generation of bioplastics, and led to Rhein Chemie's recently receiving the Frost & Sullivan 2011 Global New Product Innovation Award 2011 in the Bioplastic Additives Market for the new additive.

Lactide-producer Purac has developed the technology to produce high-heat PLA, enabling the use of PLA for more demanding applications. By mixing close to 100% pure poly-L-Lactide (PLLA) with 100% poly-D-Lactide (PDLA), Purac and partner Synbra Technology have successfully produced a heat-resistant PLA with exceptional thermal and impact properties far exceeding those of the individual homopolymers. The new material has a Heat Deflection Temperature (HDT) of 123°C - thoroughly outperforming conventional PLA - and an impact strength that is comparable to that of ABS. After being molded, the material is even able to withstand boiling water. Purac PLA technology can replace PS, PP and ABS-like materials in applications where heat performance is a key requirement.