European EPS industry suggests a name change for the material

Styrofoam, foam plastic, that white packaged stuff that holds you food - those are all names given to expanded polystyrene (EPS) in the states. Over in Europe, names to describe the material include styropor, PSE, piepschuim or polyfoam.

Styrofoam, foam plastic, that white packaged stuff that holds you food - those are all names given to expanded polystyrene (EPS) in the states. Over in Europe, names to describe the material include styropor, PSE, piepschuim or polyfoam. 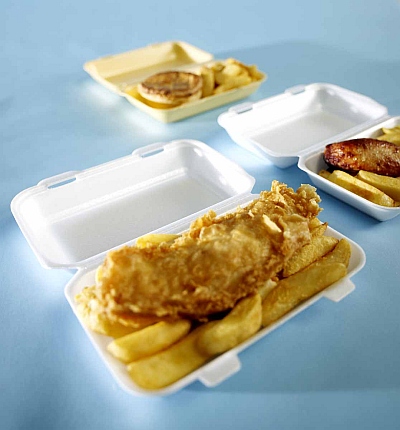 As you can see there are plenty of names floating around to describe EPS. And it looks like the European EPS industry is tired of multiple names being used to describe just one material. So they believe they have come up with solution and has introduced a common European name for EPS:â€¨ airpop engineered air.

How did they come up with this name? Here's an explanation: "Simply because the name airpop immediately brings to mind what the material is made of - It's air. A lot of air. 98 % air, to be precise. And just a tiny fraction is made of synthetic material, which expands to 50 times its own volume. To protect everything that needs to be protected: our children's heads, TVs, fresh fish and thousands of other things."

The airpop-campaign has been initiated by EUMEPS Power Parts, European EPS converters, along with the national EPS associations and European EPS raw material producers. The creative concept has been developed by the communication agency Ogilvy & Mather out of Frankfurt, Germany.

The group along with IK, the trade association representing plastic packaging in Europe, introduced this new name at Interpack 2014.

airpop represents an industry of about 200 small and medium sized converters for molded parts in Europe. They process about 300,000 tons of raw material into 'airpop' molded parts. Main customers are producers of household applications, electronic technologies companies, the HVAC and the food industry.

This is a very interesting decision by the European producers. Do you think the name airpop will catch on in Europe? If so, could we see the U.S. adopt this name?