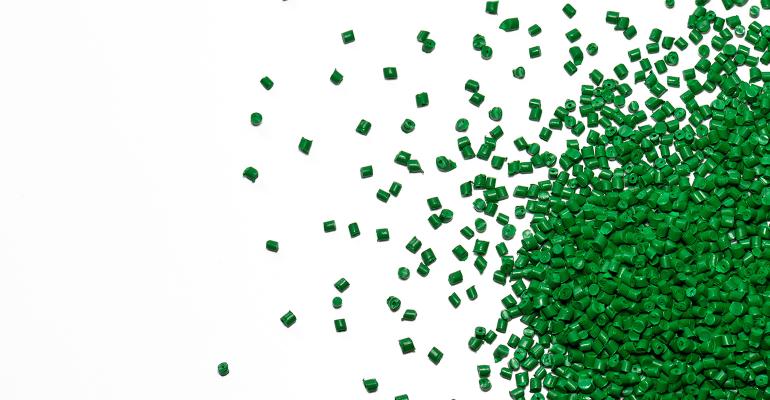 No plastic is 100% pure, so knowing it contains an additive is immaterial. What matters is knowing how much additive it contains.

In (very) olden times, there was no need to name the months. The moon comes around full every 29-1/2 days (it takes only 27.322 days to go around the Earth, but the difference is because our axis points to the North Star and everything is moving around the Sun). The day's length told people it was — or wasn’t — time to do their agricultural work, which is how they survived.

The Romans liked to name things, so they started with the first agri-month, and named it Martius, after Mars, the god of war and the protector of farmers. (I didn’t know that, either.) Mars was also a big deal in Rome because he was the father of Romulus and Remus, who founded Rome. (If you like such trivia, donate to Wikipedia, which is where I learn this stuff). April comes from the root abri, meaning to open; May is from Maia, the mother of Mercury; and June is from Juno, Jupiter’s queen. July and August are from Julius and Augustus, the Caesars (Kaisers, Czars), and September-October-November-December, the “embers,” are just from the numbers 7-8-9-10, which got them to the longest nights around Dec. 21, the winter solstice. That left some time until the reawakening of spring (the equinox, March 21), so they added January, after Janus, a two-faced immortal looking both forward and back (plan for the future, learn from the past). Julius Caesar organized the year, and later the Christian churches went along with different methods, all to deal with the 365.25 days it takes for the Earth to go all around the Sun.

After January there was time for another month, which the Romans called February because they had a purification festival called Februa, a last fling before the work of the New Year began again in Martius. And that purity is my lead-in to extrusion — we want to know our materials, so we can use them wisely and profitably.

All plastics have additives — some obvious, some invisible

First of all, no plastic is 100% pure when it goes into the extruder. All of them have additives — some are obvious, like colorants, and some are invisible, like light stabilizers that keep the Sun’s ultraviolet rays from breaking the molecules and discoloring or weakening the plastic.

HMM — how much matters — is my favorite acronym. I squirm when I hear the words “in it,” as in “it has sugar in it” or “there’s BPA in it.” I want to scream, “How much is in it?” but usually I don’t. Often the speaker wants/needs to avoid dealing with the actual amount. Additives are prime examples: We can’t know a compound is adequately protected from sunlight degradation (UV) without knowing what the additive is, how uniformly it’s mixed, and how much of it is in it.

The BPA issue is even worse, as this compound (bisphenol A) is associated only with polycarbonate, and no other extrudable. It’s not an ingredient and none of it should remain in the plastic. Yet, its presence is feared in any amount, and its absence is Ioudly touted on labels. It’s like labeling a bottle of drinking water "fat-free."

What’s in your material, and how much? Some suppliers don’t want to tell you, lest you get it made more cheaply elsewhere, but that can be managed by NDAs, or by just telling which ingredients but not how much, or by specifying performance rather than content. This is why we buy polyolefins based on melt index and solid density, preferably by ranges (melt index 1.8 to 2.2, for example), rather than averages. Other properties can be specified, too, such as particle size, bulk density, tensile (strength, elongation, modulus), and opticals. Remember that some tests may degrade the material less than actual extrusion, but this can be considered in the purchase specs.

For PVC and a few other polymers, this is not so easy. A torque rheometer or a lab-size extruder is useful, but the need frequency may not justify the testing device cost vs. a nearby public lab. It doesn’t justify doing nothing, either. When volume is big enough, processors formulate their own, often done with PVC, but need good mixing equipment and still must deal with compound and ingredient variation.

Non-polymer contamination may come in from the outside, such as a napkin carelessly tossed into a scrap bin that looks like garbage to the tosser. There is a classic case of insect fragments blamed on the resin supplier but eventually traced to flies living in the processor’s silo (true story — details on request).

That’s the purpose of screening. A few extruders still don’t use screens because the application isn’t sensitive to contaminants (are you sure?) and the screens raise back pressure and make the motor work harder, which may raise melt temperature and either promote degradation or require more additive cost to prevent it. Screens keep the big stuff out and solve the special problems in processing recycle; help to achieve super-clean fibers, filaments, and thin film; and can secure a stable flow rate even as the screens trap more contaminant. Too much detail for here.

Did we make it ourselves? Colored particles and streaks are sometimes the result of degradation within the extruder. The material may make clear film in a lab line, but is hot a lot longer in a production line and may start degrading there. This is an interaction of the streamlining of the flow paths in the head and die, running too slow (more residence time), melt temperature (screw design, heater settings, viscosity), and the thermal stability of the feed, which is critical but not easy to measure. It may be easy to fix, though, by more antioxidant/stabilizer, lower melt viscosity, or lower heat settings. There is a balance of production rate that says faster = hotter = earlier degradation and more frequent cleaning shutdowns, while slower may get cooler melt and run longer without shutdown.

To purge or not to purge?

Purge compounds avoid shutdowns by pushing out the inside-generated contamination and ideally leaving a clean inside. Nothing is ideal, though. Purge compounds often perform as claimed, but there are many purge principles and you need one that works on your material(s) and system and saves more money than it costs. In many cases, shutdowns lose production time, but if done carefully may use less material. The purge suppliers will help, but real-world trials are needed, and every case is different. Some processors make their purges from scrap/trim mixed with fillers and/or extra antiox/stabilizer.

So, as we slowly and cautiously move out of our pandemic, have a Februa fling (outdoors, like the Romans) and keep on making useful products with our nontoxic plastic materials.