Extrusion and the Season of Light 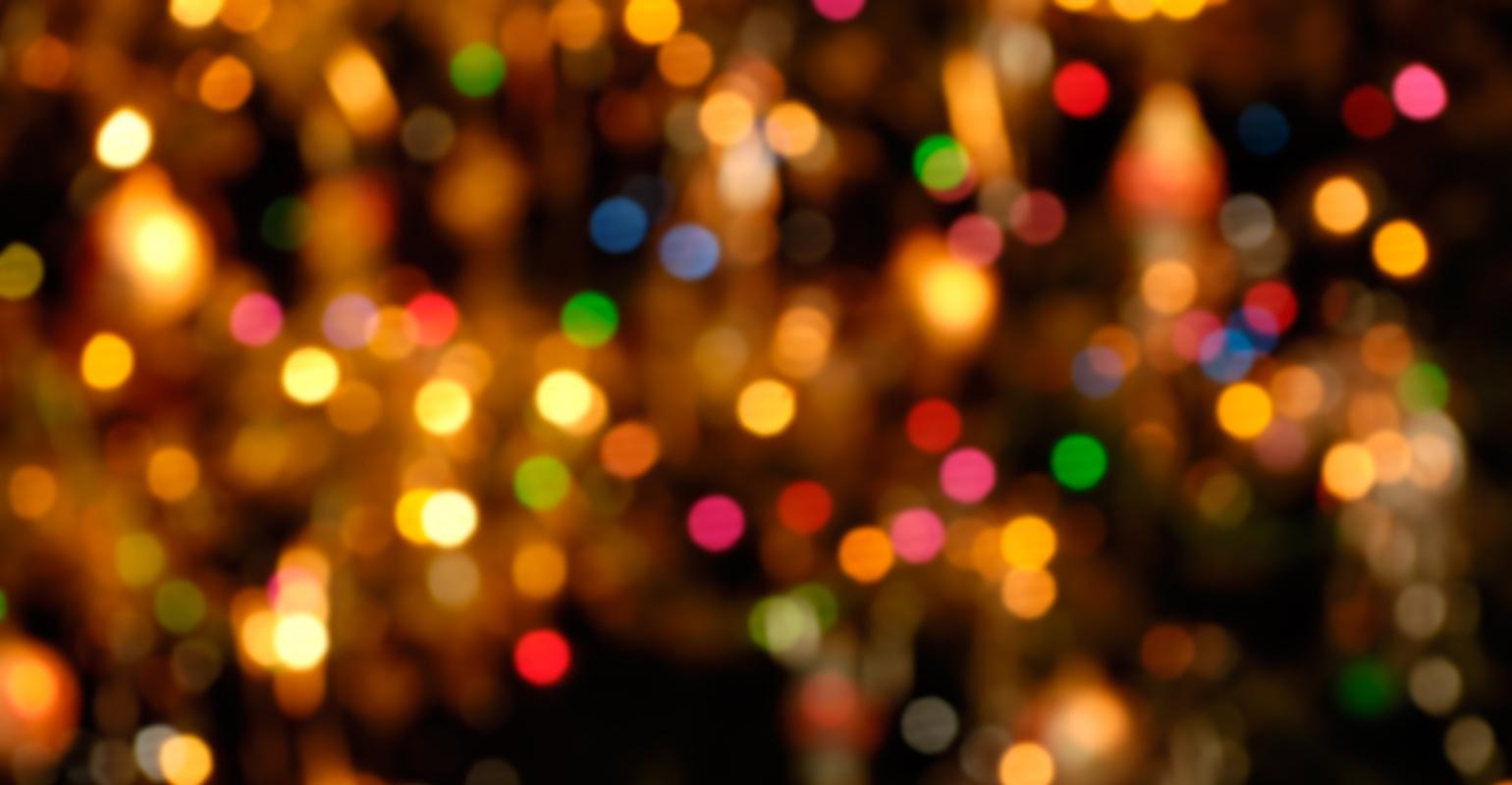 Extrusion and light are very much connected. There are three measurable optical properties — transmission, haze, and gloss — in addition to visible color and measurements outside the visible frequencies.

“Eppur si muove.” In 1633, Galileo mumbled those words — “Still, it does move”— after he publicly accepted the belief of the day that the Earth stands still while the sun moves around it. Under pressure from the authorities, Galileo took back his statement that the Earth moved around the sun, but this famous mumble showed he was just saying what he had to say to belong.

Most everyone by then knew the Earth was round but that didn’t stop the belief that the sun moved. Magellan’s ships proved the roundness more than 100 years before that — Magellan himself didn’t make it all the way — but everyone was not yet convinced. Some even now think the earth is flat. It goes to show that many people believe what they want to be true, even today. Maybe you already see the relation to plastics.

Around this time of year our northern half is pointed furthest away from the sun and our sunrise-to-sunset times are shortest and, therefore, we get the least light and solar energy. After the solstice — this year on Dec. 21 at 5:02 a.m. Eastern time — as we keep moving, our half gets more and more light each day. A miracle, said the early humans, but now we know why it happens. Many societies marked this miracle with a celebration that involves light, such as the star in the east that announced Christmas, and the Chanukah lights.

Seeing the light in extrusion

Extrusion and light are very much connected. There are three measurable optical properties — transmission, haze, and gloss — in addition to visible color and measurements outside the visible frequencies that relate to heat (infrared) and other forms of energy (ultraviolet).

Color-matching for critical applications may specify absorption over a spectrum of wavelengths, but there are still cost-sensitive uses where color doesn’t matter that much. Buyers compare to a sample and the sale depends on their eyes, the source of light for the comparison, and sometimes the price and delivery terms.

Sample preparation matters. Be careful with injection-molded samples used to represent the same material extruded. Gloss, especially, will vary as the molded sample will take some of its gloss from the mold surface. Extruded gloss depends on melt temperature as it leaves the die as well as the formulation; it also depends on the cooling system and line speed. Gloss can be improved by external heaters at the die exit, or a spray coating in the take off after the surface is already solid. For flat products, a glossy film can be laminated over the duller — and usually cheaper — underlayer, and for almost all products a different and glossier or duller material can be coextruded as the surface layer.

Grain is not the same as gloss, which we all used to know from polishing shoes: Certain leathers have a fine-grain pattern that is made glossier with polish, but doesn't disappear.

Gloss put on a sheet by cooling rolls is deceptive. Its application temperature is so low that it may reduce or disappear when the sheet is reheated for thermoforming.

Also, colorants or the material itself may begin to degrade (a chemical reaction, usually oxidation) during processing, which may have a yellowing effect on the product. With some colors or if black, it won’t matter, but for clears and especially transparent blues, it will. Remedies: A more heat-stable colorant; lower melt temperature or less time at a high melt temperature; or adding and well-mixing more thermal stabilizer (anti-oxidant) to the feed. Another remedy is including a purple dye to mask the yellow, common for PVC and SAN polymers years ago.

With colorants and any other ingredients added as concentrates, make sure you know what is in the concentrate other than the additive, and that it won’t cause trouble. Even if the polymer is OK, the viscosity may be a problem, as minor additives should flow more easily than primary resin to distribute them more uniformly in limited time.

Infrared radiation is invisible but useful to measure temperature — it is used widely today to spot people with fevers. Ultraviolet is also invisible, but more worrisome, as it can degrade — discolor or crack— almost any plastic left outdoors in the sun. Some acrylics and fluoroplastics can take sunlight directly, but most others can’t. White pigment helps, but black at 2.5% or more is best if you can use a black product — irrigation pipe, some mulch, cable jacketing, truckbed liners. For anything else, we need UV absorbers in the formulation — how much of what and how well they are mixed all matter.

Special effects: Glitter made from metallized extruded film has replaced the all-metal tinsel. The word tinsel comes from old French estincele (spark, sparkle). Tinsel was originally silver, but as it became more popular among the less noble, such as for tree decorations, that changed. Lead, which extrudes quite easily, was used until its toxicity became better known; then aluminum foil; and now a very, very thin layer of aluminum on a plastic film, best known for snack packaging. Yes, you can cut up your chip bags to decorate the tree, but wash them first lest you attract critters. Are they recyclable? I would think so, as the shiny layer is very thin and the probable plastics (PP and PET) will separate by flotation. But that shiny layer will bother the recyclers, so maybe it’s best for the environment to leave it on the tree. They will then end up in compost or landfill, where the plastic will be harmless.

If you got this far, I have a Christmas poem for you about Scrooge, the old miser made famous in Dickens’ Christmas Carol.

that's what they expect when you are the boss.

that's what they expect when you've cash in your purse.

But when do they think of what money can't buy?

When do they think that you really should cry,

That your caustic demeanor's a shell to protect

you from seeing your Loneliness, one great defect:

that you lack a good human, a person to share

your depressions, your joys — in a word, just to care?

Maybe then you'd be generous 'cause you'd receive

as much as you'd give, and that's fair, I believe,

"What's that? Give me time? Give me love? You are crazy!

People with minutes left over are lazy!"

No, Mr. Scrooge, that is humbug; you see

but you cannot believe 'cause you aren't yet free.

to survive? Or the opposite, lacking the powers

to earn more, they play, and their families and friends

are support (is that love?) toward practical ends.

But also the poor have their screams and their fights,

and the Great Middle Class have their need to work nights,

as they scramble and scratch at each other to prove

that they're better, Than what? They, too, need to love.

So what's the conclusion? It's better, I guess,

to be rich and unloved than be poor and oppressed,

or be stuck in the Middle where love is a service

and partnership's pressure, not peaceful but nervous.

But maybe for some these won't be all the choices,

and for these thoughtful people, their two unique voices

can sing in one harmony, love without fear,

live without strangling feelings, and hear

not the mind's own deception, but rather the call

to be free to give love, the best gift of all.

No live seminars planned in the near future, or maybe ever, as my virtual audiovisual seminar is even better than live, says Griff. No travel, no waiting for live dates, same PowerPoint slides but with my audio explanations and a written guide. Watch at your own pace; group attendance is offered for a single price, including the right to ask questions and get thorough answers by e-mail. Call 301/758-7788 or e-mail algriff@griffex.com for more info.