Extrusion basics: Some like it hot (and some don’t) 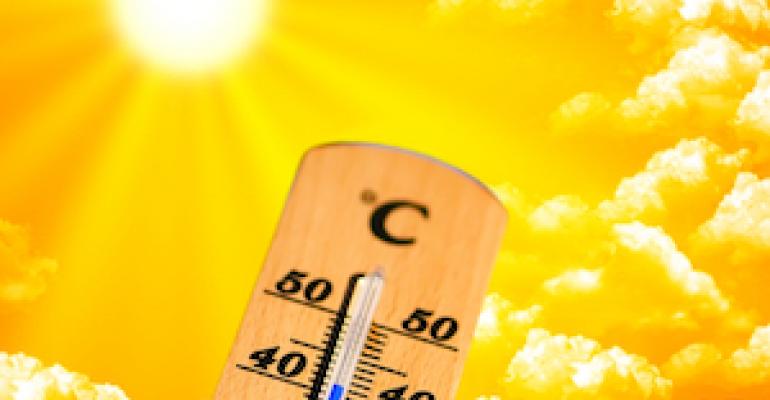 I’ve talked in past columns about the four evils of overheating: Polymer degradation, cooling problems, sizing problems and the effect on additives. Summertime seems like a good time to revisit and expand on this theme. 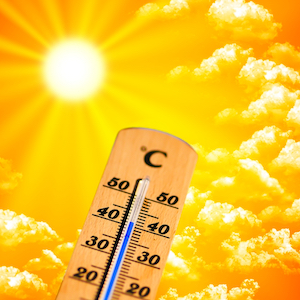 I’ve talked in past columns about measuring melt temperature and the four evils of overheating: Polymer degradation, cooling problems, sizing problems and the effect on additives. Summertime seems like a good time to revisit and expand on this theme.

Most of the energy needed to melt the plastic comes from the motor, but external heaters are also important for small machines, some twins, high-melting polymers and most extrusion coating. They are also necessary in all extruders for startup.

Many lines have water cooling in the takeoff, directly or through rolls, as well as on the barrel (including a separate circuit in the feed casting) and sometimes inside the screw. Make sure those circuits are running normally, that all controllers are working OK, and systems are kept clean and free of hard-water buildup, which may limit cooling capacity.

Don’t forget feed temperature, which can vary from night to day and from sun to shadow. If the feed stored outside is getting very hot during the day or cool at night, bring it inside if space permits to reduce these temperature swings. It may take several days for a very hot Gaylord to equalize inside, but it may be worth the trouble if it gains better thickness control. Varying feed temperature may result in more or less surging (changes in thickness at same position on product). Preheating may help, too, even if there is nothing to dry (the usual reason for preheating the feed).

Of course, if you run with a gear pump, you may say “we don’t care about feed temperature variation, we’ve got our pumps to keep us constant!” That is partially true, as the mass flow will be kept constant by the pump, eliminating effects of feed variation. But the pump won’t change melt temperatures much unless it is followed by a cooled static mixer, and differences in melt temperature may still affect product dimensions (such as thicker or thinner ends on sheet or film).

Does the weather ever get hot enough to degrade the polymer? No, but it can increase humidity and thus cause problems (including degradation) with certain polymers. Also, sunlight can degrade (weaken) the surface of almost all plastics left outside and unprotected by a UV stabilizer or at least 2% carbon black. And any thermoplastic product will be weaker (tensile strength) and softer/less rigid at higher temperatures, even if it isn’t degrading.

Hot weather also usually means less comfortable conditions near the extruder, which means less eyes-on supervision of the line. I was in a plant recently where the air around the extruder was 105° F; the workers didn’t have an air-conditioned office to escape to, but they did have huge fans, giving an advantage to those who sweat the most. Two numbers that are very useful to engineers but not too many others: 540 calories/gram of water (sweat) evaporated/boiled, and 80 calories to freeze a gram of water to ice.

How hot is your electrical cabinet? Thermocouples tell us temperatures of the zones on the barrel and die, as well as melt temperatures, but their accuracy depends on the other end of the thermocouple circuit as well as the one at the measuring point. Some cabinets have fans to avoid overheating from internal heat losses, and some are air conditioned. If the ends are in an uncontrolled cabinet, the values may be misleading.

For water-cooled products, warmer cooling water will reduce cooling rates, and may require running slower. Measure these temperatures in all weather, so you will know when they are too warm. Remember that cooling troughs can often be made more efficient by stripping invisible hot-water layers from the product surface with sponges, rubber or metal plates, or even old rags (hence the name “old-rag” technique).

So if the thermometer is way up there, drink more water, move slowly, work safely and keep your cool.

Allan Griff is a veteran extrusion engineer, starting out in tech service for a major resin supplier, and working on his own now for many years, as a consultant, expert witness in law cases, and especially as an educator via webinars and seminars, both public and in-house. He wrote the first practical extrusion book back in the 1960s as well as the  Plastics Extrusion Operating Manual, updated almost every year, and available in Spanish and French as well as English. Find out more on his website, www.griffex.com, or e-mail him at [email protected].

Talent Talk: How to Write a Job Description that Works
Nov 29, 2021