Fires Break Out at Two Poly America Facilities Within a Week 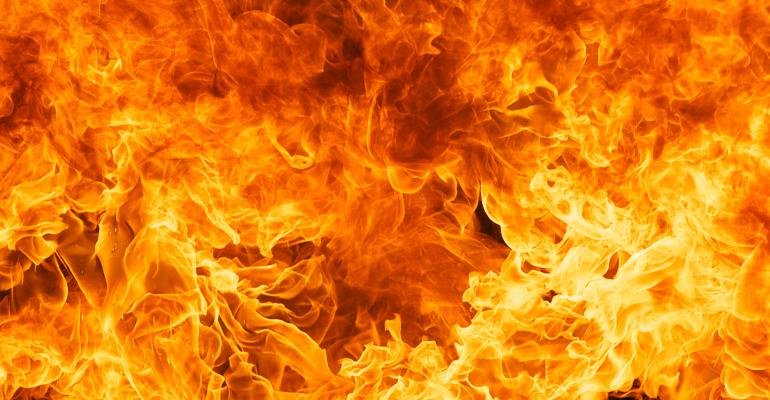 Special agents from the Bureau of Alcohol, Tobacco, Firearms, and Explosives have been sent to help with ongoing investigations at both facilities, as the cause of the fires has come under scrutiny.

Poly-America has suffered two fires within a week. On Aug. 19, a fire broke out at the company’s headquarters in Grand Prairie, TX, that was suspected to have been caused by a falling high-tension power line under which large rolls of plastic film were stored. The three-alarm fire started just after midnight and required foam to suppress the blaze, some of which was brought in from Dallas-Ft. Worth International Airport. A nearby railcar caught fire and exploded, according to local news reports.

On Aug. 25, a fire at Carolina Poly in Chester, SC, ignited among stacks of wooden pallets holding plastic materials in a scrapyard near multiple large storage areas. Bulldozers were brought in to create a fire break and prevent it from spreading to the manufacturing facility or nearby woods. Tractor trailers parked outside holding material also burned.

One report noted that special agents from the Bureau of Alcohol, Tobacco, Firearms, and Explosives have been sent to help with ongoing investigations at both facilities, as the cause of the fires has come under scrutiny.

Carolina Poly, a subsidiary of Poly-America, is located in a new 500,000-square-foot manufacturing facility that makes polyethylene film products including trash bags and construction films. Poly-America’s website claims that the company is the “world’s largest producer of construction film and most technologically advanced and largest recycler for integrated waste solutions and compounder of PE in the world.”