The Physics of Extrusion 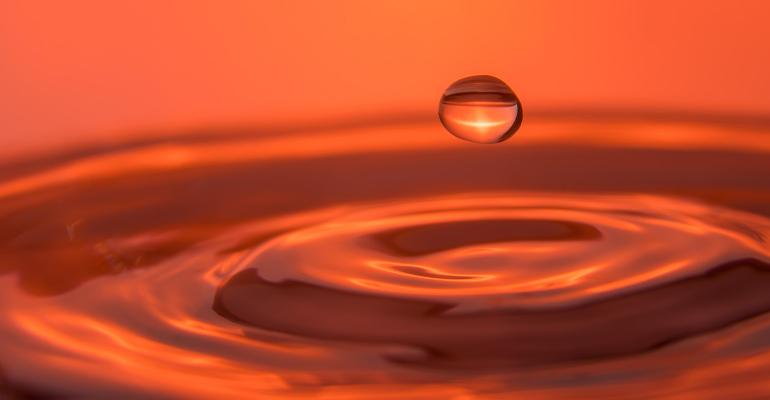 Gravity pulls down everything, including sheet and other extrudates that sag or go out-of-round as they exit the die. But you, master of the extrusion universe, have the tools to conquer gravity.

Last month's Simple Science covered heat, the physics division most important to extruders. It's the countable energy that softens the material and makes it extrudable. If you haven't read it, it's available here. The article will tell you that heat is one of many forms of energy and there is no such thing as cold. And for more Simple Science, I especially encourage you to read my first one in the series on chemistry and see what your plastics are made of and why people are so eager to be afraid of them.

This month: More physics that we use every day, such as gravity, which we experience as weight. Everything is attracted to everything else. I don't know why and most of us can live without knowing why, but we do know that the Earth pulls on everything. If you drop a ball, it will fall "down" — i.e., toward the center of the Earth. An airplane wing flies because when moving forward its upper surface is curved to make the air move faster — lower pressure (changed energy form) than the air under the wing. If the push up from below is more than the pressure on top, it can overcome its gravity and not fall down. Gravity is everywhere but proportional to mass, so on our (smaller) moon the pull is less and things weigh less.

This pull down is why sheet and other extrudates sag or go out-of-round as they exit the die. This is resolved by controlling cooling and lip-to-coolant time/distance, and sometimes through the die design itself. Melt temperature matters, as hotter is less viscous, thus creating more sag.   Wave motion is energy traveling in repeated spurts, rather than in a continuous manner, and depends on what generates it and what it is traveling through — air, water, or metal.

Sound that humans hear include low frequencies = spurts per second = hertz, the proper unit. Middle C on a keyboard is 256 hertz. We can hear up to 15,000. Dogs can hear higher, cats (and mice) even higher, and bats and sea mammals highest of all. Sound is seldom a single tone, but is very complex with varying loudness and overtones, which is how we distinguish individual voices and instruments. No magic, just waves.

Direct applications of sound in extrusion are few, such as alarms, but the ability of people to talk to each other (language) is basic to the development of civilization.   Faster waves = more per second = mean shorter wavelengths. This gets especially important with light, which travels at known speeds and, like sound, is very complex. Color is important in much extrusion. Humans can see light and color only in a narrow range of frequencies and wavelengths, which are related to each other because the speed of light is constant. We can measure, compare (with a similar light source), and change by controlling additives and thermal stability, which opposes discoloration from heat energy.

The invisible energy that can break down plastic molecules

The ultraviolet portion of sunlight is a form of invisible energy that may discolor and break down plastic molecules, which vary widely in sunlight resistance. Some, but not all, acrylics are OK for use outdoors, but the most common protector is carbon black (wire and cable insulation, irrigation pipe, mulch film). There are non-black additives that may protect, too, but know how much and how mixed, not just if there is any "in it," an all-too-common term that denies the importance of "how much."

Hardness and stiffness (rigidity, modulus) are physical properties that affect performance, usually derived from resin choice and additives more than extrusion conditions. Cross-linking is an exception. Know desired values and expected ranges, test often, and make sure material suppliers know what you expect.

Electricity is so important that I can’t cover it simply. It drives most extruders and their take offs. Learn Ohm’s Law — volts x amps = watts or volts = current x resistance. Know how AC motors differ from DC. Make a directory of every motor — type, maker, serial/model numbers, available power, safety limits, and alarms. Photograph nameplates and store them in computers and clouds. Know whom to call if there is a problem. Calculate energy used and its costs, based on your local power costs. Include heaters and dryers but keep them separate. Energy to bring plastic from room to extrusion temperature is known, varies with the plastic, and is probably less than you think. And have people in your entourage that are familiar with electronics, as these may be used in data sensing, display, recording, and access.