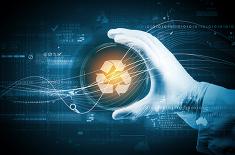 On Extrusion, Recycling, and the Purity Test
Mar 13, 2020
A high potential for contamination in the recyclate makes melt screening, or filtration, critical. Fortunately, there are a lot of options.

Santa Fe Machine Sources Bimetallic Barrels in Taiwan in Wake of Wexco Closure
Mar 04, 2020
The casting process of the bimetallic inlay is superior to what was done by Wexco, according to Santa Fe Machine, and Tan Star’s raw materials are imported exclusively from Germany and Japan.

Eastman Sets Sights on Eyewear Industry with Fully Sustainable Acetate Flake
Feb 25, 2020
Italian company Mazzucchelli 1849, the world leader in the manufacturing and distribution of acetate sheet for premium eyewear, will produce and sell acetate sheet made from Eastman Acetate Renew, a cellulose diacetate composed of 60% biobased and...
Load More