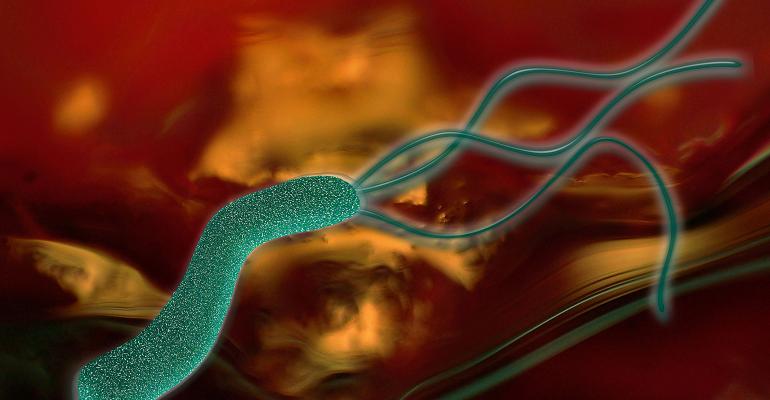 Don’t know much biology? No worries. In the second installment in his “follow-the-science” series, extrusion guru Allan Griff explores the realm of living organisms in simple terms and uncovers a connection with the popular perception of plastics.

This is my second column on a "follow-the-science" theme. Last month, I wrote about chemistry, the foundation of science. This time the focus is on biology. In both instances, the topics are presented in a way that should be understandable by intelligent nonscientists. The intent is to discourage people from throwing up their hands and saying, "Oh, I don't understand that stuff anyway," leaving them free to believe what makes them feel good.

As I said last month, many people are afraid of the logic of science. You can’t make deals with an atom, and there are no miracles. Numbers and probability matter, even if the popular images are not always in accord.

Biology is a little less related to extrusion than chemistry, but it’s still critical to understanding life, and it does have plastics connections.

Biology is about living things, from viruses to whales. It includes animals — things that move, but don’t make their own food — and plants — things that don’t move and mostly make their own food. It also includes fungi — mold, yeast, and mushrooms. Since these things are alive, they need to be born, reproduce, and die. No magic is involved. This is science, where the impossible is impossible and probability matters, whether we like it or not. A note to the creationists among you: Read on, as even if you believe a different origin, it will still be useful for you to know what others are thinking and how it all works out.

I’ll start with the little stuff: Bacteria are single-celled organisms. We used to consider them plants, as they don’t move, but the scientific classification system has gotten more complicated in recent years. It’s still useful to think of them as tiny plants that can be carried in the air, in water, or on your hands. Most of them are harmless, and a few do us some good, like many that live in our own bodies. They are also involved in digestion in cows and rabbits; interesting, but too complex for here.

Bacteria measure around 1 micron, no single number suffices. One micron is about 0.00004 inch — one-hundredth the thickness of a sheet of 20-lb printer paper. Most bacteria are too small to see with our eyes, but we can see them in a microscope, and they may form visible colonies. They have specific scientific names, like staphylococcus aureus (plague six in Exodus) and lactobacillus acidophilus (makes yogurt). Yeasts and molds are a little larger: Saccharomyces cerevisiae makes beer by fermenting cooked sprouted barley. These and most other living things have double names, usually based on Latin and Greek, languages traditionally used in science so people from different countries can understand each other. A coccus is round, and a bacillus is rod-shaped. If they get into us where they don’t belong, that is an infection.

Some bacteria are harmful to humans, some are not. Some can live in air, and some can’t. The most infamous of these, clostridium botulinum, grows only without oxygen (like in a sealed can that isn’t heated hot and long enough to kill them). It produces a toxic compound that helps eliminate wrinkles (Botox), and if not destroyed by heating to 212°F or more, it can cause fatal poisoning (botulism). Important: Boiling water at 212° deactivates the toxin (time matters; if in doubt, cook it longer), but you need 250° or more (x time) to kill the bacteria, hence pressure cookers and the canning process (heat sterilization), invented in the early 1800s in France and England. (The first can opener was invented in the United States in 1860.)

Bacteria is a plural, singular is bacterium. They, like other living things, are made up of millions of atoms, especially compounds of carbon, nitrogen, oxygen, and hydrogen, the building-blocks of organic chemistry. See my March article on simple chemistry in PlasticsToday for more on this. Atoms, and even the complex molecules they can form, are much smaller than living things and shouldn’t be confused with them.

Viruses are even smaller

Not only are viruses smaller than bacteria, they are different, as they need a living host to survive. Scientists and linguists still debate whether we can call them “alive.” The COVID pandemic raised understanding of viruses for many, but spawned misunderstandings, too. This is not suddenly new science. The pioneers of vaccination, Pasteur (rabies and others) and Jenner (smallpox), understood what these viruses did and figured out a way to avoid it, but didn’t know what we know today. By the way, Pasteur (1822-1895) started as a chemist, not a medical doctor, which makes us chemists of today proud. His name is forever linked to the destruction of harmful microbes in milk, although he first proposed it to stop fermentation in wine. It does both.

Not all the living world is so tiny

We have a world of plants, which are born (seeds), grow, and die in a year (annual flowers), or live for millennia (the California bristlecones and sequoias). Annuals, including many edibles, can grow in the warmer half of the year in temperate climates but can’t take freezing because water expands when frozen (ice floats) and the expansion breaks cell walls and kills the plant. Some plants can resist such damage and withstand light freezes; some, like most trees, can stay alive in very cold weather.

Plants need nutrients to grow, plus energy, as the bonds between the atoms of plant matter are tighter than those in the carbon dioxide and water needed to make them. This means that the new atom-to-atom bonds store more energy than was stored in the bonds of the ingredients. The sun is the source of this energy. Mass and energy are conserved; nothing appears or disappears.

The facilitator for most plants is chlorophyll, the green stuff in leaves that catalyzes the sun-powered reactions. Chlorophyll is really a family of complex compounds with a magnesium atom at the center, similar to hemoglobin in our blood that has a central iron atom. One common chlorophyll molecule has 55 carbon atoms, 72 hydrogens, five oxygens, four nitrogens, and the magnesium! Note that there is no chlorine in chlorophyll! Both words come from the Greek word for the color green. There is chlorine in PVC, but as reacted chloride, like common salt is sodium chloride, and very different from reactive (green) chlorine gas. PVC people should understand this difference even though chlorophobes may not.

Animals move. These include insects and the spider family, worms, reptiles, mollusks (clams) and fish, crustaceans (shrimp, crabs), amphibians (frogs), birds and mammals of all sizes. Birds and mammals are warm-blooded: An internal “thermostat” warms up or cools down the body to hold a near-constant temperature. What we wear, be it fur, feathers, or clothing, and whether we’re in the sun or shade or water, all matter. How much matters (HMM), too, as we can have fingers and toes colder than the normal body temperature, but not too cold, as blood won’t flow as well (higher viscosity). We would slow down and stop well above freezing, if we didn’t have the fur or feathers or clothing as insulation. On the warm side, if we have a fever, the thermostat is allowing higher body temperature to oppose reproduction of the disease-causing “germs.”

As we animals can move, we have to find our own food needed to breathe and think and walk and hold. We can’t make food in place as the plants do. Much of our energy needs are connected with finding food and, for humans in the last 10,000 years or so, growing it. We breathe air to get oxygen to react with the food and give us energy (oxygen is 21% of all air) but we still have to eat and digest the food before it can be oxidized into energy in the muscles. The concepts of leisure and pleasure are human — debatable, I know — but whatever their origin, they require energy, too.

Biology of food and drink is important and is reserved for next month. Keywords are balance, quantity (HMM), and non-nutritional reasons we eat or avoid something.

What does this have to do with plastics?

Plastic molecules are so small and close together that even the smallest bacteria and viruses can’t penetrate a sealed container unless there is a leak or they got in through the opening. There is no spontaneous generation of germs or anything else. (Pasteur had quite a problem around 1860 with doubters of his now-accepted theories, which led to vaccines for chicken cholera and anthrax as well as rabies.)

Plastics are not alive, even the ones marketed as “bioplastics.” They don’t move nor need food. There are many different plastics. Most are chemically unreactive (a plus) and used inside as well as outside our bodies (joint replacements, sutures, some stents). If eaten, some may break down chemically but are not plastics any more and cannot enter the blood as “microplastic particles.” Although transfer of anything into blood is theoretically possible, theory isn’t enough to support the belief that fish eat plastic microfibers and we eat fish and get “harmful” amounts of these fibers in our blood and muscles. This scares people already afraid of science, especially if they have heard about asbestos fibers — airborne, mineral, carcinogenic. Yes, COVID viruses are airborne, too, but are alive and can reproduce. The fish theorists don’t tell us how many plastic microfibers get into the blood, how they can get there, nor how they can harm us. HMM. Also, capillaries are tiny, just a little bigger than bacteria; if microplastics were in the blood, they couldn’t circulate but would clog the capillaries and we could not stay alive. People will believe what they want to be true.

I hope these few words are a digestible introduction to practical biology, a very important subject. To explore further, you can contact me (see below) if it’s about plastics. If not, you may be better off Googling and reading the work of appropriate and impartial experts.