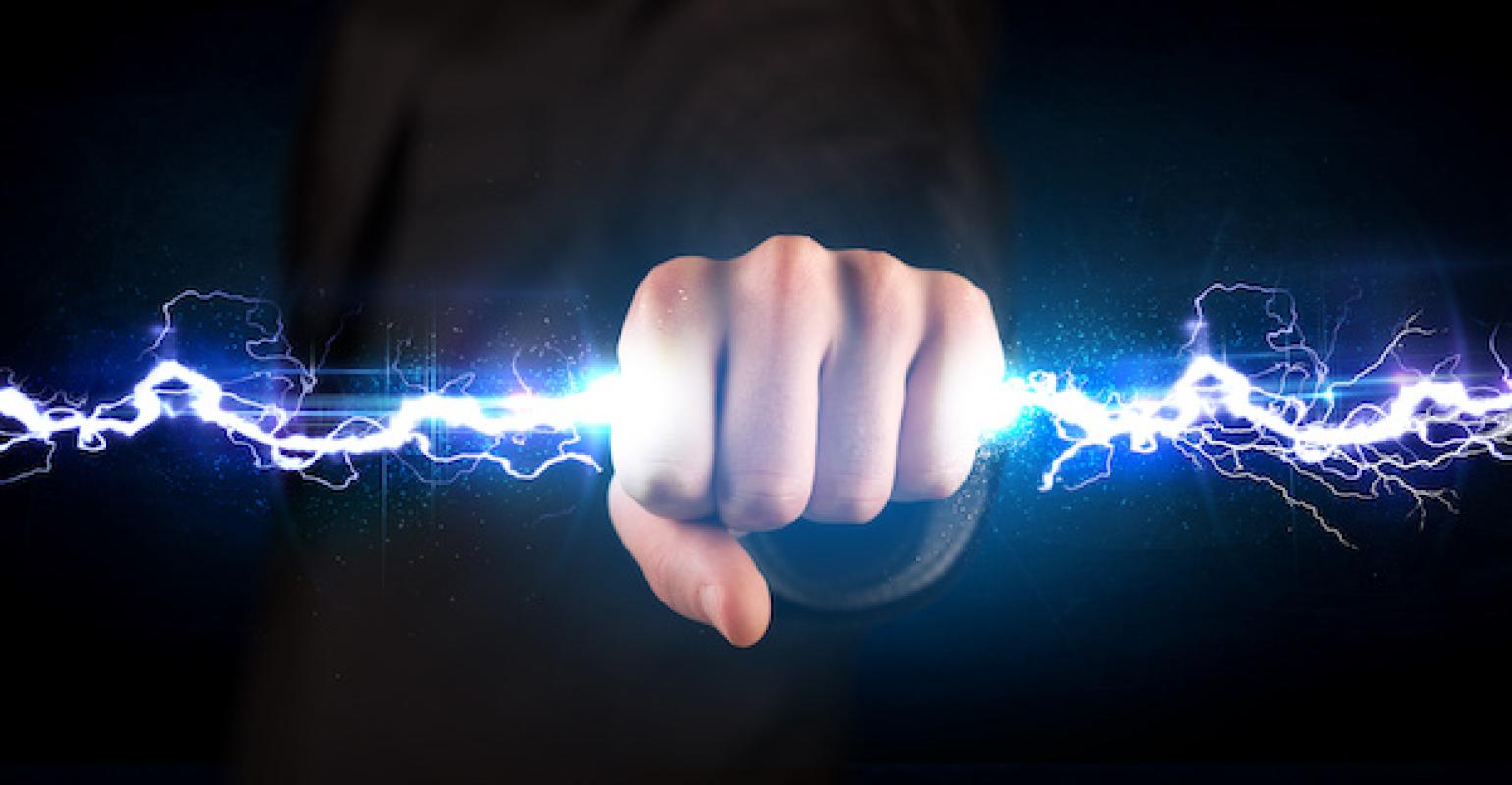 Extruder motors come in several types. Get up to speed with tips from extrusion guru Allan Griff.

The turn of the 18th and 19th centuries was a remarkable time in the history of science as well as politics. First the U.S., then the French revolution, then Napoleon. Elements were being discovered, as people began to see them as unchangeable and unique substances. Last month, I wrote about André-Marie Ampère, who discovered and named fluorine as well as the principle of electromagnetism. This month I’ll profile another electric hero, Count Alessandro Giuseppe Antonio Anastasio Volta, inventor of the electric battery and discoverer of methane, whose name is immortalized as the unit of electrical difference, the volt.

Imagine a lot of electrons at one end of a conductive wire and none at the other end, and a door between them to stop the flow. The voltage is the difference from one side of the door (switch) to the other, which, when opened, controls the flow. High voltage doesn’t always mean high power, nor does it mean high energy consumed. Nothing is consumed until the door is opened, and then the energy needed to push the electrons depends on the resistance of the wire or other substance between the ends. (Don’t ask me what an electron is. I know what they do, but not what they are. Particle physics is the closest thing to magic I let myself deal with.)

Volta was born in 1745 in Como, a town in the very north of Italy, worth a visit if only for its beautiful location. His family was nobility on both sides. He stayed in northern Italy for most of his life, as a professor and inventor. His invention of the battery proved that chemical reaction could produce electricity, debunking others who thought it could only come from nature. His discovery of methane followed the work of Ben Franklin, who experimented with electricity himself.

Extruder motors come in several types. Know what you’ve got—it should be on the motor nameplate somewhere; if it isn’t clear, call the motor maker, if possible. The first basic division is AC vs. DC. Years ago, most extruder motors were DC (direct current, where all electrons are running through the wires in the same direction). Devices (rectifiers) were needed to get DC from the city power supply, which was already mostly AC (alternating current—electrons run first one way, then the other, changing at 50 to 60 times per second).

DC motors have the reputation of being old and needing more maintenance, and they need “brushes” (pieces of graphite carbon) to transmit current (electrons) between a stationary wire and a moving shaft. The brushes wear out and make graphite dust that must be removed. There are also openings where plant dust can get in. Fans and air filters help, but make sure they are connected to blow plant air through the filter before it passes over the motor, and not vice versa.

DC motors make it easy to calculate actual power consumed. The screw rpm indicator is also a voltmeter—screw speed is controlled by changing the voltage. Top speed uses all the volts; if it is half speed, that is half the volts. For example, if the top speed is 120 rpm and maximum voltage is 500, then if screw speed is 60 rpm, voltage across the motor is 250. The rest is Ohm’s law: Power in watts equals volts times amps, which you get from the ammeter. For kW, divide by 1,000; for HP multiply the kW by 1.34.

Some motors have field-weakening, which means you can run the screw faster than the nominal top speed by weakening the electric field, but you get no more power. Therefore, if you are not using all the power at top speed, you can run it faster and let the horses out of the stable.

Most extruder motors today are AC. Like the DCs, they still can overheat if amps get too high, and may have air cooling. Power calculation is a little more complicated because of power factors, but your maintenance people or friendly electrical engineering student should be able to figure it out. You don’t need to know instant power consumption, but it’s a good thing to check from time to time, and it is useful to show that drive energy is not a major economic issue.

A common way of changing screw speed on an AC motor is by changing frequency, but there are others, too. Most, but not all, are connected to the extruder with speed-reducing gears; know the reduction ratio and max-min rpm, and also how much of the power is available at what screw speeds.

My environmental experience of the week: Dealing with the belief that PE microbeads in the ocean get into the fish we eat and somehow this is bad for us at a public-health-significant level. I’ll listen to anyone’s story with respect, as I can’t know everything, but I have trouble seeing how inert, insoluble and nontoxic polyethylene can be digested by fish and get into their muscle tissue (which we eat), then get digested by us rather than excreted, and then do us substantive and explainable harm.

I can see why the general public is afraid of plastics—I’ve written about it in this column often enough. What I don’t see is why our industry hasn’t looked for the reasons for our bad public image, and loudly and responsibly worked to remove the “monkey” of danger from the backs of our materials in the minds of our co-humans. Instead, we talk about the vague concept of sustainability and buy into the sanctity of plants and degradability (more carbon dioxide, less recycling).

Instead, eat more fish. They give off CO2 when they breathe, as do insects and all animals from squirrels to whales, and all the dropped leaves and decaying vegetation in the world. The seas are indeed rising, but I see plastics as more help than hindrance in helping fight this problem. I don’t care what or who caused it; I care about what can be done to make a difference.

To return to Volta one more time, the methane he discovered is indeed given off by cows (from both ends) as a byproduct of their conversion of grass to protein and fat (and milk). The same goes for sheep, and also all the deer in the world (including reindeer). Hear that, Santa?

And to all my readers, may you have a season of joy and a year of understanding, and may the harmony of common sense and hard work bring you the pride of producing the food, shelter, health and diversions that we need.