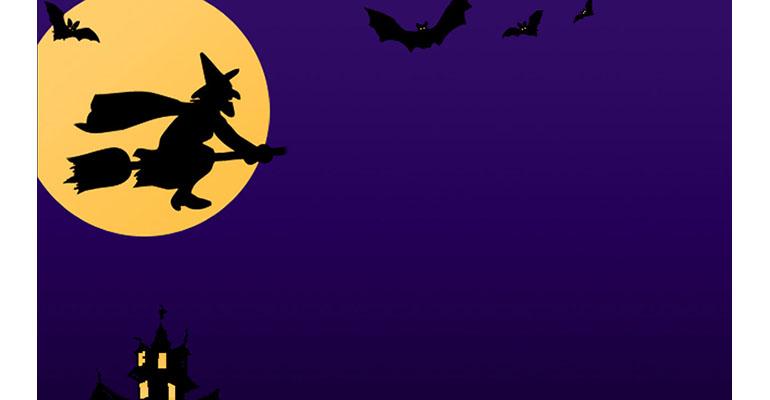 Allan Griff reprises the “10 (11) Key Principles” of extrusion as a pre-Hallowe’en treat.

Hallowe’en is still two weeks away, yet the stores are full of pumpkins, real and plastic, and other orange-and-blacks (Princeton colors). Here’s our chance to deal with death and still have fun. Or so it seems. I spent one Hallowe’en evening in a cemetery with dozens of serious spirit-seekers who were not there to have fun, and I’ll never forget it.

Connection to extrusion? In the illustration, plastic bristles on the broom and plastic tube for the broomstick. Also, plenty of orange color concentrate for the plastic pumpkins, which don’t spoil nor attract critters, and may be extrusion blown. And if you light up anything, there’s plastic insulation on the wires.

Deeper connection: People believe what they want to be true, and although this may help us deal with death, it also supports the common but erroneous belief in plastics’ toxicity.

Just as the real world must follow the imperfect but undeniable natural laws of chemistry and biology, extrusion has its own laws. Here is my “rulebook,” the "10 (11) Key Principles," adapted from my Extrusion Operating Manual, and presented at Informa Markets' Virtual Engineering Days last July.

Comments and questions, please write algriff@griffex.com. For Hallowe’en, if you’re an opera fan, listen/see the end of Mozart’s Don Giovanni, which has a ghost singing in a cemetery. And for All Saints Day, November 1, see my column on the "Patron Saints of Extrusion."

No live seminars planned in the near future, or maybe ever, as his virtual audiovisual seminar is even better than live, says Griff. No travel, no waiting for live dates, same PowerPoint slides but with audio explanations and a written guide. Watch at your own pace; group attendance is offered for a single price, including the right to ask questions and get thorough answers by e-mail. Call 301/758-7788 or e-mail algriff@griffex.com for more info.