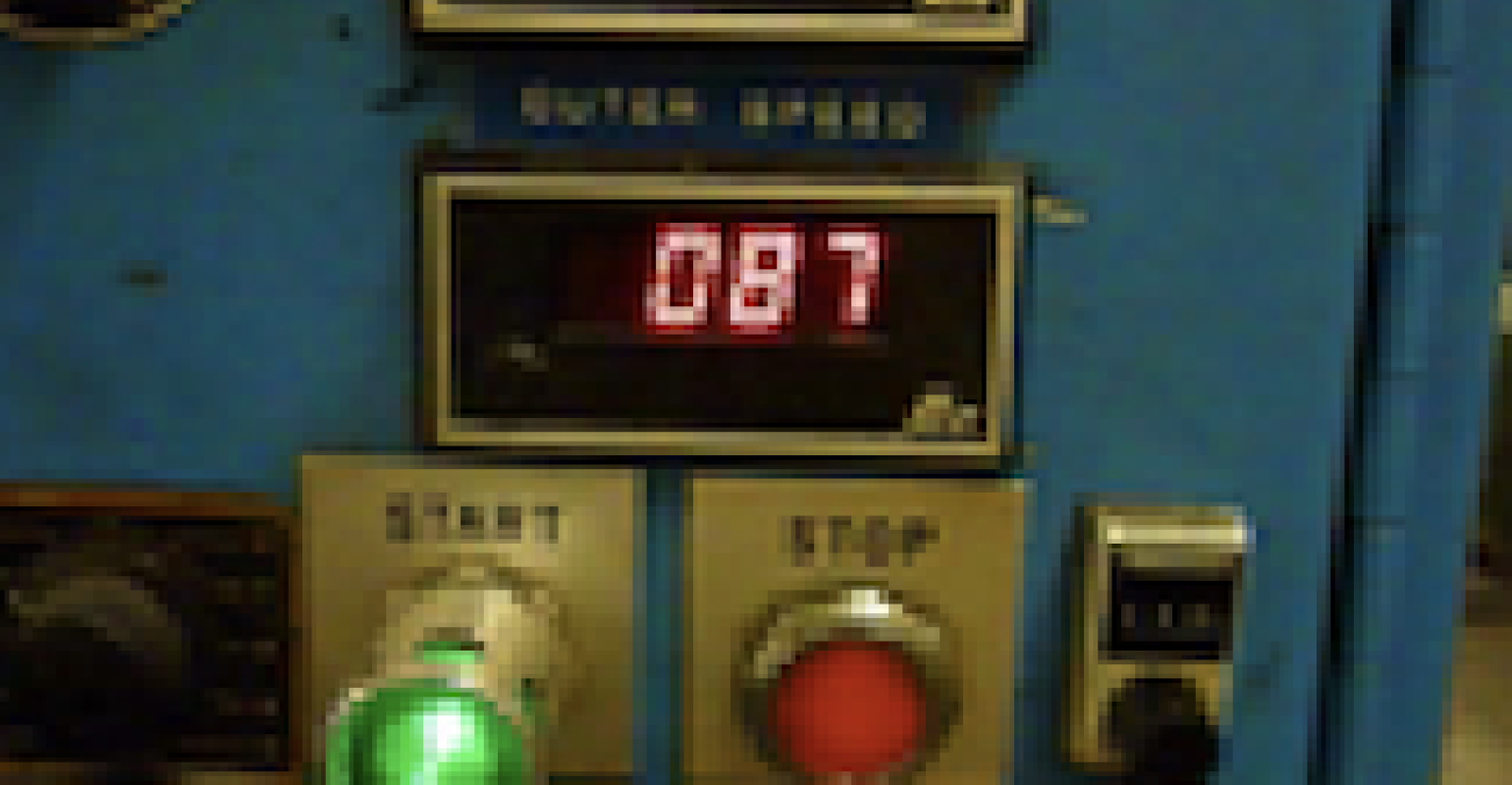 Extrusion basics: Why we measure amps

We measure amps of the extruder drive for several reasons: To determine process stability, protect the motor and compare materials via viscosity.

In 1775, André-Marie Ampère was born in central France, around the start of the American Revolution—Washington named commander, Franklin starts the Post Office and Montgomery occupies Montreal but is defeated at Quebec. Interesting and important story. Ampère’s bio is interesting, too—wealthy parents, self-educated, lived through the French Revolution but lost his father to its politics. Ampère discovered electromagnetism, conceived the electron, discovered and named the element fluorine and more. The international unit of electric current, the ampere, usually abbreviated to amp, is named for him.

We measure amps of the extruder drive for several reasons.

It is an indication of process stability, which may also mean thickness variability, which means money. Anything over the desired thickness is wasted resin, and anything thinner may risk product failure. The amp variation is often wider than the effect on thickness, so that it is easy to see a problem, in contrast to pressure variation, where little changes may mean bigger thickness variation.

This is the basis for my 2-5-10 rule, dating back to the days when we read amps on an analog (needle) display, rather than on digital devices. Watch the wiggle. If the wiggle (total variation) is 2%—99 to 101 amps, for example—that’s good enough for most products. If it’s 5%—98 to 103 amps—it’s a signal to maybe do better? And if it’s 10%—95 to 105 amps—you’ve got a problem. You have less of a problem if you sell your product by weight, rather than by dimensions (length or area).

How long do you watch the wiggle? That depends on how well you know your ammeter. If it’s new to me, I stare at it for up to two minutes, noting the min and max. Of course, many systems now have viewable graphs of amps over time, so you can just look at this to see the wiggle.

It protects the motor, which has a limit beyond which the motor will overheat and may be damaged. That limit should be on the motor nameplate, which may not be easily seen, so the load gauge sees it for you: 100% is the limit. If you are under but pushing 100, it’s a warning to do something: Run hotter, run a less viscous compound or use coarser screens, even add a set of pulleys to reduce top speed (think downshifting when driving up a hill).

It is a dynamic viscometer, useful for comparing materials. The compound with higher viscosity will draw more amps, all else being equal—screw speed, material and machine temps, same screws and die. It is also more realistic than melt index, which is run much slower and not always at the standardized ASTM melt temperature. We still buy on melt index, but we should realize these differences.

Be sure to know your units. Some gauges measure amps directly, but some show percent load, maybe marked only "load," with a scale from 0 to 100. These are easy, as anyone can understand “keep it below 100.” It makes sense to alarm the system to flash a yellow light or turn on a loud buzzer if amps reach 80% or 85% and a red flasher above 95%, but this is rarely done. Other systems show amps directly, so you have to know your limits, marked perhaps as yellow and red lines on the wiggle gauge, or just indelibly printed on a small plaque mounted over the display.

With extruders around 90 mm/3.5-in. diameter, be especially careful with units, as your 100% load may be close to 100 amp, and the danger level must be properly understood.

If there is a gear pump, there is a second motor, and its precision may control thickness uniformity. However, if it is worn or otherwise pumping much less than its displacement, the variation in the primary extruder may be passed through the pump, negating the reason for using the pump at all.

With DC motors, amps can be used directly to calculate power consumed using Ohm’s law (rpm is proportional to voltage). With AC, it is more complicated but worth doing. It yields real numbers, useful to evaluate energy-saving claims for rebuilding/replacing a screw or using another material.

Plastics are not toxic. I didn’t forget my usual sermon, but had the confidence that you would read this article to the end. The lesson is still the same: People are afraid of plastics because they are synthetic/unnatural and based on science, which must deny the belief in the impossible that we all need to some degree. I don’t expect to turn the tide that drives “green” plastics, as it follows the popular images that there is plastic pollution, plant sources are better than oil/gas, energy costs are not controlling, and degradable is somehow safer than inert.