Meet the Patron Saints of Extrusion 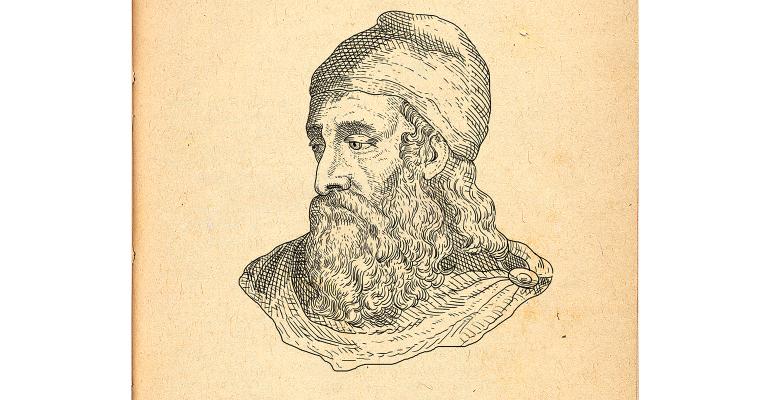 St. Patrick gets a big shoutout every March, which gave us the idea of honoring some folks who we are calling the patron saints of extrusion. We begin with Archimedes, who is credited with making the first screw pump.

Spring is here — more so in some places than others — but as sure as the earth moves around the sun, it’s coming. And if you still believe the earth stands still, you are in good company. About 500 years ago, almost everyone believed that, and all of us today still hold on to the possibility of miracles, but not in a factory. The factory is a team of realists, and we need to know how to work together to make products.

The patron saints of extrusion are Saint Archimedes, Saint Isaac, Saint Paracelsus, Saint James, and Saint Gabriel. There are many worthy unknowns, too, such as the people of ancient Rome who figured out how to make lead pipe, and the first people who squeezed water/flour mixtures through holes or slots to make pasta and noodles. China taught the Italians (Marco Polo)? Italians taught the Chinese? Believe what you want to be true.

Archimedes (pictured above) is credited with making the first screw pump, possibly a thin, straight tree trunk with leather flights turning in a hollow larger tree trunk. Archie was Greek, born around 267 BC in the Greek colony of Syracuse in Sicily, 467 miles from Athens by air or bird, and around 840 miles today by roads and bridges. There’s also a ferry now. Archimedes is most famous for discovering the laws of buoyancy by dipping an alleged gold crown into his bathwater, but that’s another story. He invented the screw pump to draw out water from the bilges of Greek shiplets (little ships).

Saint Isaac is Isaac Newton (1643-1727), one of the most important scientists in history, who said that if a thing doesn’t move, forces are balanced, as in an extruder screw. Wait a minute, the screw moves, doesn’t it? No, not in the axial direction, and motion has direction (Newton taught us that, too). The flights push the melt against a resistance (screens and die), and the greater the resistance, the more forward force is needed, which means more backward force into the thrust bearing: Force = pressure at screw tip x barrel area (π R²).

Paracelsus (Philippus Aureolus Theophrastus Bombastus von Hohenheim) was a Swiss physician who lived from 1493 to 1541 AD, known for saying that the dose of medicine (how much) matters. Sounds like common sense, but we often forget it with food and any time we think “the more, the better.” It’s why optimum is one of my favorite words. I use Paracelsus to encourage reliable measurement of extrusion variables and product properties. Numbers matter. Time matters, too, especially how long a melt stays hot enough to degrade. With properties, it’s easy to use averages but they may not represent a widely varying property.

Saint James is the Scotsman, Hamish/Seumas/James Watt (1736-1819). He didn’t invent the steam engine, but helped make it practical and he also made and sold them along with his partner Matthew Boulton. He used and defined the term horsepower to quantify the power of his engines, so it’s appropriate that his name became the standard unit of power — the ability to do work. To convert horsepower to kilowatts or vice versa, 1 HP = 746 watts, so a convenient ratio is 3 kW = 4 HP. Remember that not all motor power is available at all screw speeds — that depends on the type of motor and reduction ratio as well as the motor capacity.

San Gabriel refers to Gabriel Daniel Fahrenheit (1686-1736), an East German from Danzig (now Gdansk in Poland) who invented the thermometer in Amsterdam, first using alcohol but soon changing to the far-denser mercury. (There’s a mushroom connection, but not the magic ones.) There is uncertainty about his scales, including the belief that he used 0 to 100 to represent the coldest and hottest air temperature where he lived. Maybe he set 100 at body temperature; no one knows for sure. A generation later, the Swede Johannes Celsius knew what real cold was, and set the 0 to 100 Celsius scale that we know today, based on the freezing and boiling points of water (at sea level).

By the way, most of these saints have representation here in California where I Iive. San Felipe — Paracelsus = Philippus = Felipe — is in the mountains northeast of San Diego. A more famous one is in Baja California, Mexico. There is a Saint Isaac in Eastern Orthodoxy but not in California. James in Spanish is Diego, as in San Diego.

San Gabriel is one of the original California missions, the name of the mountains north of Los Angeles, and a small city (pop. 40,000) in LA county.

No Saint Archimedes, but we do have a city named after what he said when he understood buoyancy: Eureka (I found it!).

And lest you forget — I won’t — there are no toxic plastics. This is no earth-and-sun debate — science knows what is and isn’t, but people are still afraid. Try to tell others and you’ll see the power of popular imagery. I can easily disprove the belief in toxicity because fish eat plastic and we eat the fish, but it won’t matter. The hardest part is to see why people need to believe the impossible. Any further comments on this or my writings above, please write or call.