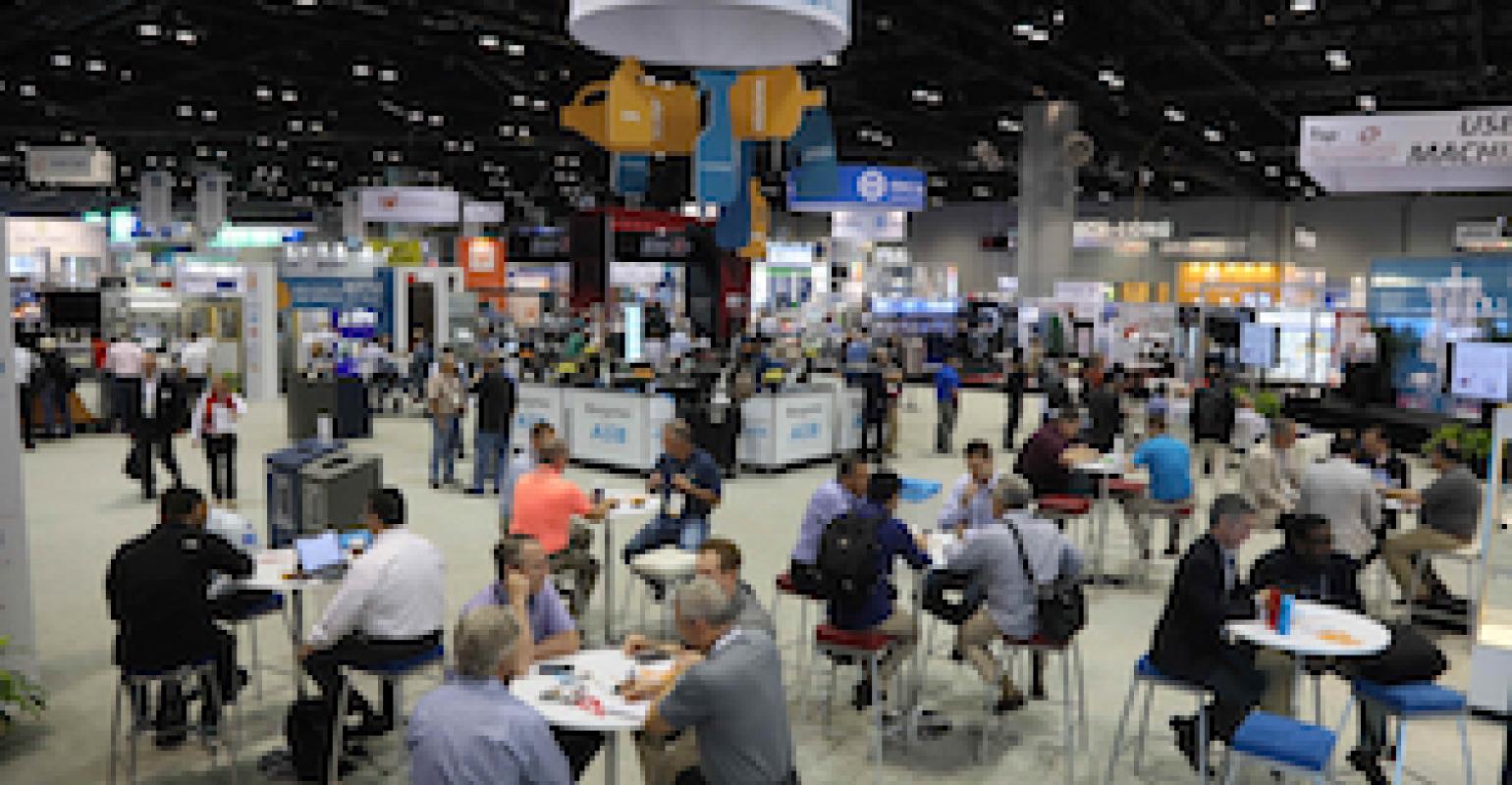 The show was too big to cover—"seeing it all” is as impossible as conversing with those talking mice that run rampant just a few miles from the convention center—but the event is unrivaled for meeting people and connecting with companies that make what we want to buy, or buy what we make.

The big NPE show in Orlando is over, and it’s not coming back for another three years. That’s a long time. Extrusion will be around in 2021, as important as ever, because the products are so important: Pipe for irrigation and construction; medical tubing; film for mulch and oriented tapes and, yes, bags; sheet for formed packaging and car parts; coated paper for people who think it’s not “plastic"; wire insulation and cable jacketing; textile fibers and window profiles; extrusion-blowmolded bottles; and the pelletizing and compounding lines that make the materials for other processes. Apologies if I left anyone out. Plenty to be proud of.

Did I see anything new in Orlando? People. It was a place to meet people and connect with companies making what we have bought or may buy: Resins, compounds, additives, primary machinery (extruders) and a big representation of auxiliary machinery—material handling, drying, screening, downstream. The “news” included the return of Shell as a resin supplier, the expected strong Asian presence (visitors as well as exhibitors) and the fashionable use of environment-linked words like plant-based, sustainable and bio-everything. My regular readers will recognize my usual suspicion of such images, useful to help us feel better about materials that the outside world thinks are evil.

There were a few new extrusion developments, especially relating to measurement and automatic warning of problems, but no “game changers.” Our industry was well-represented, and almost everyone I could think of (and some I hadn’t thought of) had a presence there.

The show was so big that it was impossible to “cover,” as I did the 1968 K in Düsseldorf, Germany, walking 30 miles (as measured on a pedometer the show organizer gave members of the press) in eight days. This NPE had zones that helped the visitor focus on a topic, like moldmaking or bottles (including PET for beer), but interesting stands popped up everywhere, and one could meet extrusion-minded people at the booths of resin makers, among others.

But “seeing it all” was as impossible as talking mice. The show catalog listed 123 suppliers of single-screw extruders and 143 suppliers of multi-screws! And there were similar-sized listings for equipment devoted to blown film, cast film, film takeoffs, pipe, profiles, tubing, sheet and sheet takeoffs, coating and foam. Plenty of multiple entries and overlapping, to be sure, but still overwhelming.

The place to go for technical progress was not only (nor mainly) the show floor, but the co-located Annual Conference of the SPE (Society of Plastics Engineers; Bethel, CT). You didn’t have to be there; members can access the program and learn who talked about what, and then follow up on what interests them.

Another co-located conference was Re|Focus, a conference devoted to recycling with two days of talks, put together by the Plastics Industry Association (PLASTICS; Washington, DC), formerly SPI, which organizes the entire NPE event. One session dealt with chemical recycling, which may use more energy than it saves. It was pitched as something new but the idea has been around for a long time, as well as the problems of collection and separation. I see it as green imaging more than environmental gain, but imaging matters. What I found more interesting was the use of agricultural waste as fillers (C2Renew, which exhibited products on the Steinwall stand).

Yet another two-day meeting was Agricultural Plastics Recycling, run by materials broker SWIX every year. It is small enough to be useful both for content and networking, but with the competition from NPE, it had to be a challenge to attend this and still see materials and machinery on the really big show floor.

There were many publications distributed during the show, full of huge ads which didn’t say much more than, “Hey, look at us, this is what we do!” Sign of a mature industry?

If you didn’t go to NPE, try to get a catalog so you have the addresses and sites of all the exhibitors, and go to the smaller, more specialized shows and conferences, like PLASTEC East in New York, June 11 to 13; SPE’s Extrusion Minitec in Atlanta on June 21; and Extrusion 2018 on Sept. 18 to 20 in Cleveland.

Griff will present a live seminar in Amherst, MA, on July 11. Seminars in your plant are also available. If you can’t attend his live events, he offers a Virtual Seminar, which can be seen at any time, anywhere. E-mail Griff at the address listed above for more information.