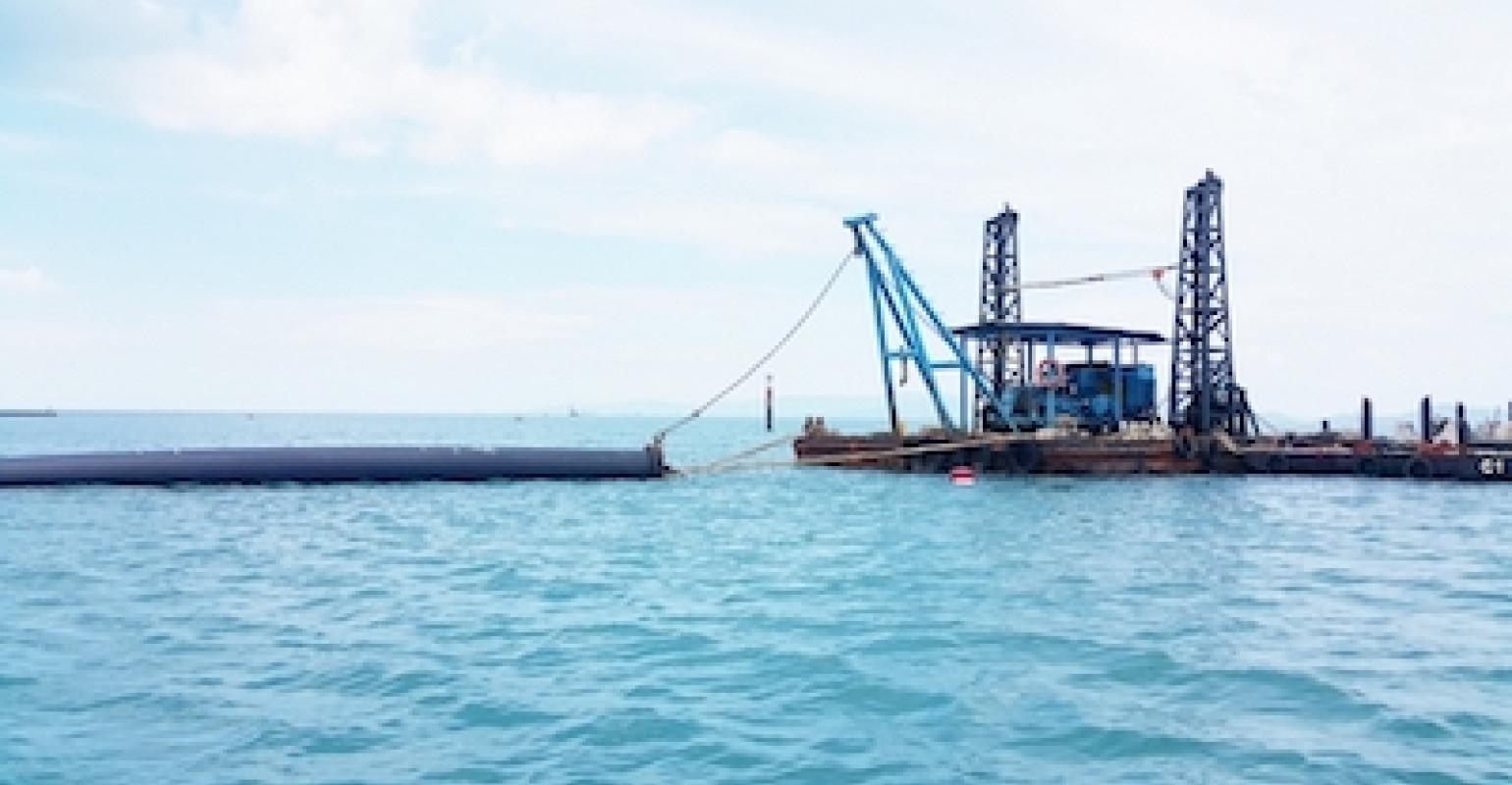 The subsea pipes are made with what SCG Chemicals describes as the world’s first PE112, a high-density polyethylene (HDPE) resin developed by SCG that affords 10% greater pressure resistance in comparison to PE100 grades.

Resin supplier SCG Chemicals has partnered up with Thailand’s Provincial Waterworks Authority (PWA) in the country’s first-ever underwater pipeline installation project, featuring a freshwater water pipeline of approximately 20 kilometers from Khanom District in Nakhon Si Thammarat to the island of Samui in Surat Thani. The subsea pipes are made with what SCG Chemicals describes as the world’s first PE112, a high-density polyethylene (HDPE) resin developed by SCG that affords 10% greater pressure resistance in comparison to PE100 grades available on the market. The material helps ensure that the pipes meet required safety standards and achieve maximum efficiency.

The THB3 billion ($94.3 million) Samui Submarine Water Pipeline Construction Project is set to enhance the efficiency of the island’s infrastructure and alleviate water scarcity, which will in turn boost its tourism industry and the economy of the country.

PWA Governor Nopparat Maythaveekulchai said the tourist resort island of Samui frequently experiences water shortages during dry spells. To meet the demand for water, PWA initiated the project to provide access to tap water to residents across the island. The project has reached completion, and water delivery to Samui has started.

The success of the project is due in part to the innovative material of the pipes, developed SCG Chemicals. For this project, PWA chose SCG’s PE112, a resin that affords the pipes with toughness and durability and enables them to withstand subsea pressure, lending the pipeline the strength it needs. The durability of the pipeline has been proven when it was left unaffected after being hit by the tropical storm Pabuk. The installed pipeline will supply water to 64,000 more people in Phunphin, Muang, Kanchanadit, and Donsak Districts on mainland Surat Thani and on Samui.

Sakchai Patiparnpreechavud, Vice President – Polyolefins and Vinyl Business of Chemicals Business, SCG, stated that the company is extremely proud that its innovative plastic resin has contributed to the success of Thailand’s first subsea water pipeline and a better quality of life on Samui, which is visited by over 2.5 million tourists each year and is often faced with water shortages in the dry season.

Why the Expiration of Unemployment Benefits Will Foster Job Growth (and Why it Won’t)
Sep 13, 2021