Reflections on NPEs past and present: From the Chicago Stockyards to talking mice 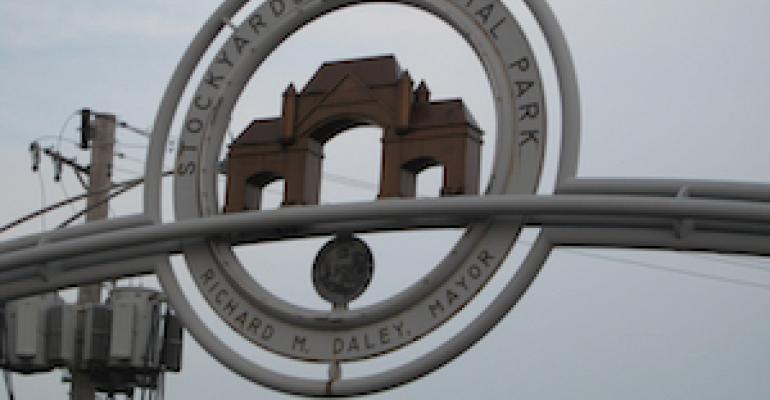 Allan Griff started attending NPE back when it was held in the Chicago Stockyards exhibition area. A lot has changed since then, but the essentials remain the same.

Before I start talking about NPEs old and new, I’ll remind you, as I do each month, that there are no toxic plastics. None of them. We do far more good than harm to our people and our Earth. The powerful antiplastics tide is a result of the uneasiness that all science creates (in this case, mainly chemistry) because science challenges the beliefs in the impossible that we need to stay sane and functional. The plastophobes are not stupid nor uneducated; they are scared, and they include some of us.

My first NPE was in the Chicago Stockyards exhibition area back in 1958. There were new molding machines with screws instead of plungers, extrusion lines making the same things they make now—mostly pipe and film—and the usual auxiliary machinery. They still had analog displays and clipboard-based data acquisition systems, by which I mean a man with a clipboard writing down data once an hour (maybe). A major difference was the prominence of the resin makers, who had big stands designed to attract and hold visitors. These stands included glass cases with products made from the exhibitors’ resins. The show was then, as it is now, a good place to meet people with similar interests, even without appointments.

That held for evenings, too, as many companies kept hotel suites open until 8 or 9 in the evening, with open bars, plenty of food and the chance to meet technical people who would not normally be on the stands.

The 1963 show in Chicago’s then brand-new McCormick Place will never be forgotten, as it was on Friday of that week, Nov. 22, that JFK was assassinated in Dallas. As I came into the main entrance, I saw people clustered around a bar TV, and I soon learned what had happened. It was around noon but as they say in the theater, the show must go on, and it did. Most people had traveled a long way to be there, and although it was less crowded and some exhibitors tore down stands early, we could still get to see the machinery and products. And in Connecticut, that day marked the first extrusion trials of foamed polystyrene sheet, but that’s another story!

From the 1970s through 2009, the show stayed in Chicago, getting bigger and bigger, but still serving the same people and purposes. Controls got more complex and extruder motors changed from DC to AC, but the basic principles of plastics processing remained (and remain) the same. As for materials, there were a few new resins that grew in sales volume, notably PET in beverage bottles, a resin already known as a textile fiber, oriented film and engineering plastic. PP and LLDPE were known by then, but saw great growth across this period, which meant more and more varieties, including copolymers, alloys and blends of these and other resins.

I have always been interested in artists’ image of plastics, so around 1985 I got permission for a group of 16 students from the School of the Art Institute of Chicago to visit the show. I took them around the machinery halls so they could see film made and crates molded. I told them about the creative heritage of the first thermoplastic (cellulose nitrate = celluloid) and later works, especially with acrylics in the 1920s, and the design possibilities that our materials allowed. I don’t know how much of it stuck, but I tried, and I hope that some of you readers try the same.

The NPE shows reflected the growing awareness of our limited resources and the relation to the environment, which became a useful theme to attract visitors’ attention. Recycling and recycled content grew in importance as they reduced our production (material) costs. Bioplastics (a fuzzy word like sustainability) still make news but their volumes are still drips, if not drops, in our bucket. That could change if biobased polymers get into beverage packaging, and especially if our industry develops cost-competitive and eco-positive plastics from agricultural waste and nonfood plants (grasses).

Since 2012, NPE has been in Orlando, FL, as big or bigger than ever, with all those popular activities competing with the show for your time and attention. To make matters worse/better, SPE now co-locates its annual technical conference at the same time and place. Planning for this week to get the most value from your visit is like a military campaign. It’s a week you won’t forget. And don’t forget, too, that mice don’t talk, not even in Orlando. Magic, yes, but don’t believe it.

NPE2018 comes to the Orange County Convention Center in Orlando, FL, on May 7 to 11.

Griff will present a live seminar in Costa Mesa, CA, on March 6. If you can’t attend his live event, he offers a Virtual Seminar, which can be seen at any time, anywhere. E-mail Griff at the address listed above for more information.