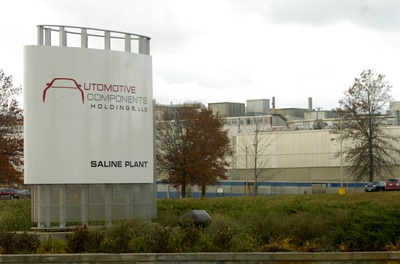 ACH will have only two remaining operations after the sale: the climate control business at its Plymouth, MI Sheldon Road plant and the lighting business at its Sandusky, OH, plant. Della DiPietro, a Ford spokesperson, told PlasticsToday that Ford is "actively pursuing" the sale of those businesses, finally unwinding the ACH entity it created seven years ago in part to ensure no supply interruptions.

ACH began operations in October 2005 as a temporary business managed by Ford that was formed when the automaker assumed control of 17 plants and six other facilities in the U.S. and Mexico from its one-time in-house parts division, Visteon Corp.

As part of this newly announced deal, a new joint venture between Faurecia and Rush Group Ltd. is being created called Detroit Manufacturing Systems (DMS). The Rush Group of companies includes one of Ford's largest minority- and woman-owned suppliers. DMS will take some injection molding from the Saline plant, as well as all the assembly and sequencing of interior trim parts, with about 500 people expected to be employed at the DMS facility in Detroit.

Faurecia noted in a release that the Rush Group will hold the majority of the capital and the management of DMS, while Faurecia will claim a 45% capital stake. Going forward, the Saline plant will focus on "core technologies", according to DiPietro, including injection molding, skin manufacturing and foaming operations with anticipated annual revenues of nearly $400 million.

DiPietro told PlasticsToday that ACH will retain ownership of the Saline plant, leasing it to Faurecia, which will manage it. That site is expected to employ about 1100.

Faurecia said the move reflects its continued growth in North America and commitment to its long-term partner Ford, which will become its third largest customer. The Nanterre, France based firm, which claims to be the top interior systems component supplier in the world, said the acquisition will make it North America's No. 1 interior systems supplier. The Saline business generates $1.1 billion in annual sales, supplying cockpit modules, instrument panels, door panels and center consoles for 12 vehicle programs assembled at eight Ford plants throughout North America.

The sprawling Saline, MI facility was opened by Ford in 1966, when the automaker shifted production from Brooklyn, MI. The facility grew from 800,000 to 1.6 million sq ft. When Visteon spun off from Ford, it took ownership of Saline in 2000, relinquishing it five years later.