São Paulo—Japanese conglomerate Sumitomo's decision to construct a new 20,000-sq-m gear box plant in Brazil will now benefit its injection molding business, which will also move into the new site, expanding its inventory, after sales business, training, showroom, and more.

São Paulo—Japanese conglomerate Sumitomo's decision to construct a new 20,000-sq-m gear box plant in Brazil will now benefit its injection molding business, which will also move into the new site, expanding its inventory, after sales business, training, showroom, and more.

Frank Schuster, general sales manager, Sumitomo (SHI) Demag said the new gear box plant, which is about 100 km north of São Paulo in Itu and completed in November 2011, would give the company space to build injection machines locally, if that's determined to be the best move from a business perspective. 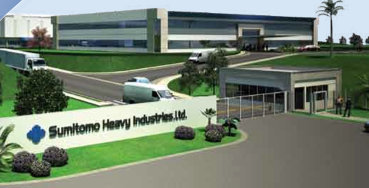 Sumitomo's gear box unit decided that Brazil's import duty and tax structure were unnecessarily restricting a business that could be growing and pushed it to invest $83 million in a 447,000-sq-m plot and a 20,000 sq m building in country that could avoid import penalties. At this time, Sumitomo (SHI) Demag remains competitive in the molding machine market it serves, despite the taxes and tariffs.

"Brazilian molders cannot buy the equipment we are selling locally," Schuster said. "And since they can't source locally, they are forced to do imports."

Of an estimated market size of around 3000 new injection molding machines per year, Schuster believed that Sumitomo (SHI) Demag can target the 500 or so higher-technology machines. He said the company currently sells around 60 to 80 machines per year, putting them second in terms of market share and growing.

"Brazil is a booming market for us," Schuster said. "We have more than doubled our machine sales here going back to 2007-2008." The Brazil branch services all of South America, with agents throughout the individual countries.

Energy prices and Argentine trade policy
Part of the increased focus on Brazil stems from the fact that Argentina is increasingly "closing its doors," according to Schuster, who said the government is raising trade barriers in an attempt to boost domestic machinery producers. "Nowadays, it is really hard to sell into Argentina," Schuster said.

In addition to that, the all-electric machine market is an increasingly important one for the company in Brazil, as it catches up to other nations in its usage of the technology for injection molding.

Extremely high energy prices, with an average per kwh costs of $0.165 in 2012, have local processors considering the power usage of their machinery more and more. The legacy Demag brand used to have production in Brazil, which boosted their installed base. That existing presence means now that the Japenese and German brands have integrated, the Demag office is selling Sumitomo machines, with a direct report into Germany versus Japan.